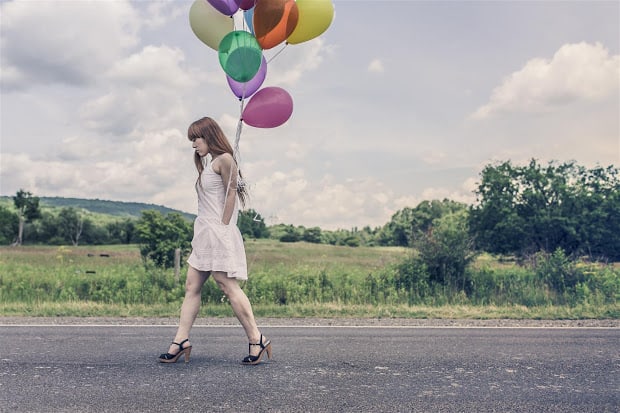 The age of 41 has been pinpointed as the moment in life when we stop caring what other people think of us, new research has revealed.

Staying in on a Saturday night, going to the cinema on our own and watching our favourite TV shows regardless of what other people think of them have been shown to be the top signs that we no longer care what people think. Research shows that most people hit this point aged 41, but a remarkable 49 per cent said they don’t care what people think about them at all.

The study found that as we pass 40 we no longer take personally how others perceive us and start to throw caution to the wind. This is in sharp contrast to our 20s and 30s, when 56 per cent of Brits bent over backwards to fit in with friends and work colleagues.

In fact, one in five admitted to dressing a certain way or liking particular music or bands simply because it was the ‘done thing’. Eight in ten believe being ‘different’ is what makes people interesting and that 40 per cent of people describe themselves as ‘unconventional’. Those who describe themselves as ‘unconventional’ are most likely to put it down to their outlook on life, followed by their sense of humour and the way they dress.

SIGNS WE NO LONGER CARE WHAT PEOPLE THINK

1. You only go out on a Friday or Saturday night – never both

2. You go to the cinema on your own

3. You’ll eat a meal in a restaurant on your own

9. You have embraced your natural hair colour

10. You dance at family parties

Damien Dally, head of brand for Jeep, said:  “Our research shows that, as a nation, we’re no longer content to just go with the flow – in fact, the opposite.

“Almost half of those surveyed (49 per cent) claimed not to care about what other people think at all. We’ve looked at how attitudes change as we get older and have pinpointed 41 as the age where we stop caring and gain the confidence to stand out from the crowd.

“Having the gumption to do what you like and follow your instincts comes with experience and self-assurance.”

The study, of 2,000 adults, found that 21 is the age at which Brits are most likely to worry what others think of them. And 56 per cent admitted they had times where they felt really apprehensive about trying to fit in at the age of 21.

Researchers also found 72 per cent now look back and laugh at the things they used to worry about doing or saying to impress people, and 75 per cent wish they could tell their younger self not to get hung up on what other people think.

Damien added: “What you may have perceived as uncool or out of the ordinary in your teens or early twenties you appreciate for being unique and interesting as you mature.

“Defying convention and being brave is what the Jeep Renegade stands for – and we too believe that different is what makes life interesting.”