A light, refreshing vodka specifically made to be mixed with water. 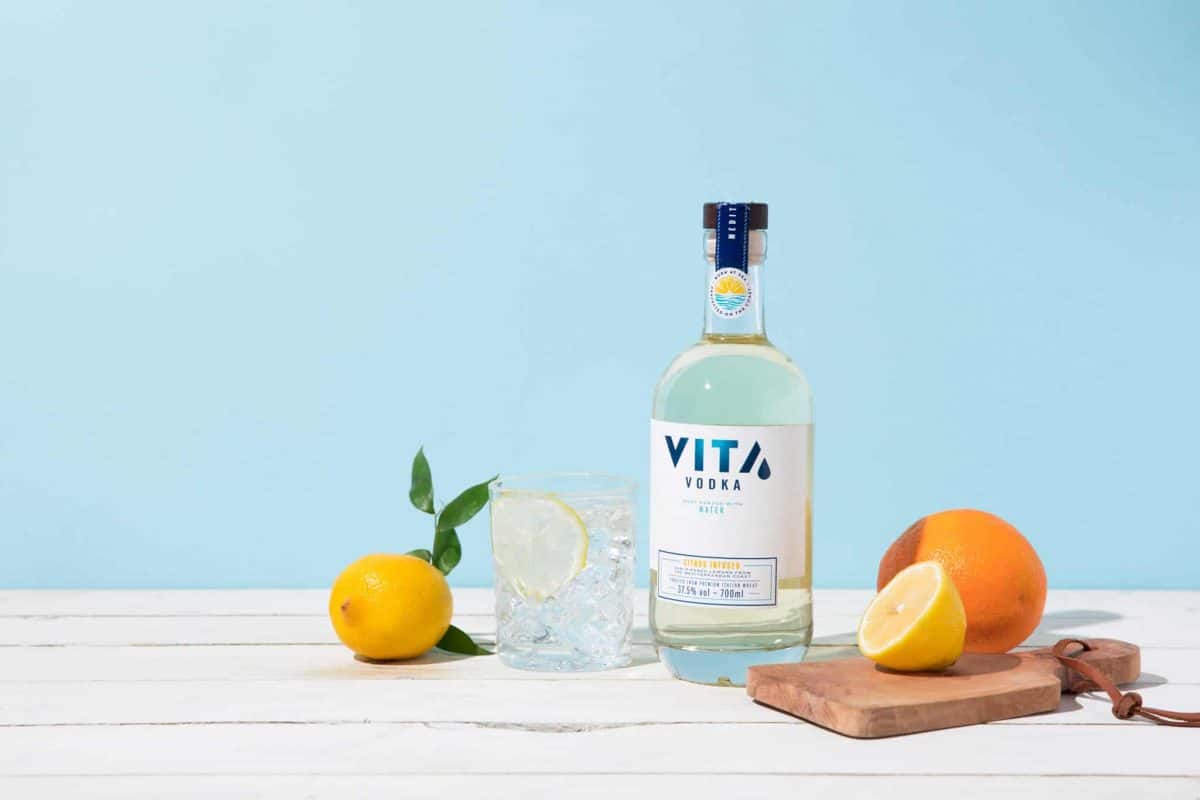 Low ABV cocktails have seen an exponential rise in popularity over the past few years. Some of the increased enthusiasm can be attributed to the rise of quality canned cocktails and American hard seltzers (literally spirit mixed with sparkling water and flavourings), now gaining traction in the UK. One of the most popular brands, White Claw has recently launched in the UK, having sold more than 80 million cases in the US last year, with a total sales growth of 240 percent. On the other hand, drinking habits have changed through generations. Thousands of millennials, for instance, favour conscious consumption, for a range of complex reasons – primarily health-based. Intended to appeal to health-conscious consumers, VITA is the world’s first vodka specifically designed to be mixed with water.

Unconvinced by the classic vodka and soda, VITA Vodka founder Victor Ruiz Lafita decided to create his own vodka – one that he and his friends would be able to enjoy with soda water. A vodka that would still be packed with flavour, even when diluted. After 18 months of research and 30 different recipes, VITA Vodka was created and first launched in Spain. Now available in the UK via International Beverage Holdings (Interbev), the spirit is triple distilled at a fourth-generation distillery on the outskirts of Barcelona and produced using Italian grain, fresh lemon zest, and water with exceptionally low minerality. The water’s low mineralisation is achieved by a reverse osmosis desalinisation process, allowing water to remain unaltered and natural when mixed with the vodka.

On the creation of VITA Vodka, Victor Ruiz Lafita said: “We wanted to redefine the way of drinking alcohol so that people could enjoy the pleasure of a drink without sacrificing a balanced lifestyle. We are looking to bring people to a new concept. That’s why VITA’s natural flavourings burst to life when mixed with just water, so you have a full-of-character long drink, without all the sugar or artificial ingredients of a conventional spirit mixer.”

Bottled at 37.5 percent, the final product is both gluten-free and sugar-free. On its own, the pronounced lemon notes are prominent, showcasing the bitterness of the fruit (specifically the peel) which lends a distinctive refreshing note, joined by a fairly robust finish. When mixed with soda water, as intended, the vodka’s base notes do stand up to the mixer, but they’re far subtler. While VITA’s lightness won’t be for everybody, it’s undeniably refreshing and easy to drink on its own, or with water.