It comes as LEON announced that its vegan burgers are now outselling regular burgers in its outlets. 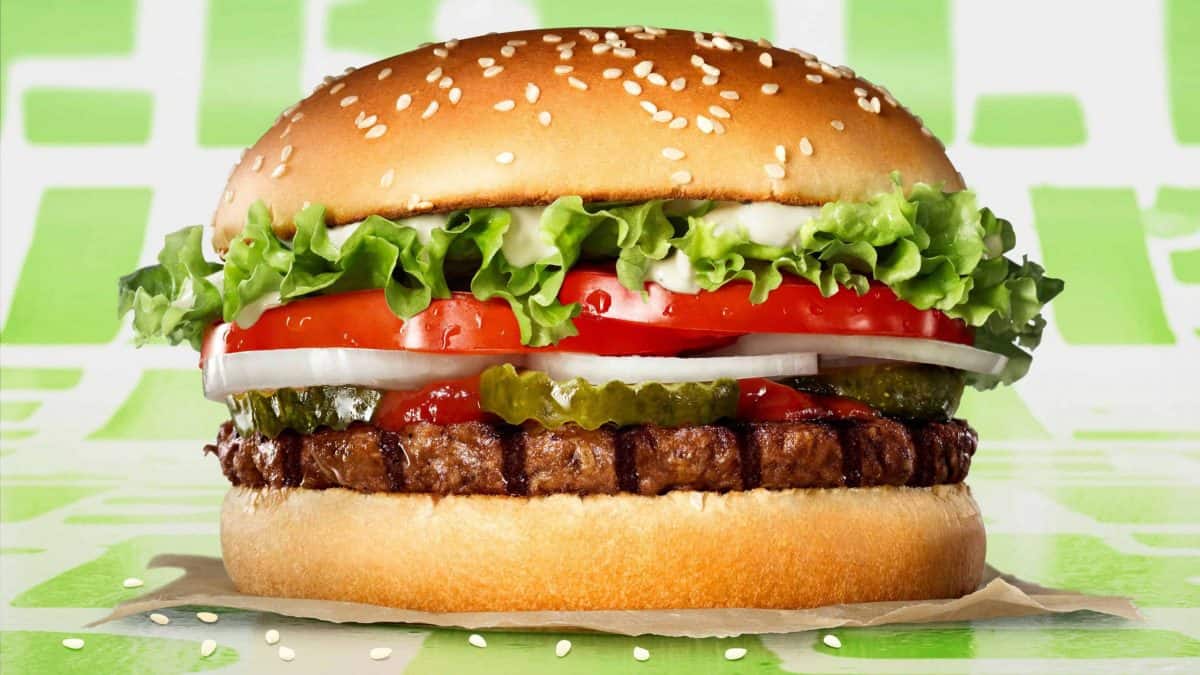 JustEat has recorded a 105 per cent year-on-year increase in vegan dishes ordered across the UK.

Based on takeaway orders, data shows the popularity of vegan dishes has soared so far this year.

Ceredigion in Wales, Northampton and Sunderland are among the places seeing the highest vegan order growth.

The sales results have been released a day after LEON revealed that its vegan burgers are now outselling regular burgers in its outlets.

Meat alternative products now make up almost 60 per cent of total sales across LEON’s 75+ restaurants in the UK, with vegan burger sales surging from 41.3 per cent to 56.8 per cent in 2020.

Leon’s most popular vegan product is its LOVE burger, which is made from a beetroot soya patty that is topped with smoked gouda-style vegan cheese, tomatoes and pickles.

In second place is the chain’s new chipotle and avocado burger, which is currently outperforming its predicted sales forecast by 57 per cent.

Staff members at bakery chain Greggs are also set to pocket around £300 each after the company announced a £7 million windfall payment to its employees following a “phenomenal year”.

The company said its underlying pre-tax profit, even with the payout to staff, would be ahead of expectations when it announces the 2019 results in March.

It comes a year after the launch of Greggs’ much-hyped vegan sausage roll, which has helped push up sales and extend the chain’s appeal to a new audience.

Subway, KFC and McDonald’s all launched veggie alternatives of their popular dishes at the start of the month.

Subway unveiled a meatless version of its classic Sub – the Meatless Meatball Marinara – while KFC rolled out a Vegan chicken burger and McDonald’s launched their new Veggie Dippers.

A plant-based Rebel Whopper was also launched at Burger King, although it is not suitable for vegans or vegetarians because of the way it is cooked.