The company’s vegan range has helped push sales up by more than 13% as takeaway firms celebrate Veganuary with meat-free options.

by Ben Gelblum
in Business and Economics, Food and Drink 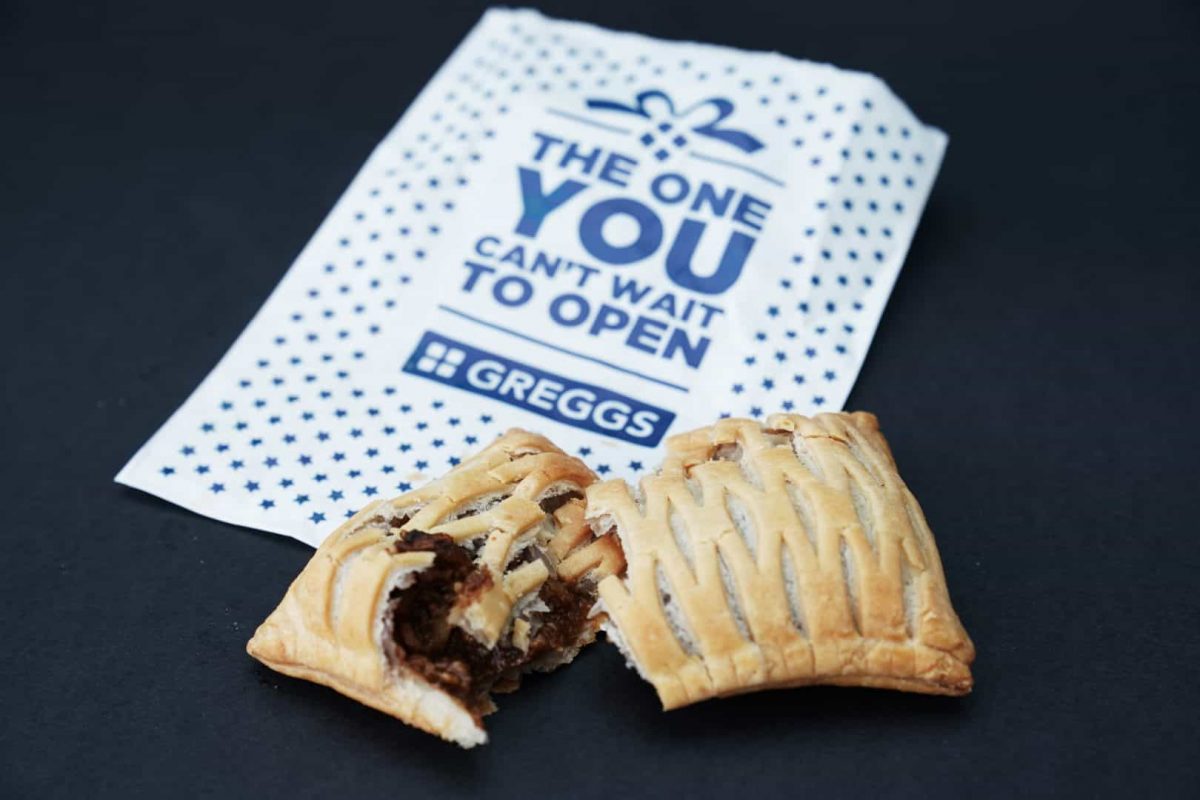 Staff members at bakery chain Greggs are set to pocket around £300 each after the company announced a £7 million windfall payment to its employees following a “phenomenal year”.

The company said its underlying pre-tax profit, even with the payout to staff, would be ahead of expectations when it announces the 2019 results in March.

“I am delighted to announce that we will also be making a special additional payment to all of our colleagues across the business who have worked so hard to deliver this success in what has been a phenomenal year,” chief executive Roger Whiteside said.

Greggs’ 19,000 employees who have been with the firm since before 31 March 2019 will get £300 each, while the remaining 6,000 staff members will be paid £75 per quarter they have worked for the baker. The bonus will be made at the end of January.

It comes a year after the launch of Greggs’ much-hyped vegan sausage roll, which has helped push up sales and extend the chain’s appeal to a new audience.

The meat-free pastry snack, which is now being termed “iconic” by the company, has been followed by other initiatives with the recent launch of a vegan steak bake, and a vegan doughnut.

The late-night launch of Greggs’ vegan steak bake this January was met with 20-minute queues, after over 300,000 people signed up to take part in Veganuary.

Greggs promised to keep evolving to cater to other chosen diets.

“Looking to the year ahead, we face strong sales comparatives and cost inflation headwinds present a challenge,” Mr Whiteside said.

Among these challenges, which were predicted to be tougher than in recent years, are the increase in national living wage costs, the business said. It also warned that the rising price of pork was likely to impact the business.

In October, Greggs said it was stockpiling key ingredients, such as pork, ahead of Brexit.

Greggs said a “disorderly exit” from the European Union would have a negative impact on the business, including the supply chain and consumer demand. The company has already said it will stockpile key ingredients and equipment ahead of Brexit in case of disruption.

The company is also facing higher input costs, in part due to African Swine Fever in China, which has pushed pork prices higher.

READ MORE: Queues for Greggs’ vegan steak bake as over 300,000 sign up for Veganuary