by Guest Contributor
in Environment, Food and Drink 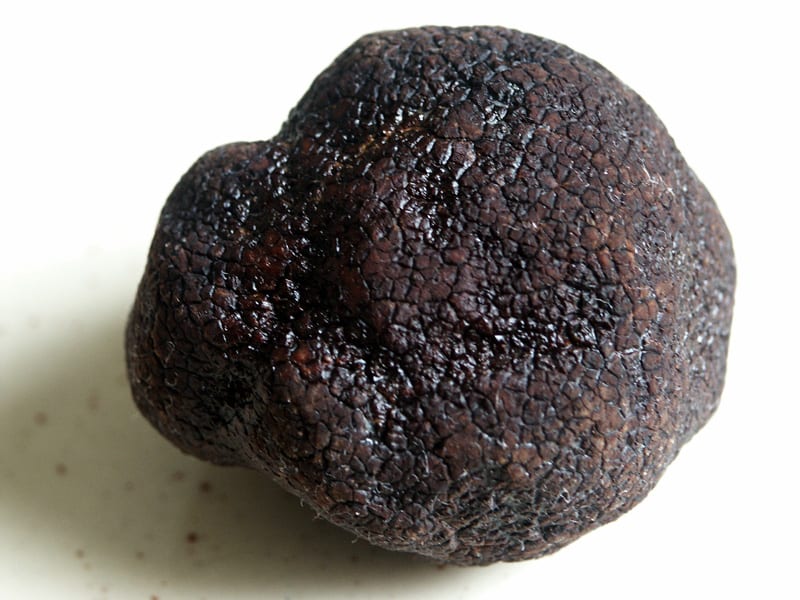 World leaders may start taking global warming more seriously after new research warned truffles will be extinct “within a generation” – due to climate change.

The world’s most expensive mushrooms could be wiped out by 2050, warns Scottish scientists, as they cannot last without water for more than three weeks.

But the lucrative industry, worth hundreds of millions of pounds annually, is set to disappear – with the future of the truffle as bleak as its colour.

Warmer and drier weather will be responsible for the destruction of the famous fungi, warn British scientists.

This will have a “huge economic, ecological and social impact” – and could be accelerated by heatwaves, forest fires, pests and diseases.

Lead author Dr Paul Thomas, a plant scientist the University of Stirling, said: “Our new study predicts that, under the most likely climate change scenario, European truffle production will decline by between 78 and 100 per cent between 2071 and 2100.

“However, the decline may well occur in advance of this date, when other climate change factors are taken into account – such as heatwaves, forest fires, drought events, pests and disease.”

Truffles can be black or white, depending on their region. Once the preserve of white table-clothed restaurants only, they were considered a luxury.

But in recent years they have been embraced by mainstream culture – and we can’t get enough.

Estimates have suggested the business could be worth as much as £4.5 billion by 2030.

So the team carried out the first analysis of its kind into the impact of global warming on European production.

Dr Thomas, an international authority on truffles, secured a £75,000 investment in his pioneering method to cultivate them in the UK on the first series of Dragons’ Den.

Although the deal later fell through, he now has truffle plantations throughout Europe, the US and South Africa – including over 30 in the UK.

Dr Thomas said: “We risk losing an industry worth hundreds of millions of pounds to the economy.

“However, the socio-economic impact of the predicted decline could be substantially larger as truffle harvesting and related activities form a key component of local history and cultural activity.”

The findings published in Science of the Total Environment were based on continuous records, spanning 36 years, of Mediterranean truffle yield in France, Spain and Italy.

Dr Thomas and environmental expert Professor Ulf Buntgen, at the University of Cambridge compared the data with local weather conditions.

This estimated the impact of climate change on production – enabling them to combine the results with temperature projections to predict truffle yields over the coming decades.

Added Dr Thomas: “This is a wake up call to the impacts of climate change in the not-too-distant future.

“These findings indicate conservational initiatives are required to afford some protection to this important and iconic species.

“Potential action could include the expansion of truffle plantations into new territories of a more favourable future climate.

Truffles, native to France and Italy, are regarded by gourmets as the ‘diamonds of the kitchen’ thanks to their unique, pungent flavour.

They grow underground, attached to the roots of certain trees, and are so hard to find they have to be sniffed out of by pigs and specially trained dogs.

The unique scent and flavour has been enjoyed for thousands of years, way back into Ancient Rome, and is often described as having a sensual scent.

Last year Dr Thomas grew the Mediterranean black truffle known as Perigord (Tuber melanosporum) in Wales – the farthest north the species has ever been found.

Mostly found in northern Spain, southern France and northern Italy, it turned up in Monmouthshire as part of project run by his firm Mycorrhizal Systems Ltd.

But Dr Thomas said the feat was ultimately only possible due to climate change.