Forced to temporarily close after just a few weeks of operation, Townsend will launch its first series of collaborations next month. 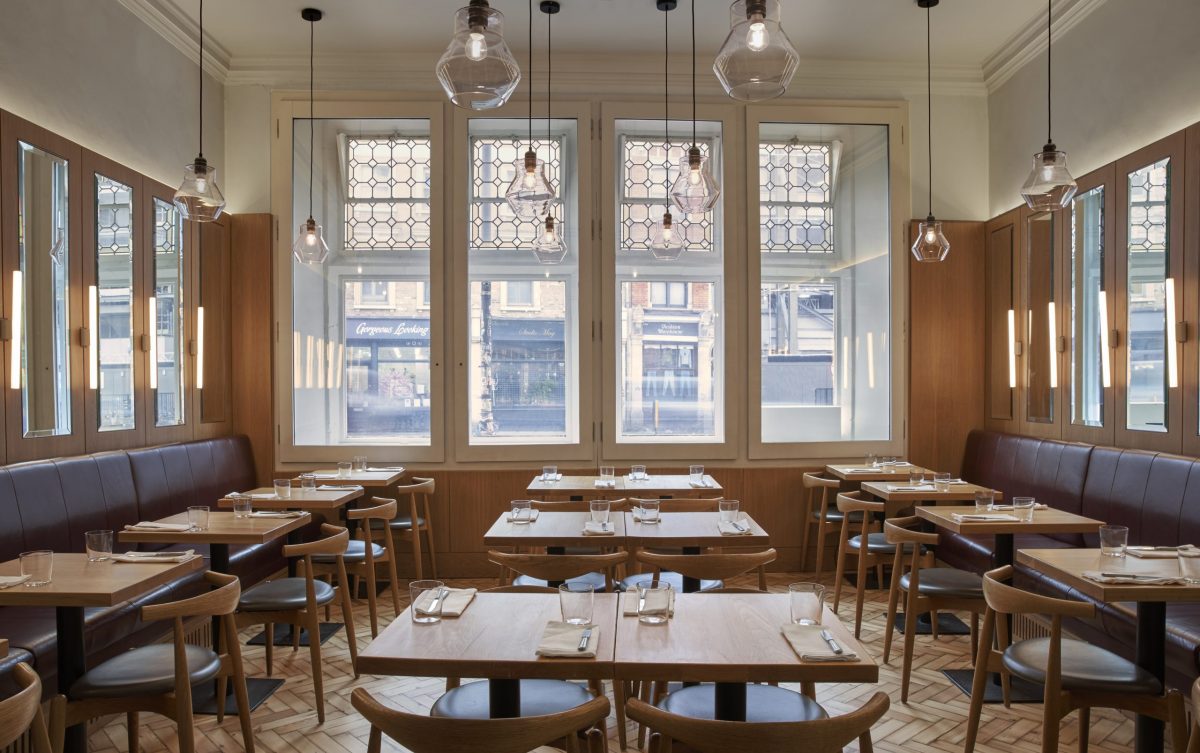 Taking over the restaurant space at Whitechapel Gallery, Townsend opened earlier this year. A modern British dining room with a menu of “creatively constructed seasonal dishes”, the restaurant was forced to temporarily close after just a few weeks of operation. Offering various delivery services throughout the government’s imposed lockdown, the restaurant eventually re-opened on 14th July and will launch its first series of collaborations next month.

At each event, the participating guest chefs will be invited to devise a menu inspired by their culinary backgrounds, while founder Nick Gilkinson will create a pairing of wines, beers and ciders, specifically chosen to match the collaborative chefs’ menus. At Townsend, wines are chosen for their accessibility and value, with a concise list focusing on old world vineyards and a mix of natural and traditional methods.

Beginning on Friday 9th October, the first event will showcase Manteca’s Chris Leach and Gabriel Pryce of Rita’s for a dinner which will intend to explore the boundaries of Modern American cuisine.

On Friday 23rd October, the next collaboration will see Townsend Head Chef Joe Fox joined by Damian Clisby. Before taking the position of Chef Director at Petersham Nurseries – where he first worked alongside Joe Fox – the chef honed his craft working with chefs such as Tim Hughes and Adam Byatt. At Townsend, Damian Clisby will draw upon his experience and passion for seasonal and sustainable ingredients, designing a menu focussed around seasonal game.

On Friday 9th November, the series will continue with chef Katja Tausig, who spent five years working as head chef of Koya Soho, while Friday 23rd November will see Emily Dobbs joining Joe Fox to create a menu drawing upon years spent working with Sri Lankan dishes and ingredients as part of her Weligama project.

On the new Townsend collaboration series, founder Nick Gilkinson told The London Economic: “The Townsend collaboration series is a celebration of the incredible talent in our industry. It’s a been a hell of a time of restaurants these past few months and we’re definitely not through the worst of it yet. So what better time than to band together for a series of dinners with our friends and compatriots.”

Townsend’s collaboration series will launch on Friday 9th October 2020. Tickets are priced at £36pp and are available from resy.com.