Today’s Special, an online auction, will raise funds for Action Against Hunger and Hospitality Action. 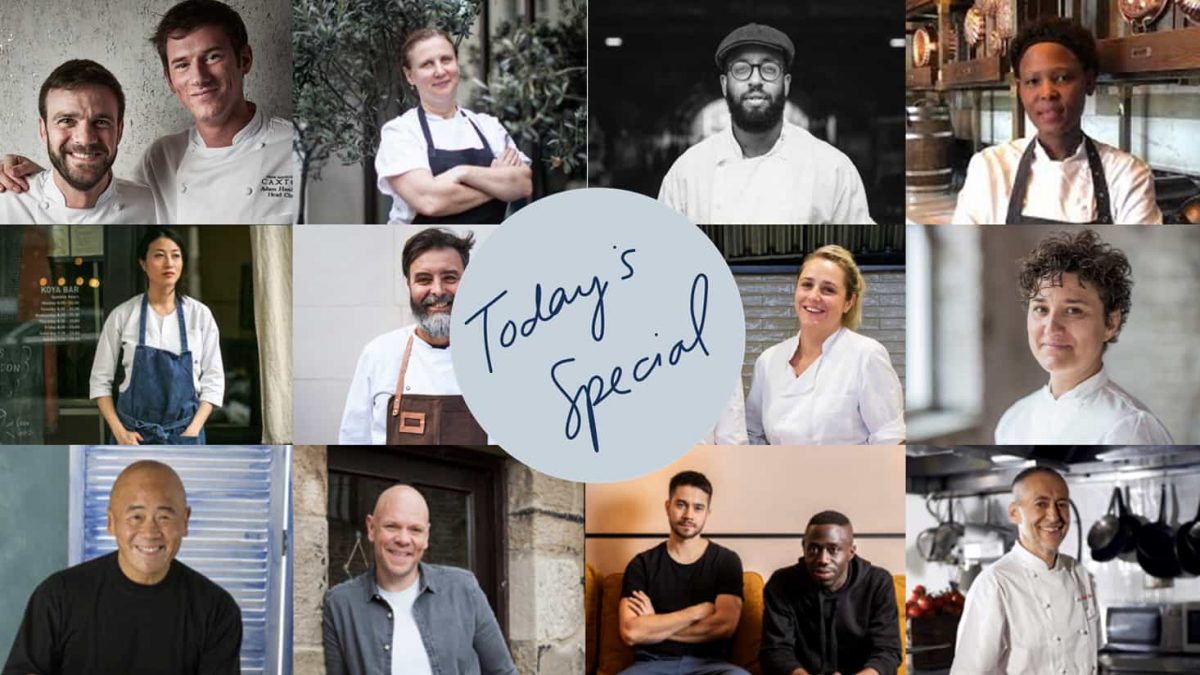 Taking place on Wednesday 1st July, a host of prizes will be available to bid on via Today’s Special – a huge online charity auction which will be live-streamed on Zoom.

Co-hosted by Andi Oliver and Oliver Peyton with a ‘live’ auction by auctioneer Tom Best, the event will offer the public the chance to bid on experiences from chefs such as Angela Hartnett, Michel Roux Jr and Tom Kerridge, as well as restaurants including St. JOHN, Franco Manca, Hawksmoor, Dishoom, and Pho. All money raised from Today’s Special will be split between Action Against Hunger and Hospitality Action, organisations supporting those at risk of hunger in the UK and around the world, as well as hospitality workers hit hardest by the industry shutdown in the UK.

The charity auction lots will include a bespoke celebratory cake by Lily Vanilli; a Sunday roast cooked for you in your home by Sally Abé, head chef of London’s only Michelin-starred pub, The Harwood Arms; or a jerk-spiced fried chicken street party catered by James Cochran with draught beer from Forest Road Brewery’s Tactical Beer Response Unit.

A series of ‘virtual’ and in-person cookery sessions will also be offered, such as private Zoom masterclasses for a group of friends with chefs Michel Roux Jr, Angela Hartnett, Shuko Oda, Ching He Huang and Sabrina Ghayour, and pastry chefs such as Hele Goh (Ottolenghi), Anna Higham (Lyle’s and Flor) and master sourdough baker Adam Sellar (Angel Bakery).

The event will begin at 8pm on July 1st and prospective bidders can buy a £5 ticket to the event, which will give access to the Zoom livestream and enable them to place bids using a virtual paddle. Ticket holders will also be able to participate in a silent auction which will include more than 100 lots from every corner of the country. Through the two auctions and the ticket sales, Today’s Special is aiming to raise at least £50,000 for Action Against Hunger and Hospitality Action.

On Today’s Special, Andi Oliver said: “Very excited to be hosting Today’s Special. These are such tough times for so many in our industry and projects like this one will help us to get to the other side. Supporting each other and coming together is the way forward and I am so pleased to be able to play my part. All proceeds go to Action Against Hunger and Hospitality Action, two inspired organisations working at the forefront of this crisis.”

Huw Gott, Co-Founder of Hawksmoor, said: “Restaurants, pubs and bars don’t just feed people, they nourish their souls and bring people and communities together. Hopefully Today’s Special can help two charities that are extremely close to our hearts, Action Against Hunger and Hospitality Action, continue to support those most in need and hospitality’s most vulnerable, whose struggles have become even more acute since the pandemic started.  I also hope it will celebrate the role and impending reopening of our industry: the neighbourhood restaurants, the incredible independents, the high-street favourites and the multi-starred greats as they struggle to their feet to welcome people once more.”

Many more prizes will be announced in the run up to the event, with regular updates on the Today’s Special social media channels and theauctioncollective.com. Tickets can be purchased from eventbrite.co.uk.