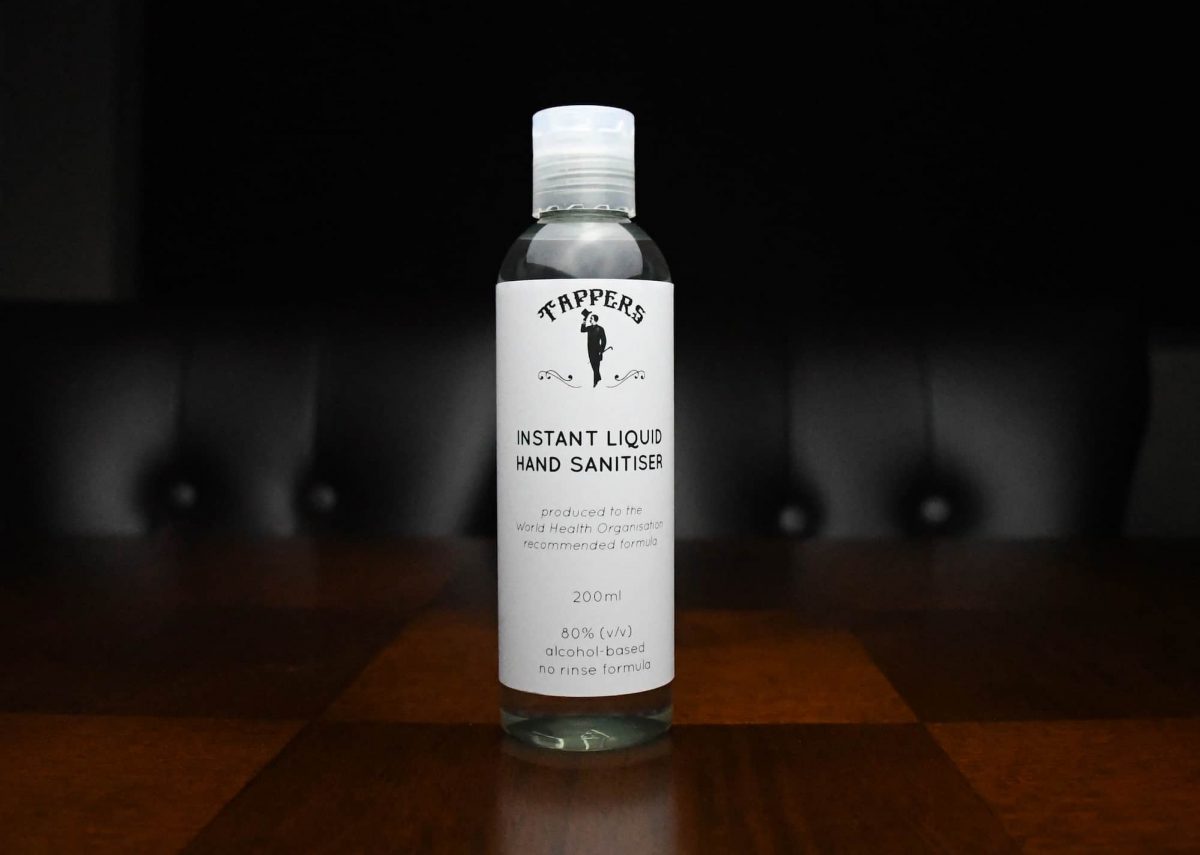 With this new initiative, Tappers Gin hopes to make a small but vital contribution to tackling the ongoing shortage across the UK, which is also affecting key workers on the front line in the fight against COVID-19

“We work with ethanol (alcohol) on a daily basis to produce our gin and it’s a key component in the World Health Organisation’s recommended formula for hand sanitiser”, explains Founder & Managing Director, Dr Steve Tapril.

“Production-wise, it isn’t such a leap from making gin but we’ve had to acquire new licenses and obtain approval to go ahead. We want to do our part where we can”, adds Tapril.

The World Health Organisation (WHO) recommends hand sanitiser has an alcohol content of 80 per cent – something only achievable for those who are already working with the purest, industrial-strength alcohol such as a gin distillery like Tappers. But it isn’t for drinking, Tapril explains:

“It’s for external use only, of course. While ethanol is the main component, we’ve also added hydrogen peroxide and glycerol – the glycerol helps to soften and reduce the loss of moisture from your hands.”

Helping to solve the shortage isn’t all that Tappers want to achieve by switching production. They’ve also pledged to set aside a portion of all proceeds so they can produce and donate sanitiser to front line workers, and others most in need, during the crisis. Based less than a mile from Wirral’s Arrowe Park Hospital, Tappers are also looking to support their local community.

“We thought about fundraising at first but realised we could make a more practical contribution by donating sanitiser. Rather than crowdfunding or asking for help up front to fund production, we took the plunge since the need is there right now. We’re instead using proceeds from sales to those who are less in need, to cover our costs and produce sanitiser that we can then donate to those who are most in need”, Tapril explained.

The Distillery has described this as a communal effort and notes that “we are all in this together”.

Tappers Gin’s no-frills liquid hand sanitiser is available to order from the distillery’s website, priced at £7.50, 200ml. Each purchase will enable vital donations to be made.

Renovations to boost the value of your property