In honour of Ireland’s Patron Saint, St Patrick’s Day falls on a Sunday (17th March) this year. Alongside ‘official’ London celebrations taking place this weekend – notably including a huge parade – many of the city’s bars and restaurants will celebrate in their own unique way this week and into the weekend. We pick the most […] 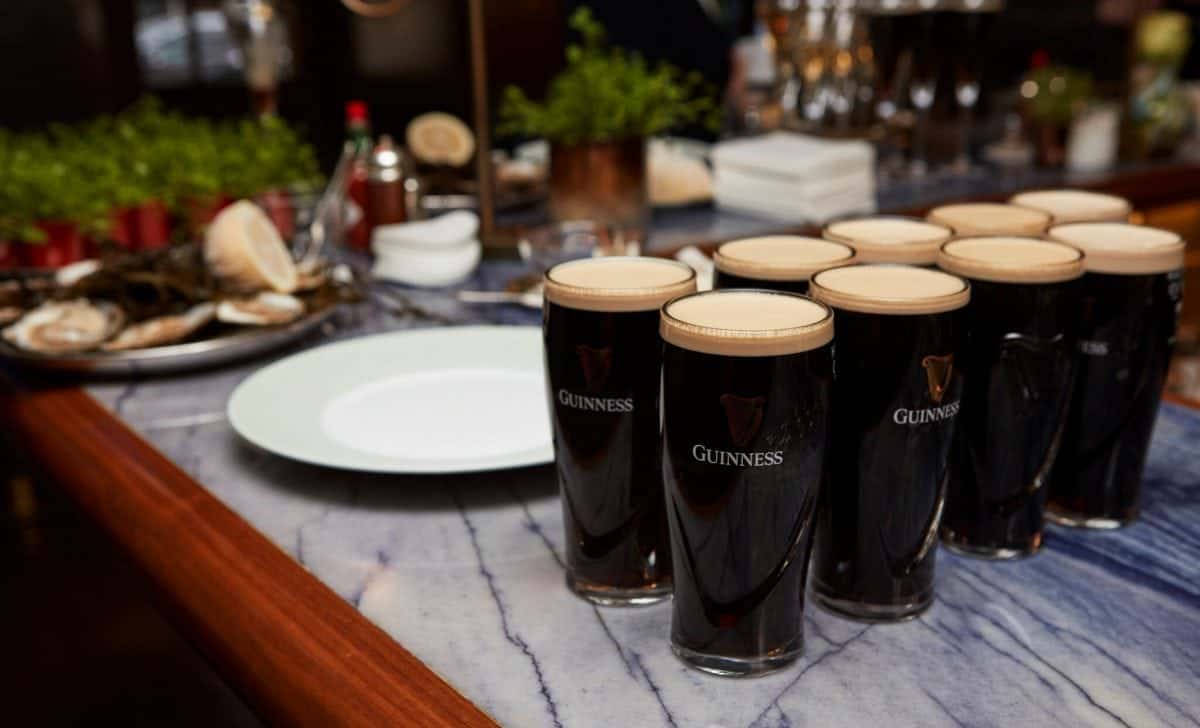 In honour of Ireland’s Patron Saint, St Patrick’s Day falls on a Sunday (17th March) this year. Alongside ‘official’ London celebrations taking place this weekend – notably including a huge parade – many of the city’s bars and restaurants will celebrate in their own unique way this week and into the weekend. We pick the most exciting events taking place this year.

Honouring the Irish heritage of Chef Owner Richard Corrigan and Head Chef Aidan McGee, Corrigan’s Mayfair will serve a menu of Irish classics this week. Utilising ingredients grown at Virginia Park Lodge, Richard’s Ireland estate, the menu includes the likes of slow-cooked pork belly, pan roasted cockles and clams with wild garlic mayonnaise; Irish stew served from the trolley; and Corrigan’s Royal fish pies with lobster, scallop and haddock. Moreover, a St Patrick’s Day cookery class will also be held at Corrigan’s Mayfair on Saturday 16th March (£250 per-person including lunch, 9.30am), while the restaurant will open on Sunday 17th March to serve a four-course Irish Sunday lunch menu (£49 per-person). Next door, Dickie’s Bar will serve a range of Irish classics throughout the week, including Black Velvet and Irish coffee. Another of Richard Corrigan’s restaurants, Bentley’s Oyster Bar & Grill will serve a ‘Feast of St Patrick’s’ on Saturday 16th March (£70 per-person, from 1pm). Here, dishes will include the likes of Bentley’s famous rooftop smoked salmon; traditional Irish stew, bacon and cabbage; and prune, sauternes and hazelnuts; followed by Irish apple tart and Irish cheeses. A ‘Post Parade Brunch’ will also be served from 2pm on Sunday 17th March (£70 per-person), including canapés on arrival, followed by a four-course menu. ‘Taste the Greatness of Northern Ireland’ at Borough Market

Running from Wednesday 13th – 23rd March, Borough Market will host a unique ‘Taste the Greatness of Northern Ireland’ showcase. Awarded the ‘Best International Food Destination’ at last year’s International Travel and Tourism Awards, Northern Ireland is home to plenty of exceptional produce, much of which will be showcased at this free event. As well as highlighting the award-winning food from Northern Ireland, a demo kitchen will be on hand, plus traders selling a wide selection of produce, including meats, traditional breads, snacks, sauces and spirits.

Traders will include the likes of Indie Fude, in the market from 13th – 17th March, which established Northern Ireland’s first cheese collective; and Mark Douglas, the Krazi Baker, who will be selling his authentic soda and potato breads from 20th – 23rd March. Celebrity chef Paula McIntyre will be in Borough Market’s demonstration kitchen from 13th – 17th March, cooking traditional dishes using products available at the showcase.  Moreover, Borough Market will open especially on Sunday 17th March for a free, family-friendly celebration with food, drink, cookery demonstrations and live entertainment.

Further information on the event can be found here. In collaboration with Irish black pudding brand Clonakilty, Irish food writer and Eat Like A Girl blogger, Niamh Shields, will host a one-off supper club alongside chef Milli Taylor (£42.15 per-person). Taking place on Thursday 14th March at Boki on Earlham Street, the event will showcase a five-course menu with and Irish theme, created in Niamh’s signature style. The complete menu is yet to be unveiled, but with champion black and white pudding throughout a range of dishes including croquette canapés, dumplings, ragù and more, followed by a selection of Traditional Irish cheeses.

Further information on the event can be found here. As part of the official London St Patrick’s Day Festival, Camden Market will play host to an all Irish music trail on Saturday 16th March, showcasing emerging artists, for the 3rd year running. Moreover, the market will also feature a range of St Patrick’s Day-inspired street food specials from some of the market traders. Yorkshire Burrito, for instance, will serve an Irish roast, featuring salt beef, colcannon, cabbage and gravy wrapped in a large Yorkshire pudding; Oh My Dog will serve ‘The O’Dogerty’, complete with Shamrock mustard, County Mayo mayo, green pickle relish and crispy ‘tayto’ flakes. Young Vegans, on the other hand, will serve their vegan Guinness steak and ale pie, while Chin Chin Labs will showcase a ‘Lucky Four Leaf Clover’ ice cream made with liquid nitrogen.