An unexpectedly smooth white rum with a carbon negative footprint. 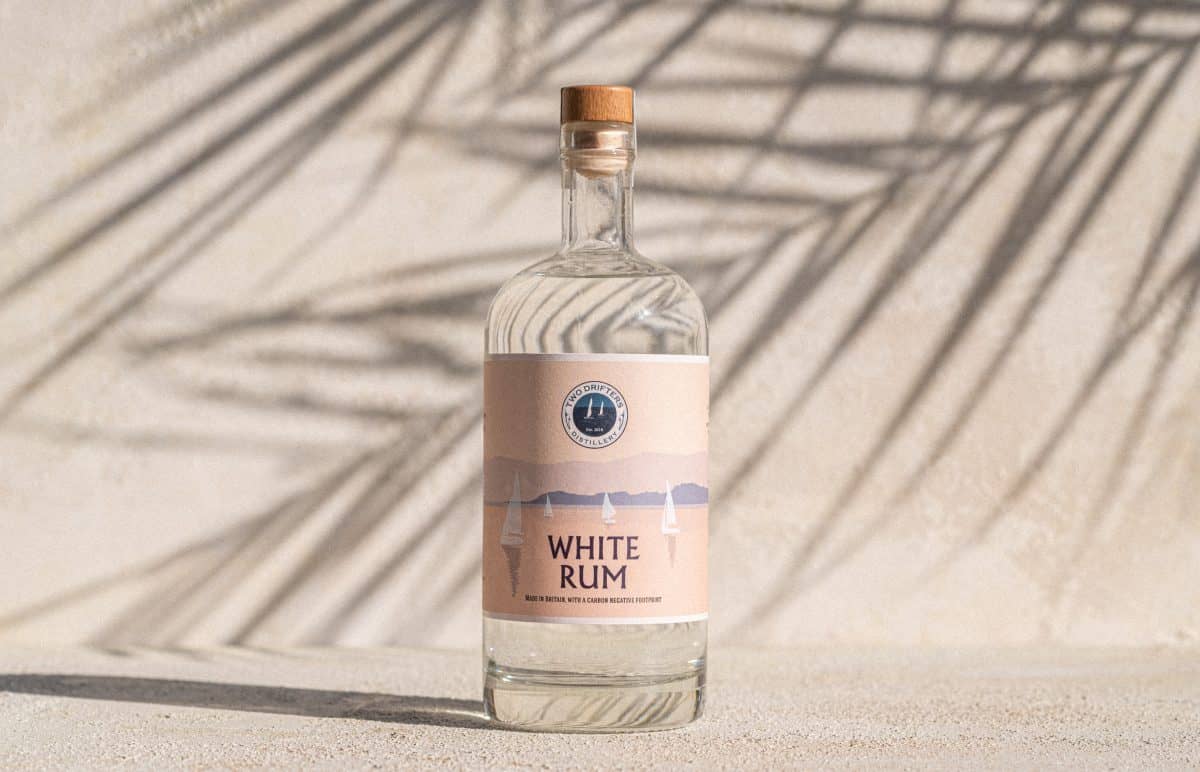 Set up to create versatile, well-rounded rums that limit their impact on the planet, Two Drifters produces the world’s first rums to be made with a carbon negative footprint.

Founded by husband and wife Russ and Gemma Wakeham, Two Drifters Rum operates from a warehouse near Exeter airport in Devon, designed around the brand’s CO2 emissions, from the equipment used to how it’s powered. With a PhD in Organic Chemistry, Russ Wakeham has spent many years working on carbon capture and utilisation technologies, hence the desire and ability to make the business produce more than just an eco-friendly product.

Producing zero emissions when making their rums, Two Drifters achieves its carbon negative footprint by working with Climeworks, a pioneering company who capture CO2 from the air, turn it into stone, and store it underground. The brand has worked out all of its CO2 emissions from field to glass and removed more than those calculated, which equates to more than 10 tonnes of CO2 since January 2019. Moreover, local deliveries are made in an electric van, waste molasses is donated to a local farmer, flexi-hex is used for shipping online orders, and biodegradable tamper seals by viscoseclosures are used.

Made and bottled in Devon, Two Drifters Rum’s portfolio includes five expressions, made by fermenting 100 percent molasses and distilling in their warehouse. Over 1800 bottles are produced each week, with a recent crowdfunding campaign having allowed the business to grow further, with a re-brand on its way. A customer favourite, Two Drifters’ Overproof Pineapple Rum uses the company’s spiced rum recipe, making a 63 percent rum, spiked with pineapple and salted caramel. Two Drifters white rum is twice distilled in pot stills before being further distilled in a column still, and the classic rum features natural burnt sugar added to their white rum. Elsewhere, Two Drifters spiced rum features the white rum blended with a mixture of spices and natural flavours, while the gold rum comprises Two Drifters white rum aged in American oak casks formerly used to store bourbon or sherry.

The unexpected smoothness is what’s most noticeable with Two Drifters white rum – a style often reserved for use in fruity cocktails. Alongside notes of sweet honeycomb and candied orange peel, some feint vegetal savours emerge alongside plenty of honey and treacle sweetness, plus the welcome presence of fruits such as pineapple and banana. A peppery warmth also prevails on the clean, smooth finish.