Tying in with the Mexican festival of Cinco de Mayo, Patrón Tequila will reveal the winner of their fourth annual ‘Margarita of the Year’ this weekend (5th May). Celebrating Mexico’s most famous cocktail, three finalists have been selected from the seven cocktails entered. These include the ‘Verde Margarita’ inspired by Mexico City, a ‘Salted Plum […] 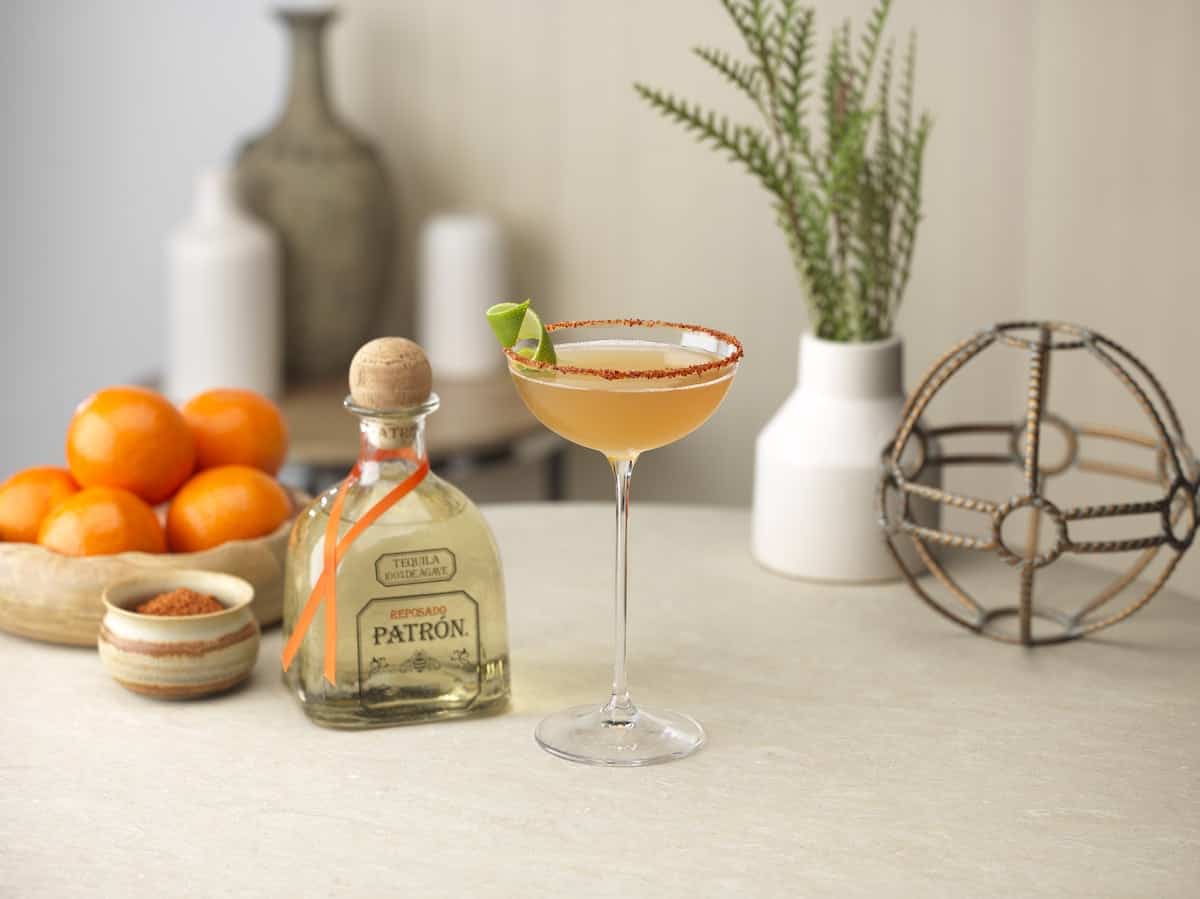 Tying in with the Mexican festival of Cinco de Mayo, Patrón Tequila will reveal the winner of their fourth annual ‘Margarita of the Year’ this weekend (5th May). Celebrating Mexico’s most famous cocktail, three finalists have been selected from the seven cocktails entered. These include the ‘Verde Margarita’ inspired by Mexico City, a ‘Salted Plum Margarita’ inspired by Osaka, Japan, and ‘La Margarita’ enthused by Los Angeles, California.

Like the ‘Mediterranean Margarita’ entered by Yanaida Prado (recipe below), ‘La Margarita’ uses Patrón Reposado as its core base spirit. Literally meaning ‘rested’, Reposado is one of the many expressions available from the world’s first ultra-premium tequila brand. Since its inception in 1989, Patrón has become one of the most popular tequila brands on the market, having built a new distillery in the Highlands of Jalisco, Mexico, and become the first spirits brand in its price point to sell one million cases. Earlier this month, news broke that Bacardi has acquired Patrón Spirits, following the completion of a $5.1 billion (£3.6 billion) deal.

Having ripened for eight years, 100 per cent Blue Agave plants from the Highlands region of Jalisco (where the plants are bigger and have higher sugar content) are harvested for the production of all Patrón tequilas. These are then stripped using sharp Coa tools, revealing the ‘piña’ heart of the plant. The piña is then hand chopped and slowly steamed in traditional masonry ovens for 79 hours before being macerated with large, volcanic stone-milling wheels (‘Tahonas’). The resulting juice is fermented for a further three days and double distilled in copper pot stills. Reposado is then aged in handmade barrels for an average of six months. The spirit is finally decanted into a bottle made using predominantly recycled glass, crafted by skilled glass artisans in Mexico, and sealed with sustainably sourced Portuguese corks.

On pour, Patrón Reposado is clear with a pale straw complexion, having drawn only a small amount of colour from the wood. Light aromas of caramel and orange rind are followed by a concoction of pine, vegetal agave and roasted green peppers, pine and white pepper. Notes of sandalwood and sweet vanilla eventually develop. When sipped neat, the spirit has a complex flavour heavy with herbs such as thyme and dill, plus further vegetal notes of agave and roasted peppers. The delicate taste is then finished with some prevalent sweetness of vanilla, cinnamon and honey, complete with some cracked black pepper, eventually manifesting into a smooth conclusion rife with butterscotch and continued savours of agave and black pepper.

A deeply complex, albeit delicate, Reposado; the spirit has far greater smoothness than Patrón Silver, enjoyable sipped neat or as a rich cocktail base.

Patrón Reposado is available from The Whisky Exchange, Harvey Nichols and Selfridges (SSP £49.99, 70cl). Further information on Patrón can be found here.

Combine liquid ingredients in cocktail shaker and shake with ice to chill.

Strain into a Chamoy/Tajín-rimmed coupe glass.

Garnish with a lime peel before exclaiming “Salud!”