RelatedPosts Easy and Effortless Sweetcorn Cake or Bake The best canned wine, for any occasion Beer of the Week: Kirkstall Brewery Gelato Tropicale Trifle Loaf with a Swiss Roll, Strawberries and Pecan Nuts By Jonathan Hatchman, Food Editor, @TLE_Food Argentinian wine brand Graffigna, renowned for its premium Malbec, has announced the winners of their second […] 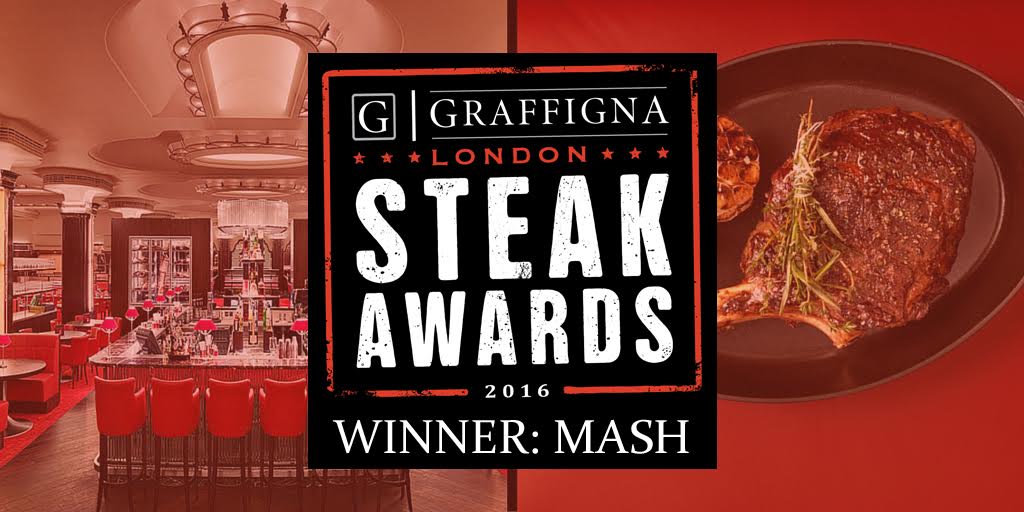 Argentinian wine brand Graffigna, renowned for its premium Malbec, has announced the winners of their second annual London Steak Awards. Narrowed down to four restaurants by a public vote, a panel of judges have crowned the steak at Soho steakhouse MASH as the winner of this year’s competition.

As with last year’s London Steak Awards, the scores were close, with last year’s winner Hawksmoor in third-place for 2016, Goodman in second, and Gaucho in fourth. On winning the award, MASH General Manager Maurice Duart said: “We are so happy (and surprised!) to have received this award – we were up against some stiff competition which just shows how great the steak scene is in London. It was a pleasure meeting all the judges and we can’t wait to proudly show off our award.”

Also speaking on the award, Toni Ingram, Head of Marketing, Wines and Champagnes at Pernod Ricard concluded: “This is the second year of the Graffigna London Steak Awards and we have a new winner showing the competitiveness of London steak restaurants. It may appear a dream job to be a judge on the awards but our panel had a genuinely tough time deciding on the winner of the top accolade. We’re already looking forward to 2017’s awards and seeing who makes the cut in the ever evolving category.”