Since the east London brewery’s venues were closed in response to the UK’s lockdown, Signature Brew has launched two new beers, plus a ‘pub in a box’ gift set. 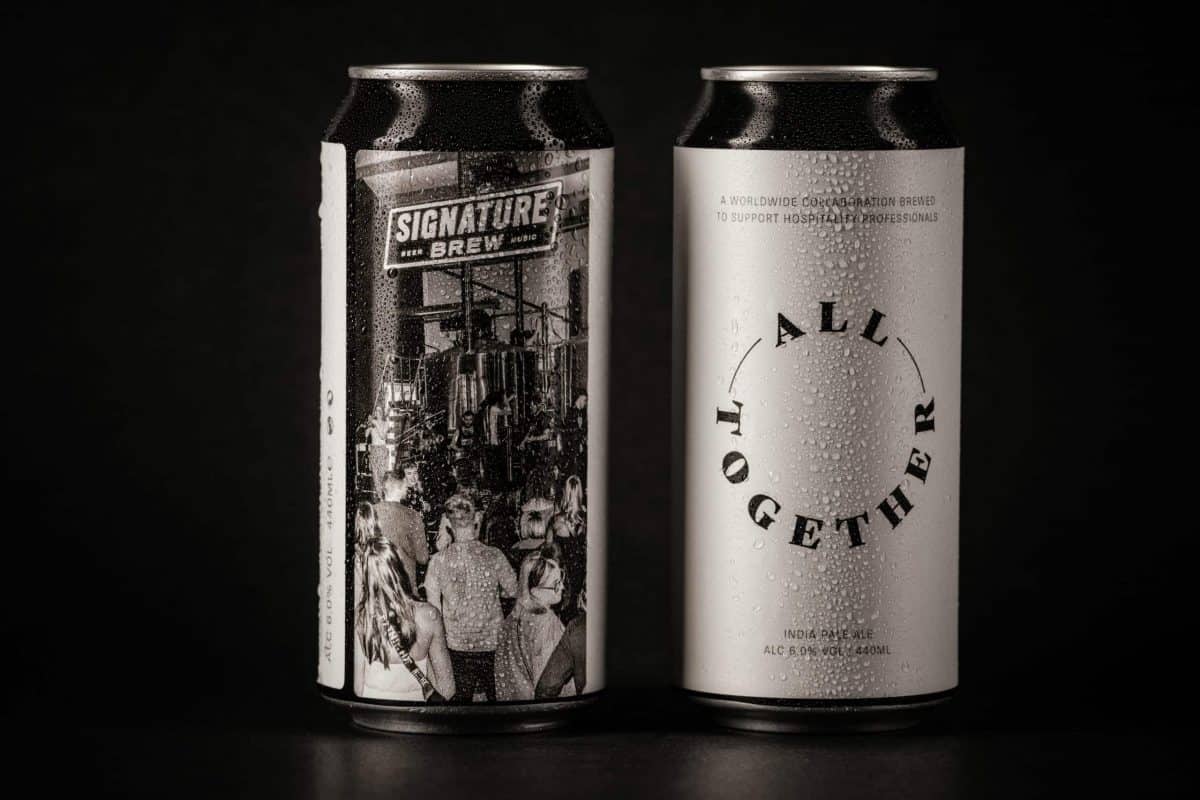 The world’s number one brewery for band collaboration beers, Signature Brew has worked with the likes of Idles, Mogwai, Alt-J, Slaves, Mastodon, Frank Turner, and more. Based in Walthamstow, the brewery was set up by Sam McGregor and Tom Bott, with a team comprised of musicians and music fans alike. Since 2011, Signature Brew has been on a mission “to revolutionise the quality of beer at live music events”.

In March 2020, Signature had to close their venues in Haggerston and Walthamstow, as well as their E17 burger bar. In the two months that have followed, the brewery since launched a number of new initiatives. These include the launch of two new beers: All Together, and Nightingale Beer – brewed with the women on Manchester Punk Festival, originally intended to be served at the festival, but has been available to consumers since the festival was cancelled, with £1 from every beer sold donated to NHS Charities Together. As far as events are concerned, the brewery will host two The Skints concerts (their first in E17 in over 10 years), with the band having been paid in advance, as well as a ‘Piss Up in a Brewery’ event (dates TBC).

To coincide with Father’s Day, Signature Brew has also launched ‘The Pub in a Box’ (£35). Delivered by out of work musicians (or by courier, national), the boxes are intended as ideal Father’s Day presents, bringing the pub experience to homes around the UK. In addition to a selection of beers, glassware, snacks, and a pub quiz, the boxes also contain a Father’s Day card which doubles-up as a voucher for a brewery tour for two, post-lockdown.

A project devised by Other Half Brewing NYC, with the aim to raise funds for hospitality industry professionals left suffering throughout Covid-19 lockdowns, Signature Brew ‘All Together’ is a New England-style India Pale Ale brewed with Mosaic, Citra, and Columbus hops. Each participating brewery was asked to brew a beer to a recipe released by Other Half, and to donate a portion of their choosing to a relevant cause. Taking this into account, Signature Brew are donating 20 percent of proceeds to The Drinks Trust – a UK charity supporting drinks industry professionals.

On pour, All Together has a hazy golden complexion, capped with a fine white head. Prominent tropical fruit aromas of passion fruit, tangerine, and orange juice are joined by some fresh zesty notes. Ripe, juicy tropical fruits continue to dominate on the palate, including pineapple, papaya, and passionfruit, joined by some marmalade savours with pithy bitterness that lingers on the soft, refreshing finish.

Further information can be found at signaturebrew.co.uk.