Saltaire Brewery, an independent brewery based in Shipley, West Yorkshire, has refreshed its branding and launched a brand new product line. Having crafted internationally award-winning beers since 2006, the brewery is now striving to bridge the gap between cask and craft ales with its commitment to high quality beer – producing 56,000 litres of beer […] 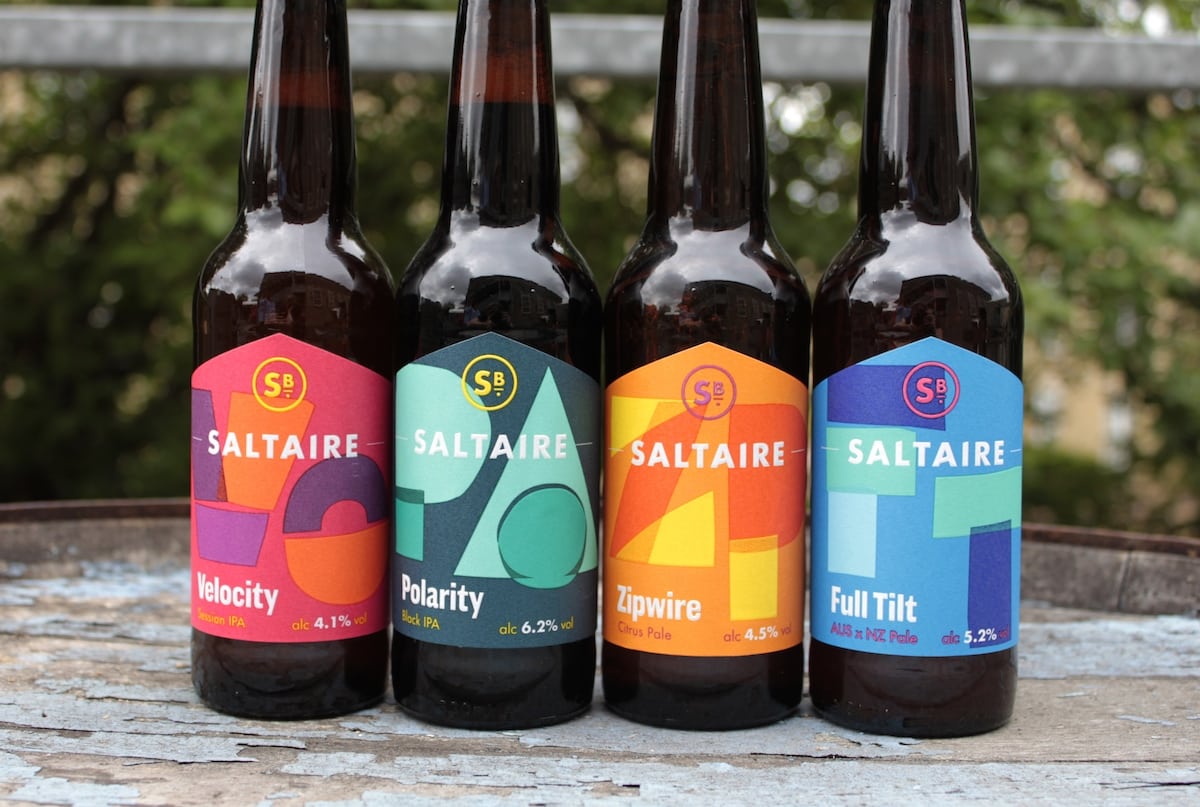 Saltaire Brewery, an independent brewery based in Shipley, West Yorkshire, has refreshed its branding and launched a brand new product line. Having crafted internationally award-winning beers since 2006, the brewery is now striving to bridge the gap between cask and craft ales with its commitment to high quality beer – producing 56,000 litres of beer each week.

As part of an ambitious five-year growth plan and ongoing investment programme led by Managing Director, Ewen Gordon, Saltaire Brewery has released a series of four new 330ml bottle and keg beers, in addition to re-branding.

On Saltaire’s new chapter, Managing Director Ewen Gordon said: “The beer industry has changed so much in the last 12 years and we’re not one to rest on our laurels. It’s important to stand out in this incredibly crowded market and to do so we must tell the story of who we are: fun, considered and proud of our heritage.”

Saltaire Brewery sales and distribution director, Nick Helliwell, added: “Adventurous, craft-led products continue to make significant impact in the market, so it’s vital for us to keep developing our beers and business, while remaining authentic. We’re proud of the products and styles that have helped us build the brewery over the last 12 years but this development will ensure we are fit for the future too. With all major retailers increasing their SKUs across the whole category, we want all our lines to stand out on the shelves as well as continuing to grab attention on bars all over the UK and beyond.”

From the new range of beers, ‘Polarity’ is a Black IPA. A contentious style with an oxymoronic moniker (featuring both the words “black” and “pale”), Black India Pale Ale began to enjoy increased popularity towards the end of the last decade. Popular in America, Black IPA typically boasts moderate to high ABV and is hop-forward with mild to moderate malt character.

On pour, Polarity has a dark brown complexion with a flash of red, crowned with a small off-white head. On the nose, prominent sweetened dark malt notes (Carafa, perhaps) are joined by dark stone fruit aromas of cherry and plum; finished with a waft of treacle which bolsters the overall sweetness. When sipped, the beer is perhaps less hop-driven than typical of its style. Instead, further sweetened dark malts are prevalent, matched with some more stone fruit and rich coffee notes synonymous with porter. With its medium body and relatively sticky mouth-feel, some hop bitterness eventually manifests, ultimately balancing the final product. A fair Black IPA.

Further information on Saltaire Brewery can be found here.