The best Christmas sandwiches of 2017 have today been revealed, with Pret’s Christmas Lunch Sandwich the pick of the 2017 season. Which? unveiled its first ever guide to festive sandwiches after recruiting 36 tasters to blind taste popular turkey Christmas lunch sandwiches and find out which ones really delivered the festive flavours. The Consumer Champion also uncovered […]

The best Christmas sandwiches of 2017 have today been revealed, with Pret’s Christmas Lunch Sandwich the pick of the 2017 season.

Which? unveiled its first ever guide to festive sandwiches after recruiting 36 tasters to blind taste popular turkey Christmas lunch sandwiches and find out which ones really delivered the festive flavours.

The Consumer Champion also uncovered some surprising facts that connoisseurs should know before choosing their Christmas sandwich.

In recent years, there’s been a proliferation of festive-themed sandwich varieties, from beef wellington, to brie and cranberry.

For the purposes of the tasting, the panel stuck to the standard festive Christmas lunch style turkey sandwich; choosing retailers with easily accessible outlets across the country.

Each sandwich has been scored with marks out of ten based on appearance, aroma and flavour.

Nikki Stopford, Which? Director of Research, said: “Christmas sandwiches have become an important part of the build-up to the festive season for many of us, so it’s time for Which? to add them to our festive tasting calendar.

“We’re delighted to be able to announce the Pret Christmas Lunch Sandwich our pick of the 2017 selection, thanks to excellent flavours and a generous amount of filling.”

Which? Best Christmas sandwich of 2017

Worth knowing: 50p from the sale of each Christmas sandwich is donated to the Pret Foundation Trust to help the homeless. Not a meat eater? Pret launched its first festive vegan baguette in 2016 and has expanded into other vegan and vegetarian options for Christmas 2017. 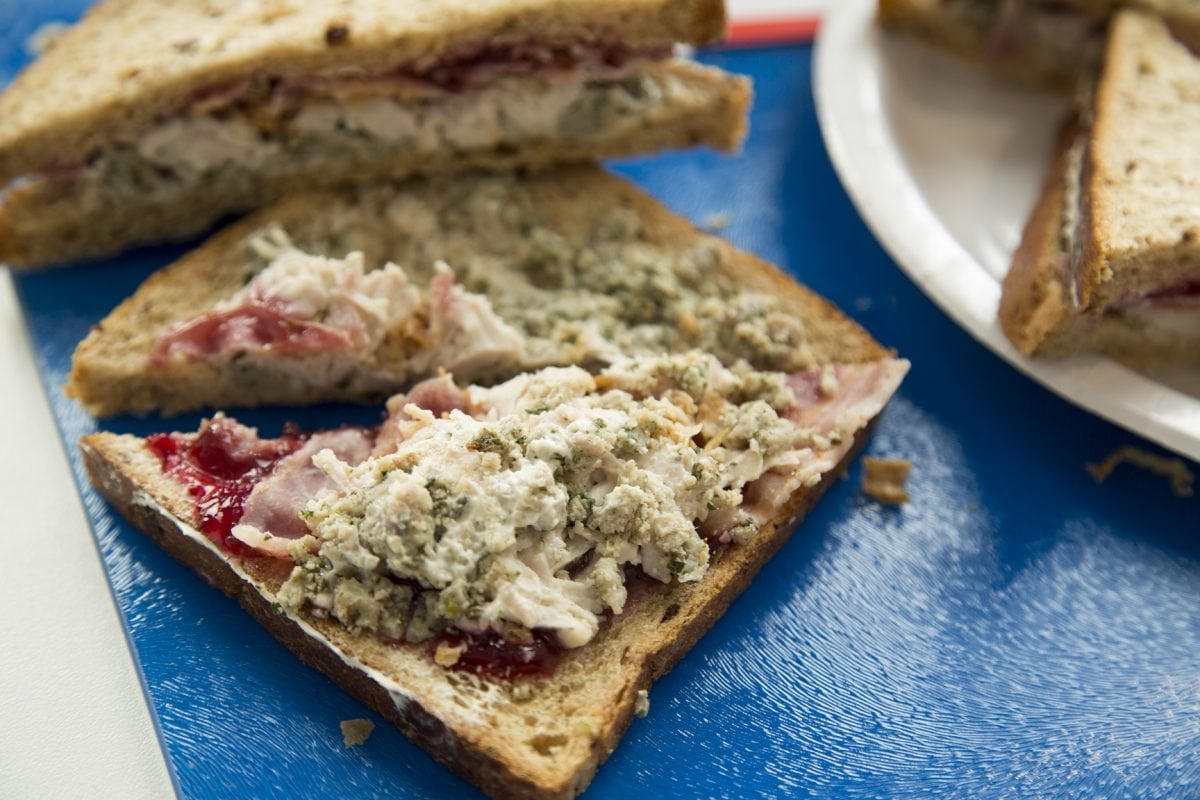 Our tasters said: “It’s a good sandwich, meaty, tastes of Christmas. Perhaps a bit light on the cranberry sauce.” “Filled evenly, bread not soggy. Tasty and well balanced.” “Stuffing could have been more flavoursome.”

Worth knowing: 5% of the cost from every pack is donated to Shelter to help people struggling with bad housing or homelessness. We paid £4.25 for this sandwich at a central London station M&S, making it by far the most expensive sandwich we tasted, but it will be cheaper in other stores. 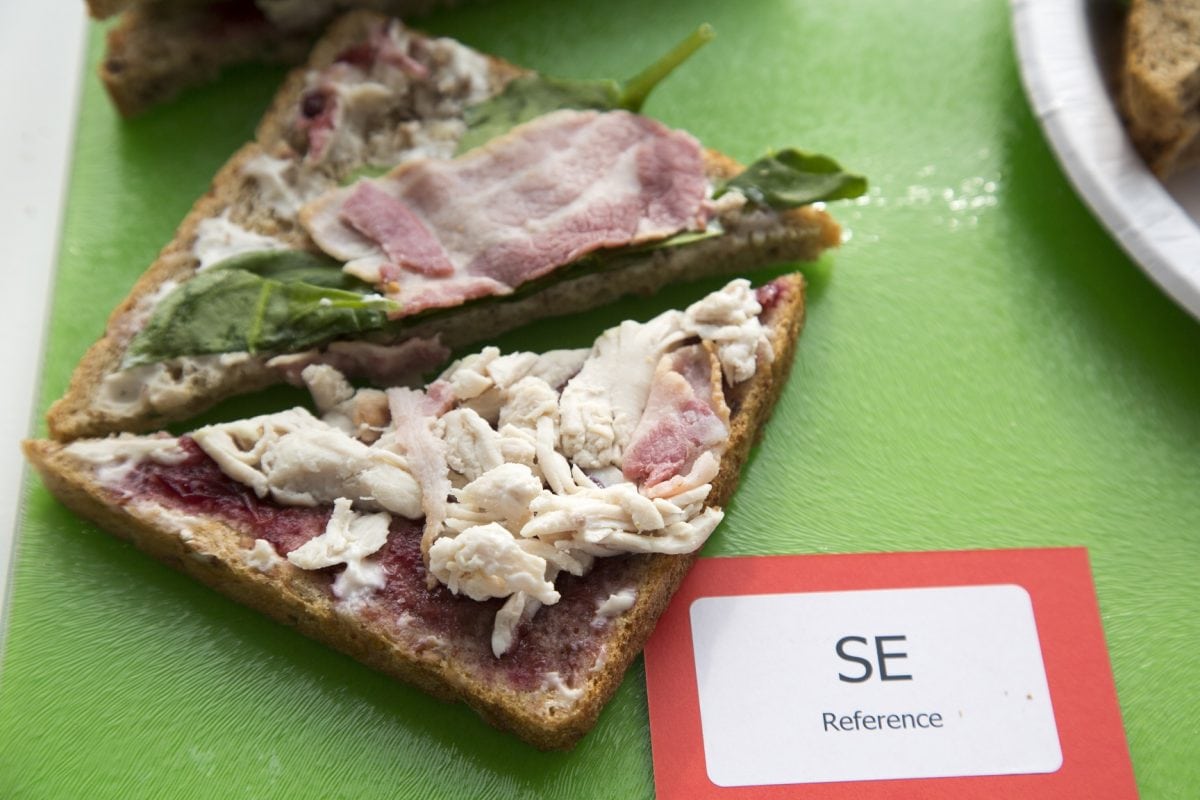 Our tasters said: “The sandwich had all the ingredients I would expect, the stuffing was tasty and had a little crunch because of the salad. The bread was soft and malty.” “Good depth, well filled, little too much mayo.” 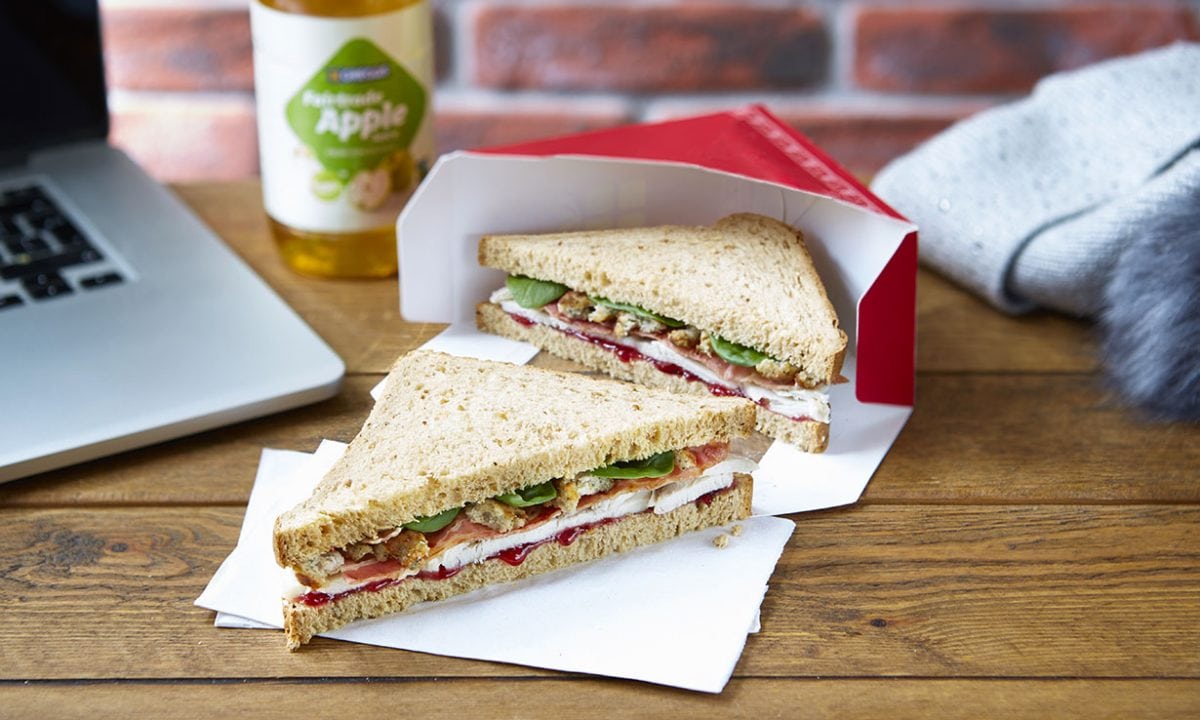 The Greggs’ sandwich is turkey with pork, onion and sage stuffing, smoky sweetcure bacon and cranberry and port sauce, spinach leaves and mayonnaise on malted bread.

Our tasters said: “Very nice stuffing, good amount of cranberry.” “Bit dry, especially the crusts. Not enough cranberry and the bacon was fatty.”

Worth knowing: This sandwich only launched on the 8th November. 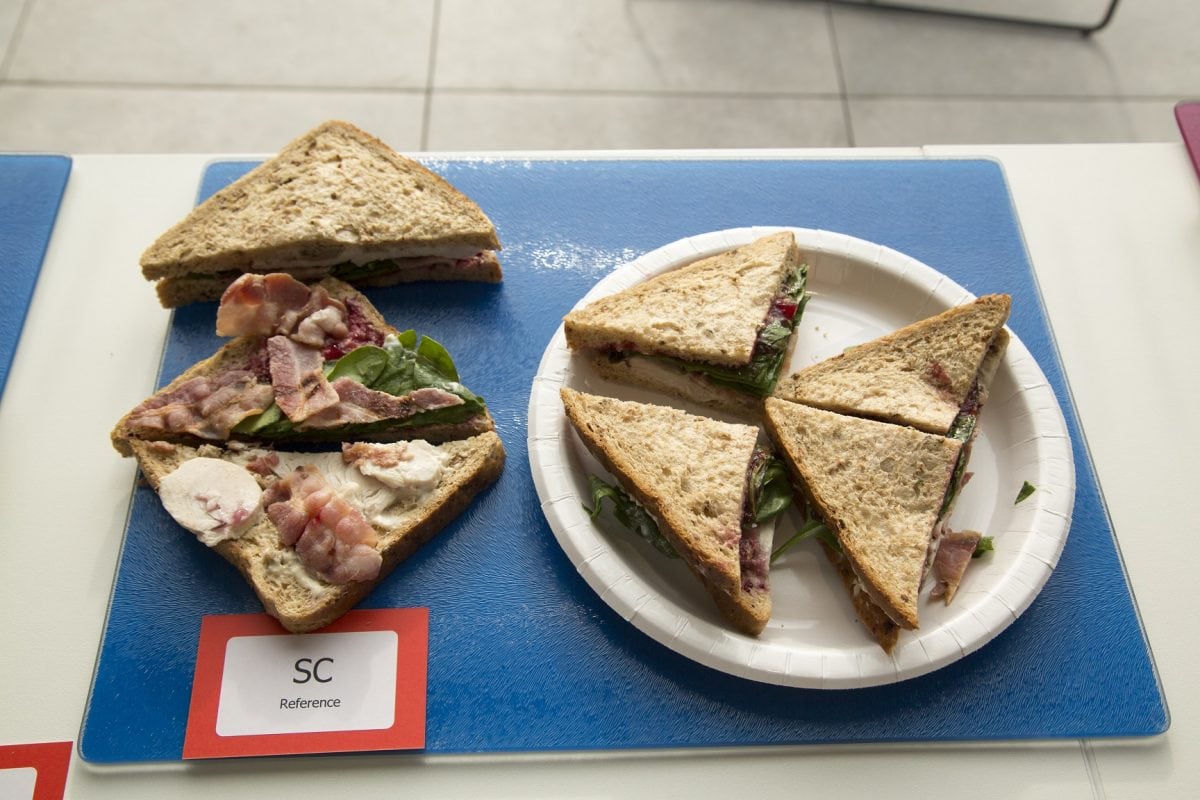 Our tasters said: “Decent balance of flavours, quite herby. Slightly too much spinach, good for colour but not Christmassy.” “It was tasty, just the right amount of meat.” 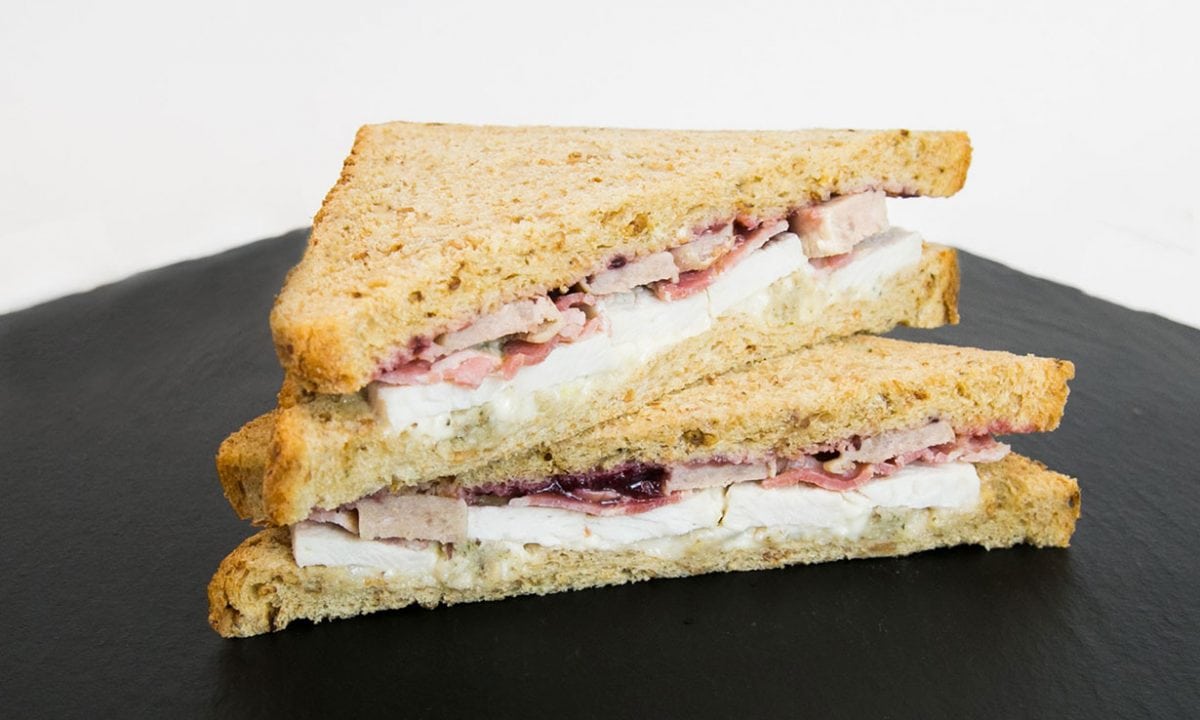 Our tasters said: “Bread is a little over-moist. Good portion of cranberry sauce and turkey.” “It didn’t look great but it tastes pretty darn good.”

Worth knowing: This sandwich had the highest calorie count out of all the sandwiches we tested, as well as the most salt and fat. 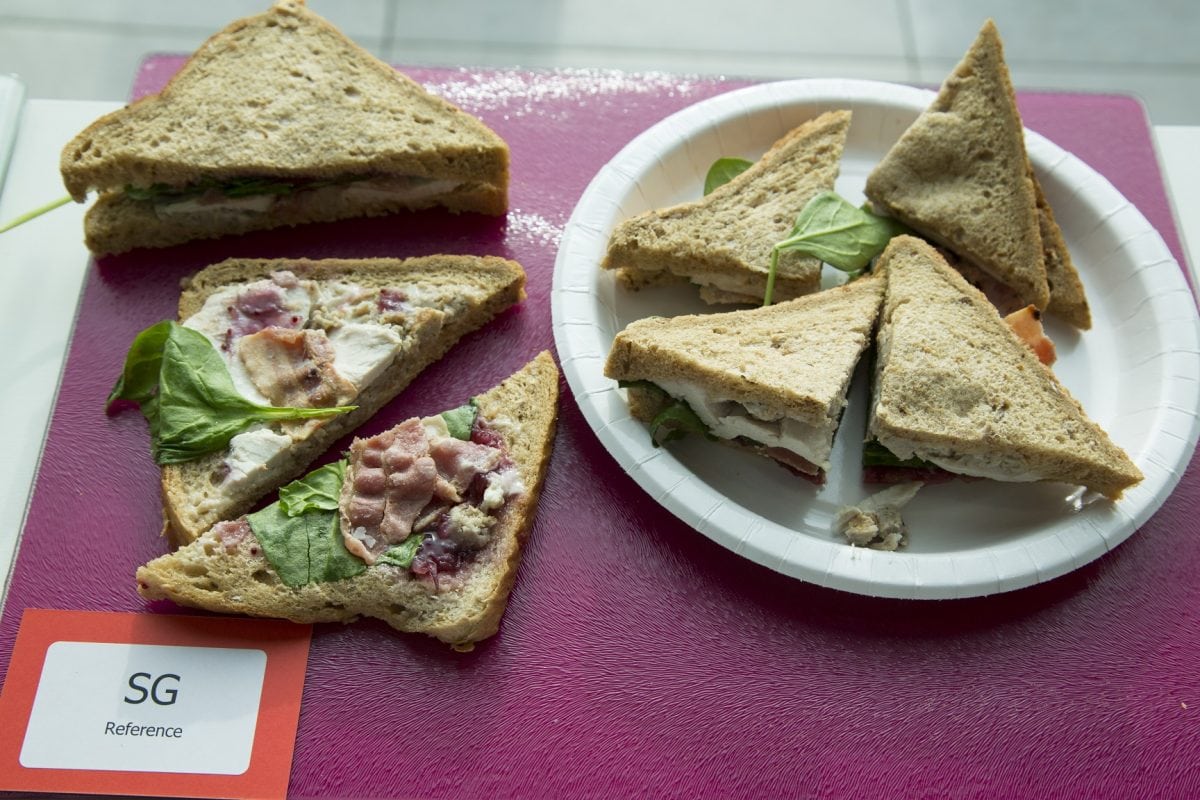 Our tasters said: “It looks good, but actually lacks a bit of taste. Nothing very distinctive about it.” “Too moist.” “Good turkey, could smell more Christmassy.”

Worth knowing: This is the second ever Lidl Christmas sandwich and it’s the cheapest sandwich of the selection we tasted. 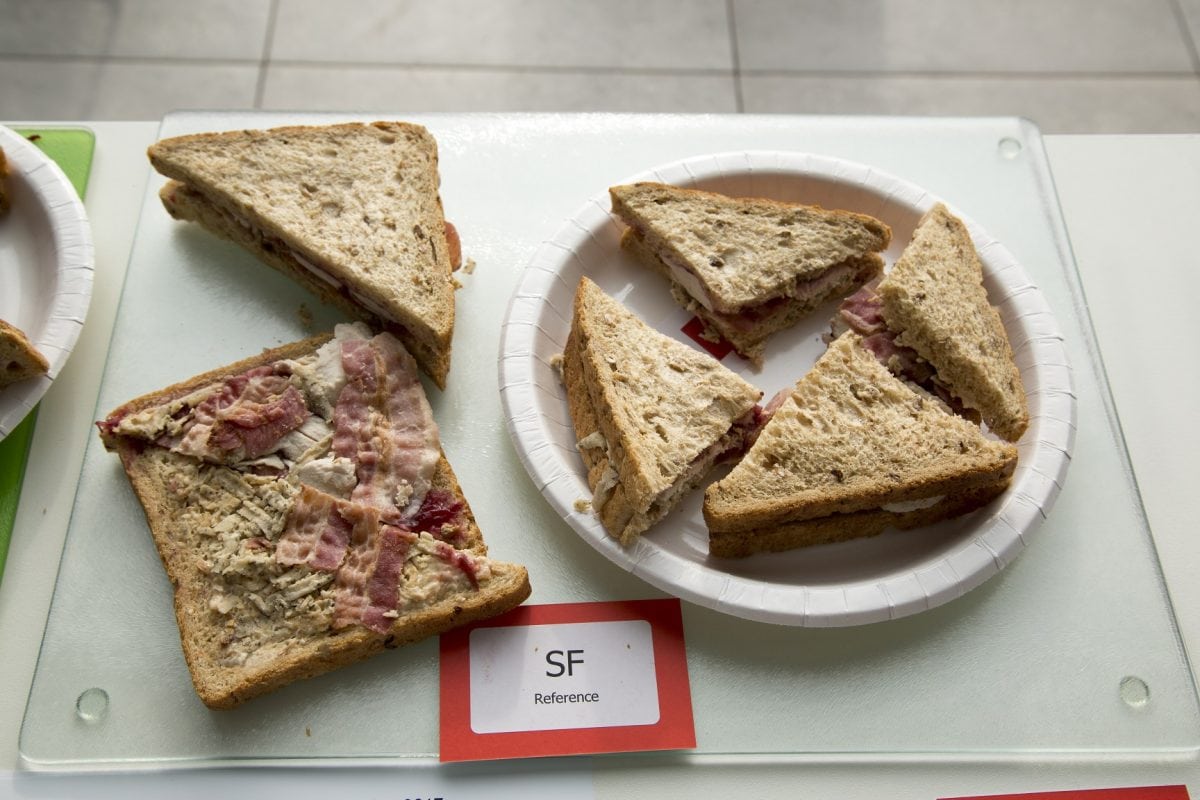 Our tasters said: “Very onion-y, too much for me, very moist.” “Despite looking a bit of a mess, it had a Christmassy aroma thanks to the stuffing. Texture was good and the turkey was moist.”

Worth knowing: For those who prefer the after-party to the main event, Co-op has also created a Boxing Day lunch sandwich. 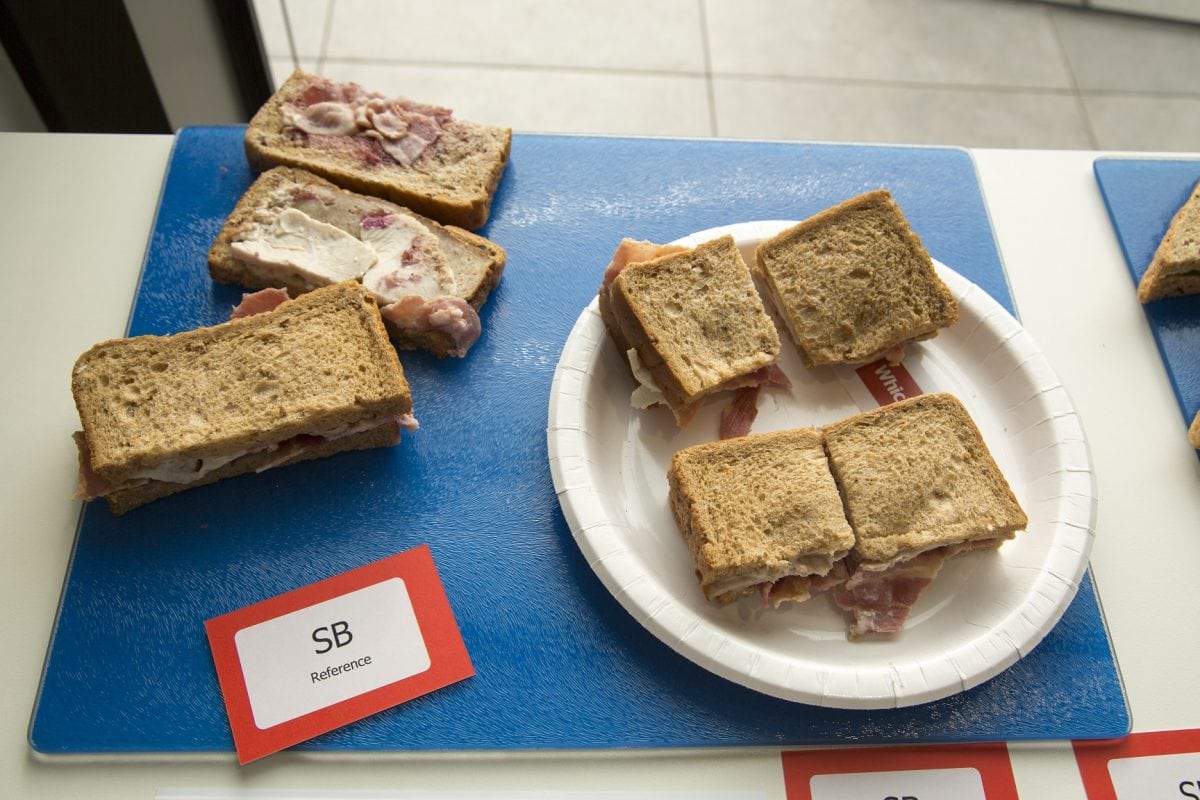 Our tasters said: “Bread a bit dry, too much mayo. Flavour very sweet, not well balanced.” “It’s tasty and smells good but it wasn’t very attractive – I could make something similar myself!”

Worth knowing: The Costa sandwich was the only sandwich of those we tasted that’s cut into rectangles rather than triangles – if that makes a difference to you.