St. JOHN at Home meal kits offer an experiential taste of one of London’s best restaurants. 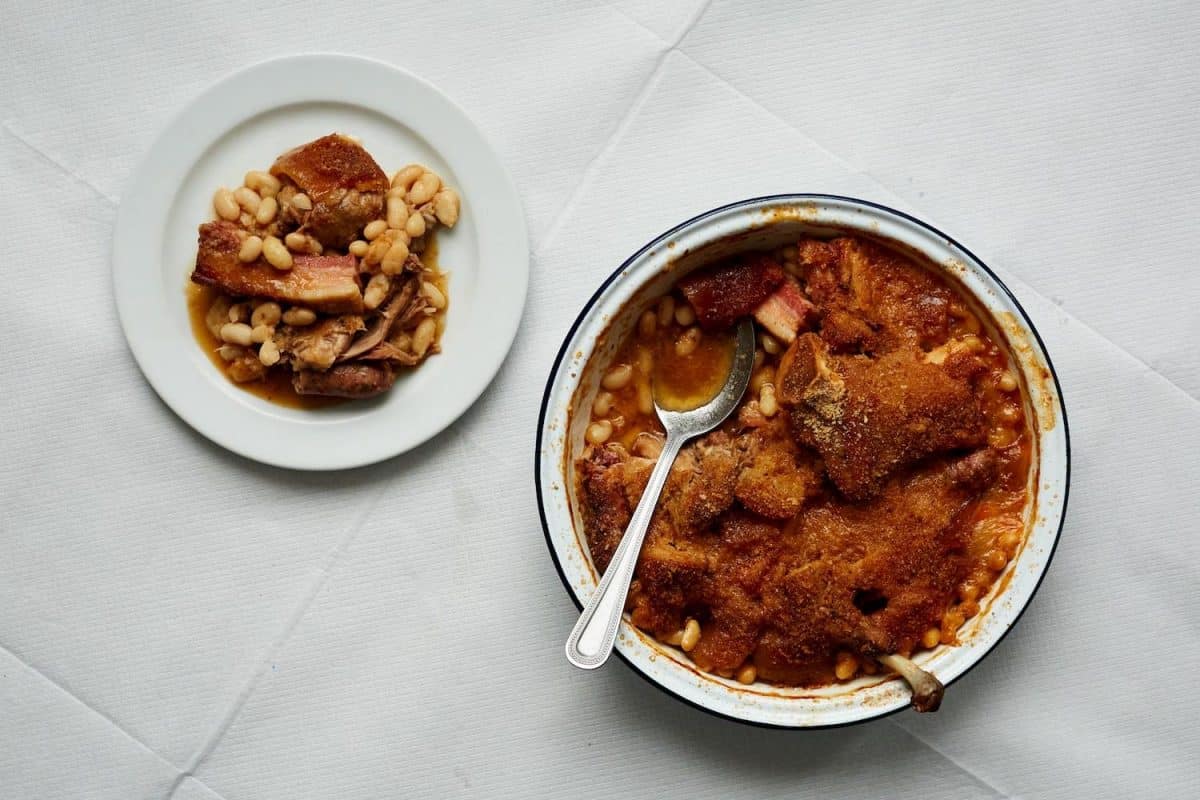 One of the best restaurants in London, St. JOHN has joined the tidal wave of businesses offering DIY meal kits through lockdown. Although the restaurant has been serving takeaway pies from its Bread & Wine venue in Spitalfields for a while, the first St. JOHN at Home boxes were introduced earlier this year.

At the end of January, the restaurant partnered with Dishpatch to offer a selection of meal kits for nationwide delivery, with a regularly changing menu, in true St. JOHN fashion. Launched by Fergus Henderson and Trevor Gulliver in 1994, St. JOHN took over a former smokehouse site in Clerkenwell, just a stone’s throw from Smithfield Market. Over the past 27 years, the seminal restaurant has become recognised as a cornerstone of the British restaurant scene, with the pair considered original pioneers of the nose-to-tail cooking movement. There’s more to nose-to-tail cooking than offal, however. It’s a particularly sustainable way of consuming meat, celebrating all of the animal’s edible parts – the most under-loved of which are generally the most delicious. In accordance, British ingredients are also celebrated, with dishes typically simple yet perfectly executed.

For the first St. JOHN at Home kit, the restaurant adhered to a very classic menu, featuring three courses of classic dishes including that roasted bone marrow and parsley salad; braised duck leg with carrot and aioli; and Eccles cake with Lancashire cheese. All of which is prepared by the restaurant’s chefs, echoing the simple, elegant dishes that have made St. JOHN so famous and well-loved for almost 30 years.

Rather than serving three courses for the second St. JOHN at Home kit, the highlight is a cassoulet, described as a “one course wonder”. A dish that generally takes hours to prepare, with plenty of ingredients, the restaurant’s chefs have done the lion’s share of the preparation and cooking, including braising, brining, salting, and confiting the dish’s numerous elements. In the absence of a traditional ‘cassole’, an enamel dish is also included with the kit, which is all delivered pre-prepared.

“A cassoulet is one of the best dishes ever and it always hits the spot’, says Fergus Henderson. “It gives you a true appreciation of both pork and duck fat and although it takes a while to prepare, it’s well worth the trouble.”

Intent on recreating the restaurant experience as closely as possible, I ordered a bottle of the house red and a couple of paper tablecloths (not available via the restaurant, alas), then prepared a dessert from the restaurant’s cookbook. After heating the beans on the hob for five minutes, I added them to the enamel pan with the other ingredients, topped with the provided breadcrumbs, made from the restaurant’s sourdough loaves, placed in the oven for 45 minutes and spent the inactive time at the table, drinking.

As soon as the timer went off, I switched off my phone for what felt like the first time in months. These small (perhaps silly) processes, along with the food, served a welcome reminder of just how much escapism can be found in a single dish from a favourite restaurant. Rather than being transported to south-west France, I was instead reminded of numerous visits to St. JOHN; memories of dinners and long lunches enjoyed with the people I’ve missed most over the past few months.

In keeping with St. JOHN’s nose-to-tail ethos, the cassoulet features confit duck leg, pork shoulder, trotters, pig skin, Toulouse sausage, and cured and smoked bacon, plus beans which soak up much of the meat’s flavour, crowned with zealously seasoned breadcrumbs to add depth of texture and counter some of the meat’s richness. Comfort food at its finest, best followed by a dozen madeleines, dipped in brandy. As lockdown drags on, the St. JOHN at Home offering delivers a much needed pick-me-up.

The St. JOHN at Home cassoulet is available to order from dishpatch, for a limited time only. £60 for two people.