More than just a neighbourhood restaurant, Lyon’s Seafood & Wine Bar serves food worth travelling for (unless you already live in Crouch End). 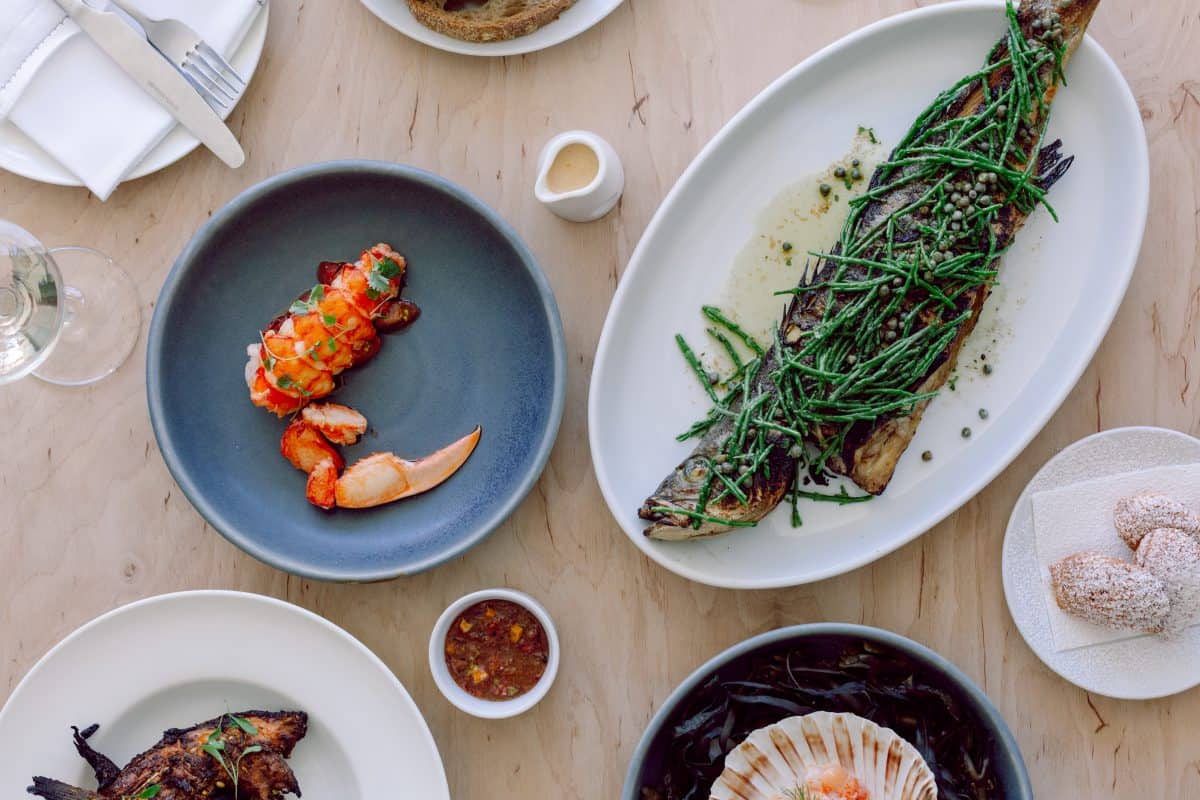 Since the first lockdown was implemented in March 2020, local, neighbourhood restaurants have seen a slight increase in popularity during the very few months they’ve been able to open. With millions of people now working from home, Soho has been swapped for the suburbs (or at least Zone 2 of the tube map), with local options having become more appealing. After all, nobody wants to go on the tube at the moment – especially when there’s something exciting being cooked within walking distance of your home/office/prison. 18 months ago, neighbourhood restaurants typically catered to locals. They were fine, but often just that. Unremarkable at best, besides a few standout destination venues: Ombra in Hackney, for instance, The Harwood Arms, Mangal 2 in Stoke Newington, and Lyon’s  Seafood & Wine Bar in Crouch End.

Unless you live within walking distance, or along one of the serving bus routes, Lyon’s  Seafood & Wine Bar isn’t the easiest restaurant to get to, regardless of the fact I’m a biased south Londoner. The nearest tube station is a mile (mostly uphill) walk. But regardless of its location, the food served at the restaurant is worth making a special trip for. A standard, run-of-the-mill, ‘fussy grandparents are in town’ neighbourhood restaurant, this is not.

A restaurant from South African Anthony Lyon, whose hospitality career spans working front of house at the likes of Café Boheme, The Electric, and Hakkasan, Lyon’s Seafood & Wine Bar opened in October 2019, with a sister restaurant – Hackney Coterie – set to open in July.

Occupying a large, glass-fronted space on Park Road, Lyon’s Seafood & Wine Bar focusses on exceptional, sustainable seafood from the British Isles, as well as showcasing independent wine producers. With a ‘fin-to-tail’ ethos, the menu is displayed on a large chalkboard, decided by the fresh catch of the day boats, with dishes including daily-changing shellfish platters, whole roasted fish to share, and dishes that make use of the whole fish, championing under-loved parts so commonly wasted. A selection of meat dishes are also available.

A recent lunch began with a round of dressed oysters washed down with a glass of Ambriel Classic Cuvée from West Sussex. Meaty Pyefleet oysters were joined by a slice of gherkin, and a splotch of horseradish, while – best of all – delicate Kumamoto oysters lulled in a bath of sour-spicy Nahm Jim, crowned with micro coriander. From the menu’s ‘snacks’ heading, crab gougères had slightly dense choux pastry, but the filling managed to compensate, with shredded crab meat, topped with a mousse of brown crab meat and a smattering of Esplette pepper. Delicious.

Lyon’s bread, on the other hand, came with a swirl of remarkably rich scallop roe butter. The rest of the scallop was perfectly seared and featured in a pretty dish alongside white asparagus batons, nasturtium leaves, and a tiny courgette flower. Even better was a dish of cured trout, rampant with dill, harbouring more asparagus and cucumber. A thick tranche of Cornish cod was technically perfect, simply joined by pickled red onion petals and a vibrant Sandefjord sauce spiked with trout roe.

While seafood is the key focus at Lyon’s Seafood & Wine Bar, the same level of excellence is applied to meat dishes. A prettily plated aged beef tartare, for instance, comprised small cubes of hand-cut fillet, plus capers, singed shallots, and a concentrated beetroot powder with the intensity of seasonings generally reserved for crisps. A cube of pressed lamb shoulder was brushed with a profoundly rich sauce of its reduced cooking liquor, tempered by a dollop of sour cream, happily accompanied by a small, stuffed aubergine with anchovies and wild garlic.

To finish, a lemon verbena cream with strawberries, pineberries, and meringue was fine, but the cep financier was an absolute revelation. A chocolate financier with texture akin to a decent chocolate brownie was studded with cep mushroom, bringing a delightful earthy note to the dish, taming some of the chocolate’s richness, also joined by smoked apple balls, plus coffee and vanilla ice cream. A gorgeous concerto of complimentary flavours and ingredients, like everything else served at Lyon’s.