These are the most exciting new London restaurant openings taking place throughout June. 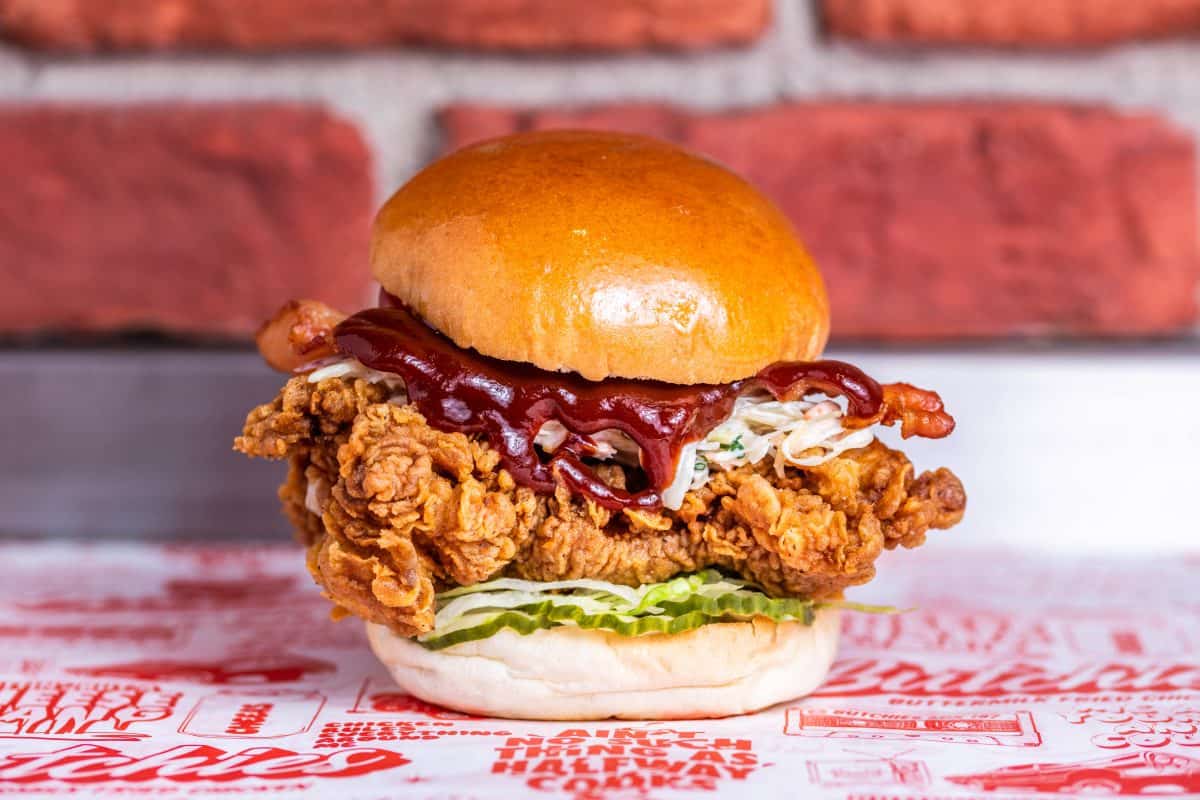 As hospitality businesses continue to re-open, a clutch of brand new restaurants and bars have also planned to open in London. We pick the most exciting new openings taking place throughout June.

Butchies Earls Court is open now and can be found at 7 Kenway Road, London, SW5 0RP.

A brand new restaurant from the Harts Group, El Pastor Soho will join its sister restaurants in Borough Market and Coal Drops Yard. Intending to transport guests from Soho to Mexico City, the restaurant’s entrance will be intentionally warmer than room temperature and humidified air will be pumped with the aroma of cooking masa dough. On the menu, expect El Pastor classics, plus a selection of new dishes such as vegetarian Poblano Chile relleno; Baja California scallop tostada; and spiced crispy duck tacos with charred habanero and pineapple salsa. The group’s well-considered offering of agave spirits will also be amplified at El Pastor Soho.

El Pastor Soho is set to open on Wednesday 2nd June and can be found at 66-70 Brewer Street, London, W1F 9UP.

Taking over the former Merchants Tavern site, historically housing a Victorian apothecary shop and warehouse, Apothecary is a new Japanese-inspired izakaya. Part conceptualised by SPIRITLAND co-founder Dominic Lake, Apothecary has a prominent focus on drinking, music, and Japanese small plates. With space for 130 covers, the new restaurant has a cocktail and sake list of note, while Japanese-influenced snacks are served from the kitchen, including a selection of small plates, skewers cooked on a Robata grill, sushi, sashimi, Hirata steamed buns, and more. Regular DJ sessions will also be hosted on Friday and Saturday nights.

Apothecary is set to open on Wednesday 2nd June and can be found at 36 Charlotte Road, London, EC2A 3PG.

Following the success of its Fulham restaurant, a new Sixes venue has opened in Fitzrovia. Co-founded by Mac and Wild’s Andy Waugh and Calum Mackinnon, Sixes not only offers food and drink, but also state-of-the-art batting nets available to hire for the hour, with guests encouraged to test their cricket skills. With four nets, the new 80-cover restaurant is joined by a separate bar, marking the group’s first new opening of the summer, with plans to roll out in Manchester and Oxford over the coming months. As for the food served, Sixes’ menu offers English ‘gastro-pub inspired food’, utilising the best of British produce. Expect the likes of Dorset cider-steamed mussels creamed with shallots, leeks and herbs; lemon fried chicken with Kiev butter dip; or  Eton Mess with fresh strawberries, clotted cream, and pink peppercorn meringue.

Sixes Fitzrovia is open now and can be found at 170 Great Portland Street, London, W1W 5QB.

The Garden Pavilion at Chiswick House

A new pop-up restaurant at Lord Burlington’s 18th century villa, The Garden Pavilion at Chiswick House will be open until the end of September 2021. Housed in a floral-adorned marquee, the new restaurant serves a seasonally-changing British menu, including produce from the newly re-opened Kitchen Garden, via established premium London catering company, Food Show. In addition to the prix-fixe two-to-three course menu at lunch, afternoon tea and dinner will also be available alongside a selection of English sparkling wine.

The Garden Pavilion is open now and can be found at Chiswick House & Gardens, Burlington Lane, London, W4 2RP.