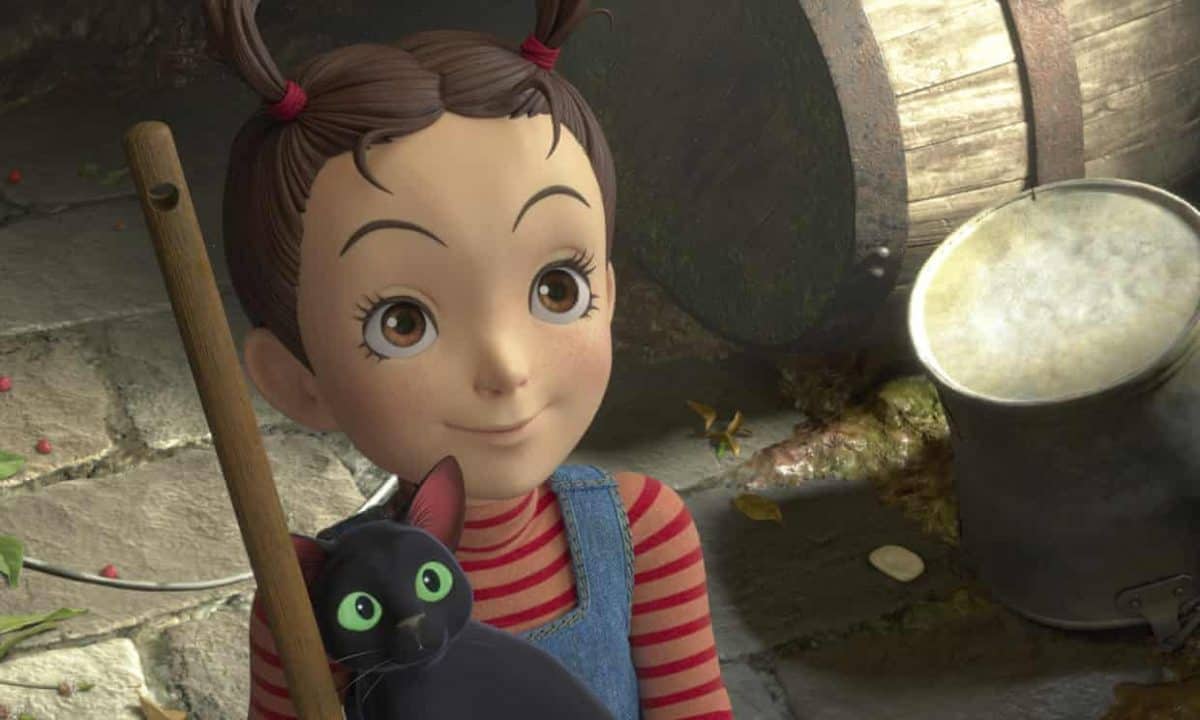 Throughout Studio Ghibli’s Earwig and The Witch, the studio’s first foray into 3D animation, I was constantly looking out for signifiers, the distinct traits of legendary animator Hayao Miyazaki’s cinema.

Reassuringly, some of it’s there: the impressive pale colour palette, distinctive facial characteristics, and is the case here, the female protagonist filled to the brim with eternal optimism. Yet something felt amiss, not so much owed to the 3-D itself, likely to have ruffled the feathers of Ghibli purists, but more attributable to its paper-thin storyline.

Hayao wasn’t at the helms of this endeavour, having once described computer-generated imagery as “thin, shallow, fake’. But the mantle has been taken up by his son Gorō, who previously directed Tales from Earthsea and From Up on Poppy.

The beginning of the film sets up a rather promising if elaborate storyline, but then proceeds to never deliver upon. Baby Earwig (voiced by Taylor Henderson) is left at an orphanage doorstep, as her rock star-come-witch mother must leave her in safe hands for her to go and fight the 12 witches, another (one of many) plot strands never developed or even mentioned again. Instead what follows are the routine escapades of a brattish child, one that is fiercely independent and incredibly manipulating, in the vein of Pippy Longstocking with a dash of Elmyra from the Looney Tunes .

To her dismay Earwing becomes adopted by a strange blue-haired witch Bella Yaga (Vanessa Marshall) and her moody silent master Mandrake (Hugh Laurie), a scary unearthly figure with pointy ears. Like in a Grimm fairy-tale, she’s been brought in to do household chores, specifically to clean-up after Bella and her cauldron. Spending her days concocting trivial spells, Bella has all the tropes of the Ghibli baddie, slow moving with an unpleasant demeanour but largely benign.

Earwig comes across as one-dimensional, as her sole manipulating intentions remain the same throughout. There is literally no show of feelings of abandonment, or any fear or any form of self-exploration, remaining unphased by life-altering events such as these draconian figures who adopted her, her imposed child labour or just the mere introduction of magic.

The story stagnates there, mostly concerning itself with Earwig’s everyday antics and the rather mundane inter-dynamics between her, Bella and the Mandrake.  One wonders where it will all culminate to, only to be thrown a morsel of a resolution in the film’s last 20 seconds. This jam-packed ending suggests the possibility a sequel or even a series, yet a quick google search reveals to me there’s never been a sequel to any Ghibli films since its inception in 1985.

Perhaps a tight deadline caused a flurry in the editing room, leaving us with the bare bones of a messy story with countless, pointless unexplored plot points. Earwig And The Witch leaves one with sensations such as wanting and unsatisfied; the end product that simply feels unfinished.

Earwig and The Witch is out now.