Aged 26, Ivan Vukadinovic has been promoted to Head Chef at the flagship London restaurant. 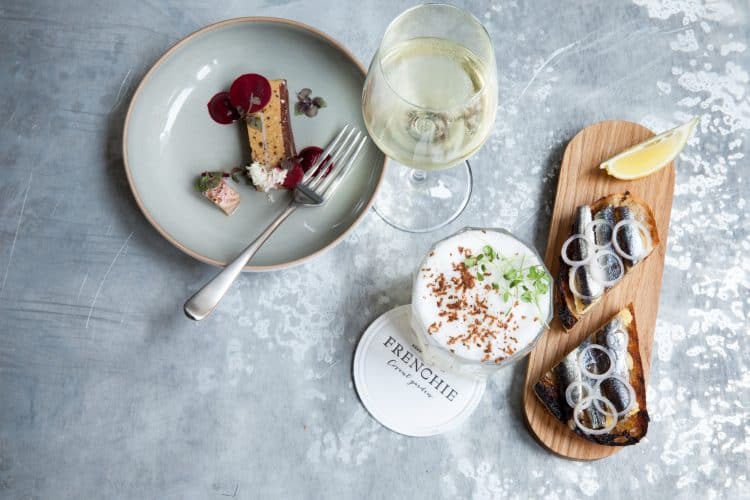 Following the success of chef Greg Marchand’s first Frenchie restaurant on Rue du Nil in Paris’ second arrondissement, Frenchie Covent Garden opened in 2016, similarly serving dishes designed on the basis of French cuisine with twists inspired by international cuisines. Having joined Frenchie as Chef de Partie in 2017, Ivan Vukadinovic soon moved to the Paris restaurant, where he developed a passion for modern French cooking. On eventually returning to London, the chef worked in the kitchens of restaurants such as The Clove Club, HIDE, and Roganic before returning to Frenchie Covent Garden last year. Aged 26, the chef joins the restaurant’s young team, all aged 30 or under in 2020.

On his appointment as Frenchie Covent Garden Head Chef, Ivan said: “I joined Frenchie as a junior chef and am so thankful to have been given the chance to develop my career with the teams both in London and Paris. I knew early on that Frenchie was going to be the place for me, and I’m so pleased Greg and team have supported me and my ideas over the past four years. I’m thrilled to now be Head Chef here in Covent Garden and look forward to getting stuck in with my team, whom I hope I can support in the same way. I am so excited to be taking up this new challenge and can’t wait to show you our new dishes in the coming weeks”.

Chef Patron Greg Marchand added: “We couldn’t be more thrilled to have been able to promote within our Frenchie family and Ivan could not be more deserving. Seeing talent grow from strength to strength is something we value here, and Ivan’s skills both in and out of the kitchen are exemplary – I know the restaurant will be in the very best of hands under his guidance. His talent, skills in the kitchen and commitment have proved he was the perfect choice of us and we can’t wait to welcome guests in to see for themselves.”

A recent lunch at Frenchie began with a round of the kitchen’s signature bacon scones, light and salty, heavily enriched with bacon fat and glazed with maple syrup to offset the savoury bacon. On the side, thick clotted cream also helped to amplify the maple syrup even further. An absolute must-try. Parmesan gougères, on the other hand, were a similarly moreish snack to graze on while waiting for the starters.

A large starter portion of lamb ragù with Kalamata olives and preserved lemons soon followed, with a rich sauce clinging to ribbons of pappardelle, while the foie gras dish was unapologetically bold with flavour and executed with great finesse. A thin block of foie gras was flecked with apricot jelly, then also joined by apricot segments, gel, crushed almonds to bring textural depth and some earthiness to contrast the foie gras’ decadence, and fried verbena leaves. A masterclass in French fine dining done well.

From the Frenchie menu’s three main courses, a pretty dish featured agnolotti filled with goat’s curd, plus sweet harissa and seared ceps, crowned with a ‘Kalamata olive crumble’ and basil leaves. Even better were two generous tranches of monkfish, lightly smoked to bring profound depth of flavour to the meaty fish generally famed for its texture over its delicate flavour. The smoked monkfish worked particularly well with braised fennel wedges, crab bisque, and a suggestion of kumquat, with the acidic citrus cutting through some of the dish’s richness. A side of baby gem lettuce was another standout, with thin crouton shards, parmesan shavings, pink pickled onion petals, a soft-boiled quail egg, and – best of all – a brackish anchovy dressing, bringing everything together with elements redolent of a classic Caesar salad, yet far lighter.

To finish, the kitchen’s take on a classic banoffee pie featured an aerated dome of nutmeg-spiked caramel over a bed of caramelised pecan and banana, finished with chocolate shavings and a pinch of salt. Another refined take on a classic. A sour cherry tart, on the other hand, featured a frangipane filling, thick cream, and a rocher of cherry sorbet – both delicious and light. An ideal conclusion to lunch at Frenchie, epitomising the excellent cooking with its prominent nods to France and its neighbours.