By Jonathan Hatchman, Food Editor, @TLE_Food Russian cuisine is woefully underrepresented in London and, as a result, is generally under-appreciated amongst city dwellers. While the city’s restaurant scene is arguably one of the globe’s finest, embracing a vast melting pot of cultures – with so many restaurants now focusing on regionality, as well as nationality, […] 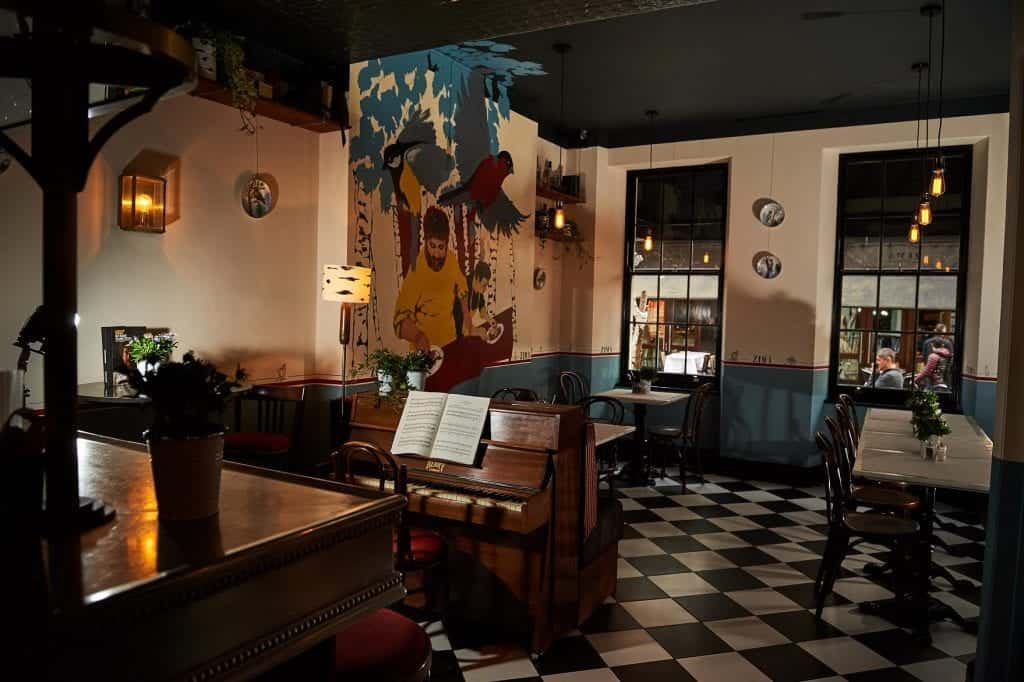 Russian cuisine is woefully underrepresented in London and, as a result, is generally under-appreciated amongst city dwellers. While the city’s restaurant scene is arguably one of the globe’s finest, embracing a vast melting pot of cultures – with so many restaurants now focusing on regionality, as well as nationality, we’re still not spoilt for choice when it comes to Russian food. Even London’s most prominent Russian restaurateurs rarely open ventures within the city that pay tribute to their motherland. Instead, we’re plagued with this ignorant preconceived notion that one of the world’s largest countries has little to offer besides caviar and vodka, in terms of food and drink. Previously, my scarce experiences of Russian cuisine had until recently been terribly executed and, more often than not, slathered in enough mayonnaise to have put me off of the white stuff forevermore.

Having opened earlier this year, Zima is the first London venture from Russian celebrity chef Alexei Zimin, specialising in modern versions of Russian classics, served as small plate dishes – stylised as Russian street food. Joining a slew of new openings in the heart of Soho, Zima is located on Frith Street, and unlike many of its equally new neighbours – the restaurant does take bookings, which is refreshing with the current wave of no-reservation culture. Inside, the venue – set over three floors – is intentionally decorated to represent the style of a typical Russian Ryumochnaya (vodka bar) while the classic checkerboard floor tiles add an unavoidable reminder of Alice in Wonderland. During our late lunchtime visit, the tiny 30-cover restaurant was relatively quiet, which was reflected with the slightly over-attentive service at first, before changing drastically once we had ordered. This was especially reflected with a jug of water that had been ordered for the table, kept on the bar out of reach, leaving me to struggle for the waiter’s attention each time a refill was needed. I’d have been more than happy to top the glasses up by myself, having been given the option. 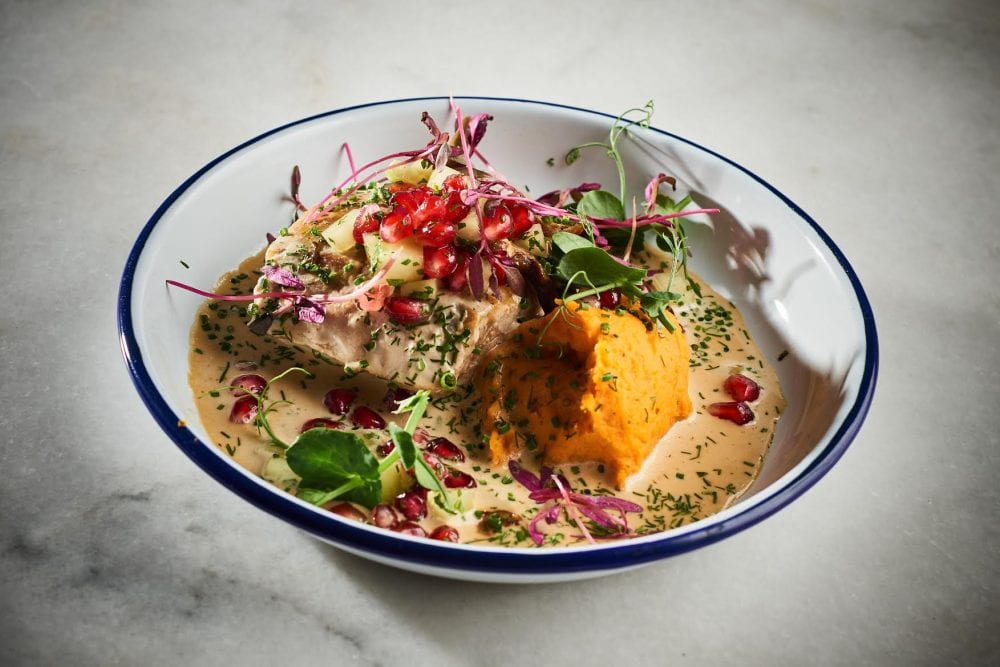 Alongside Zimin’s take on Russian street food, a range of vodka infusions are also available from the extensive drinks list, which is unsurprising given that the restaurant’s original incarnation was an underground bar. As for the food, we ate venison and beef tartar, which was served with new potatoes and bread, comprising shredded meat that had been flecked with caper berries, adding depth of texture. More venison and beef arrived in the form of dumplings that look like evert navels. While the dough was a little too thick, the fillings were pleasant, though the taste of venison was practically untraceable. Much better was the beef stroganoff, that the chef had managed to present prettily, much to my amazement. Using short rib cooked slowly until the internal fibres had broken down, the result was a slab of beef that could be enjoyed without the necessity of teeth. A dish that prized fillet of sturgeon, however, was a highlight of the meal – comprising a well-cooked tranche of fish teamed with earthy sweet potato mash laced with rye ale, and topped with pomegranate and cucumber to add an after note of freshness. Although sturgeon is not the most sustainably sourced treat from the sea – it was refreshing to find the fish being used in its own right, rather than having been used purely for caviar farming.

To finish, we ordered a marble of kartoshka cake to share. Literally translated to ‘potato’, the dense sphere of cake mix had a heavy richness, not dissimilar to a concoction of chocolate brownie and cookie. While the restaurant is not without its faults – they do still seem very much like initial teething problems, which are easy enough to iron out. What’s most impressive about Zima, however, is the arrival accessible Russian food of this nature in central London, presented with modern flair and flickers of greatness that provide a warming remedy to the tired stereotype of Russian cooking.