By Jonathan Hatchman, Food Editor, @TLE_Food One of Russia’s most celebrated Chefs, Alexei Zimin is generally credited with having changed the way that Russians eat. As well as editing Russia’s most prominent food magazine – Eda, the chef opened the wildly successful Ragout restaurant in 2010, before opening a cooking school of the same name, […] 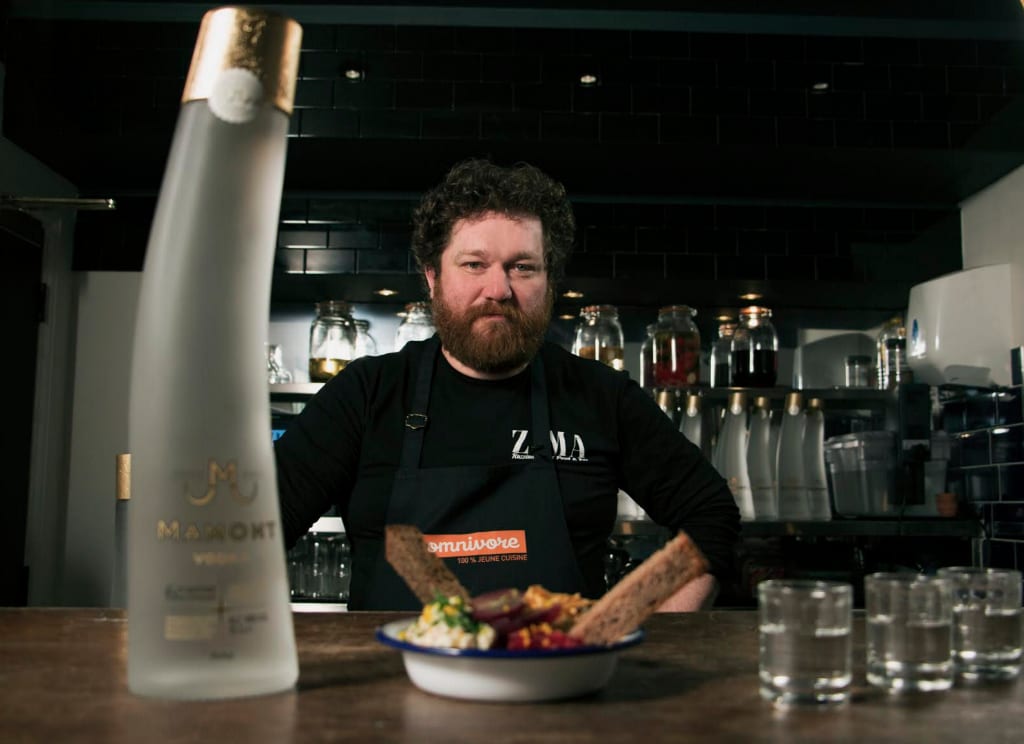 One of Russia’s most celebrated Chefs, Alexei Zimin is generally credited with having changed the way that Russians eat. As well as editing Russia’s most prominent food magazine – Eda, the chef opened the wildly successful Ragout restaurant in 2010, before opening a cooking school of the same name, having trained at London’s Le Cordon Bleu, and within the kitchens of restaurants from chefs that include Raymond Blanc and Michel Guérard. In addition, Zimin also hosts a weekly food show, broadcast on NTV – one of Russia’s three major television channels.

Earlier this year, Zimin opened his first international restaurant – Zima – taking over a space in Soho, next door to the iconic Ronnie Scott’s, specialising in Russian-inspired street food, plus a selection of unique vodka infusions. And having been operating for a few months now, we recently caught up with the chef to discuss his latest restaurant venture.

Having launched Zima earlier this year, how have the first few months been going?

Zima started as a Russian pop up in a basement of a French restaurant. We wanted to create a perfect vodka bar which would not lose its Russianness, whilst at the same time fitting in with the Soho vibe. Judging by the positive response that we have had after our first month it looks like we are getting there. Our progression and subsequent transformation into a full blown restaurant on three floors is an entirely different story with new demands and challenges which will take some time to reach the desired level.

Could you tell us a little bit about the street food scene where you grew up?

There was no street food in the USSR in its current form. Doughnuts, sausages in dough, roasted sunflower seeds and a few other items – that’s it. But the old traditions of religious and social outdoor dining remained and these days the variety that you could see at the Saturday of Souls celebration would rival that of a busy street market in central London.

How much of a direct influence did that have on the concept of Zima?

Two main conditions you have to satisfy when trying to serve food quickly, hence the street food association, are short cooking time such as that of a burger or the ability to precook it and keep it hot for service which can be done with Indian curries or French stews. Russian food tradition would mainly fit in with the second example, but also there are numerous cold dishes which can be assembled in minutes. We consequently use these ideas in how we do things here in Zima.

What made you decide to choose this specific location for your first international restaurant venture?

I love London and my friends had a space that we felt was right for this project. This was more than enough to make a decision.

How well do you feel that authentic Russian cuisine is represented in central London at the moment?

Russian cuisine is presented in either very formal or rather provincial and basic style. I would like to cook food which would still retain its national essence whilst using modern technologies and presentation. Russian food, like almost every other, has flavours with universal appeal.

Could you talk us through some of the dishes on the menu at Zima?

We serve an interesting take on Beef Stroganoff, which is very distinctive and unlike any other served in London. It is not cooked in the traditional way and looks completely different from what most would expect, but nevertheless it perfectly captures the essence of the dish with tender beef, pronounced mushroom flavour and a certain piquancy from the mustard.

Which of the vodka infusions is your own personal favourite?

I like the sea buckthorn infusion in particular due to the distinctive and pleasant aroma and taste, which is unique but at the same time appeals to most palates. It is also visually attractive being a shade of yellow.

Apart from Zima, where’s your favourite place to eat in London

I like The Palomar in Soho, as I find the approach similar to what I am trying to achieve in Zima, with traditional flavour combinations deconstructed and then reassembled in interesting and unusual ways. This results in new experiences which retain the authenticity and honesty. 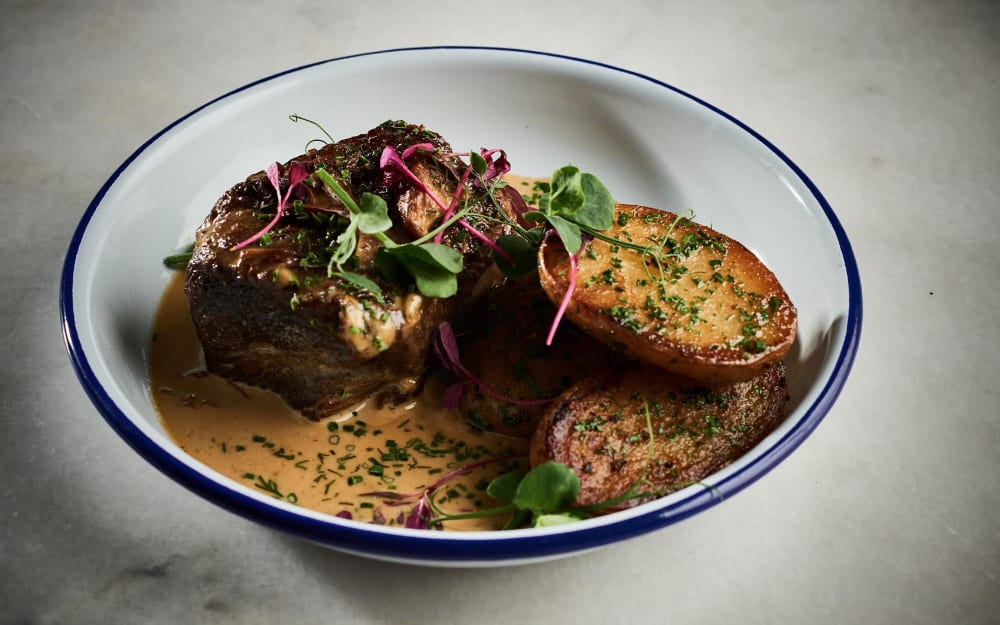 Based upon the classic Russian dish, Alexei’s Beef Stroganoff is a highlight of the menu at Zima. The recipe for which has been provided for our readers, featuring a fresh, contemporary twist.

Vegetable oil, for searing the meat

Pour a little vegetable oil into a pre heated pan and sear the ribs, forming a caramelised crust.

Add the ceps, thyme and black peppercorns as well as the chopped onion, celery and carrot to the pan, sweat everything off together.

Add water covering so that it just covers the contents. Put a lid on the pan and cook on low heat for at least two hours or until the beef is tender.

Strain the cooking juices retaining the ceps, which then need to be finely chopped and returned to the pan together with the strained liquid, leaving the ribs on the side.

Add the double cream and reduce the sauce over medium heat. After the desired consistency is reached add mustard, sour cream and season your sauce.

At this point take the meat of the bone and remove any sinew. Place the meat into the pan with sauce and leave to warm through on low heat for at least 15 minutes.

Serve with new potatoes and some fresh enoki mushrooms as a garnish. Alternatively grate some fresh button mushrooms.