It wasn’t always like this. Hotel restaurants were once, until quite recently, generally considered a last resort, aimed at guests too tired or unadventurous to explore the local area. During the late 1800s, Auguste Escoffier revolutionised hotel dining when hired by César Ritz, with the pair eventually collaborating on the food offering at the Savoy […] 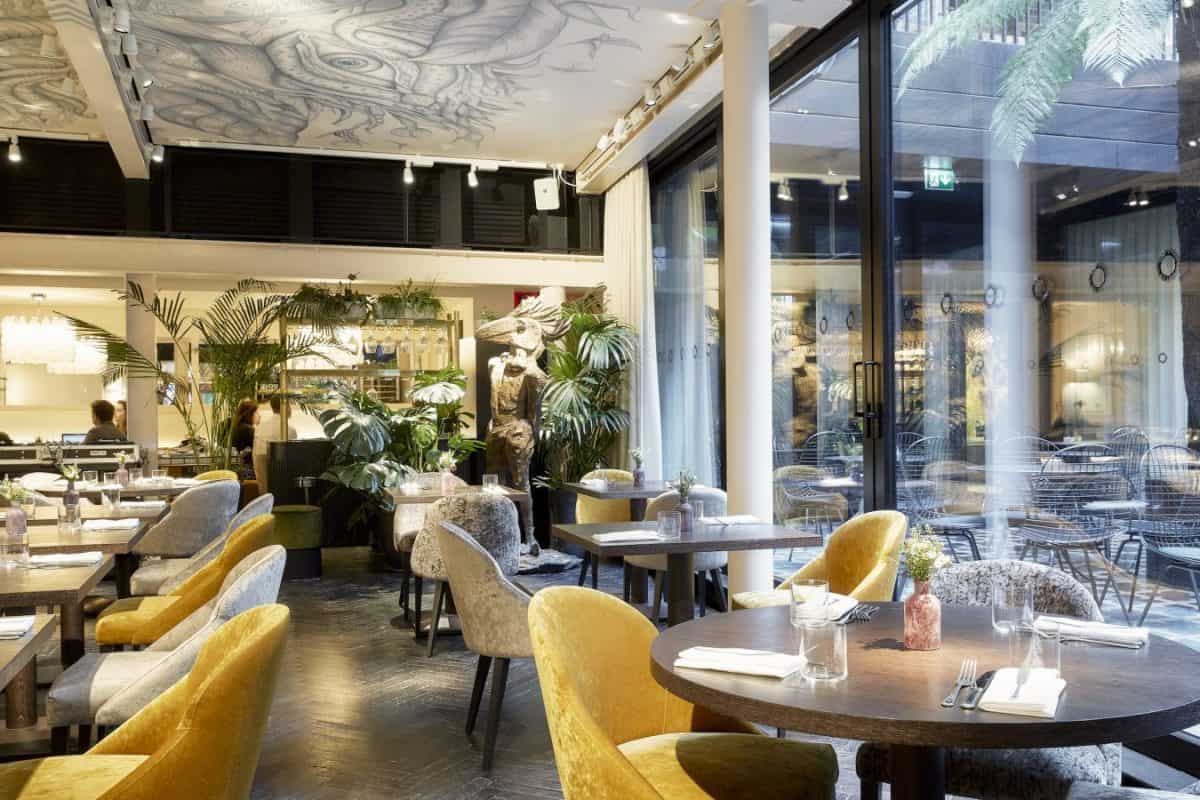 It wasn’t always like this. Hotel restaurants were once, until quite recently, generally considered a last resort, aimed at guests too tired or unadventurous to explore the local area. During the late 1800s, Auguste Escoffier revolutionised hotel dining when hired by César Ritz, with the pair eventually collaborating on the food offering at the Savoy Hotel, closely followed by the Ritz in Paris. Between then and now, however, a wave of hoteliers became avaricious, idle, uninspired and – ultimately – regressive.

While many gallingly substandard hotel restaurants somehow continue to operate in London, a chic new breed has, fortunately, arrived, with hotels such as The Ned, L’Oscar and The Mandrake Hotel all boasting credible destination restaurants in their own right.

The first hotel from Beirut-born Rami Fustok, The Mandrake Hotel occupies an inconspicuous address in Fitzrovia and is decked-out with a cosy theatre for guests; 30 bedrooms and three suites – one of which includes a Bedouin tent-style bed; a public bar with a central, uncovered terrace; and a restaurant. When the hotel opened in 2017, Serge et le Phoque occupied the low-ceilinged space, serving an opinion-dividing menu of contemporary French-inspired food. The restaurant has since closed down and been replaced by YOPO, which takes its name from a perennial tree which produces a potent psychedelic drug favoured by South American shaman.

Inside, the large space remains festooned with velvet upholstery but the colour scheme has become warmer and the chairs more comfortable. Smarter tables have also been brought in and, at dinner, the space is low-lit. It’s a fashionable, well-designed dining room and, in keeping, all of the enthusiastic staff members have received the memo. As for the food served, YOPO’s menu champions European cooking with a variety of South American influences. A recent dinner began with a colony of oysters (£4), accompanied by a pot of champagne granita, like a champagne slush puppy with the wine’s acidity complementing the oysters’ milky flesh. A sizeable spiral of churros made with potato had plenty of promise, yet was served cold and slick with residual oil: a shame considering the excellence of the dish’s dip of parmesan cream embellished with bottarga and a whisper of coffee.

Far better was a dish of artichoke hearts gloriously paired with crushed broad beans, peas, hazelnuts and ribbons of fatty prosciutto: a simply perfect balance of simple yet agreeable flavours and textures. A clean, vibrant ceviche, on the other hand, harboured pearls of scallop the size of a toddler’s fist, faintly blowtorched and married with mango dice, miniscule nuggets of orange (flesh and rind) and green chilli, plus tart tomatillo in place of a traditional tiger’s milk. Another impressive example of successful fine tuning.

Mains were generally petite but well-executed. A dish of chargrilled octopus provided dinner’s crowning highlight, thinly sliced and served under hunks of avocado; joined by a smear of aji pancha and an additional bowl of smooth, punchy tomatillo salsa, plus soft, thin tacos. A tranche of monkfish was marginally overcooked, yet the crunch of potato crisps, a bed of firm chickpeas and warming paprika butter compensated entirely.

To finish, an Itakuja chocolate tart was capped with a paper thin disc of chocolate and flashy gold leaf concealing salted caramel and a touch of fennel pollen. A fine but excessively rich dish to follow the previous dishes with their delicate flavour balances. Far better was a silky sorbet of sorrel – sweet, fruity and vegetal, served with spears of poached rhubarb and feathers of firm meringue. Showcasing gorgeous balance, it’s a definitive example of the kitchen at its best.