With ‘concept’ and ‘rooftop bar’, ‘fusion’ is a term that generally fills me with patent trepidation, in terms of dinner. Since the introduction of the ‘F’ word, so many chefs have over zealously combined disputatious ingredients and cooking techniques, often creating the most absurd of grotesqueries. New Zealander Peter Gordon, a ‘Fusion pioneer’, has got […] 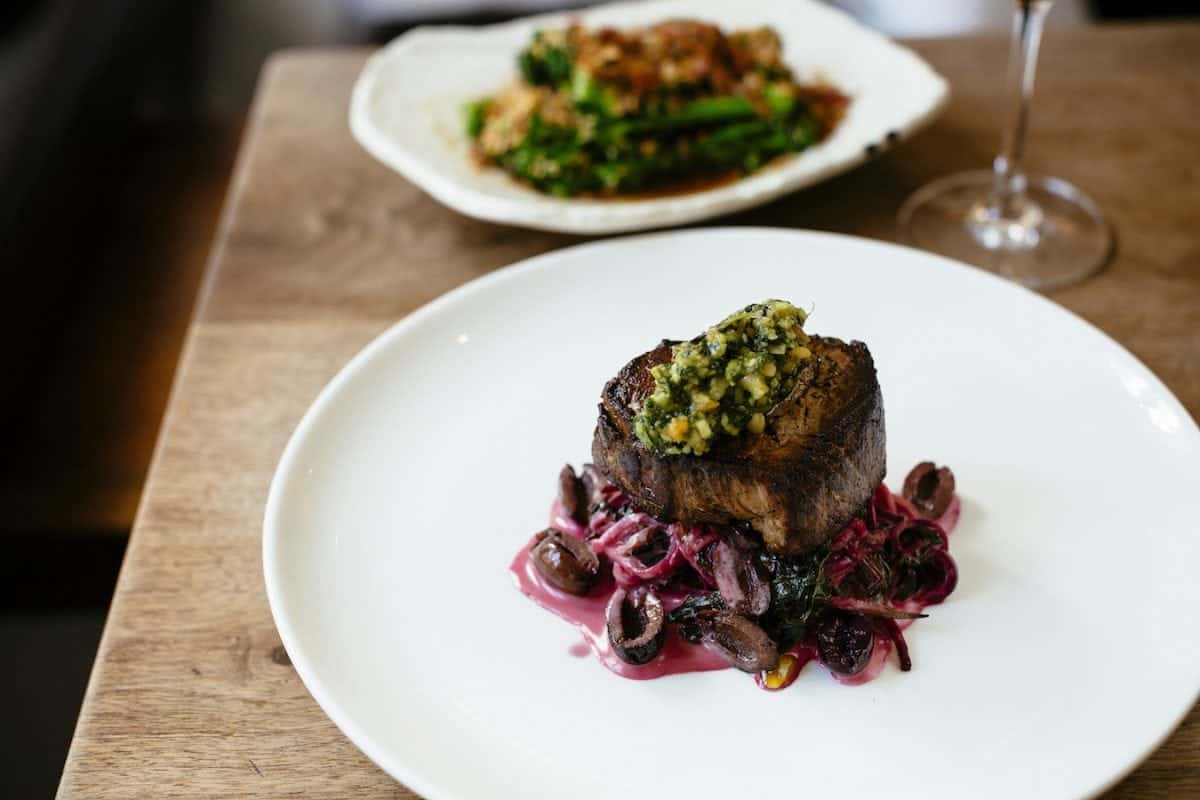 With ‘concept’ and ‘rooftop bar’, ‘fusion’ is a term that generally fills me with patent trepidation, in terms of dinner.

Since the introduction of the ‘F’ word, so many chefs have over zealously combined disputatious ingredients and cooking techniques, often creating the most absurd of grotesqueries. New Zealander Peter Gordon, a ‘Fusion pioneer’, has got it right, however, with The Providores and Tapa Room on Marylebone High Street – having been operating since 2001.

Across two floors, the restaurant is split into two separate entities; the ground floor Tapa room is a casual space, named after the traditional Rarotongan Tapa cloth that hangs on the wall, while The Providores is a more formal affair. Up a narrow staircase, the dining room is minimalistic and clean, but without becoming sterile or supercilious. At lunch, a cascade of natural light floods the space, entering through tall bay windows. As for the food, The Providores’ menu features an assortment of dishes with so many elements it all seems frightfully ‘George’s Marvellous Medicine’. With dishes such as ‘Pan-fried Scottish scallops, apricot yuzu purée, cherry tomatoes, hazelnuts, courgettes, Urfa chilli pickled enoki mushrooms’, the menu reads as though assembled by a team of journalists commissioned on a pay-per-word basis. The extensive wine list is also worth mentioning, unsurprisingly featuring a Brobdingnagian selection of Kiwi wines – Europe’s largest, in fact.

To start, a lappet of aubergine is baked in miso, with flavour that uncommonly prevails. In addition, the the aubergine-miso combination, a scattering of pine nuts is employed to add textural interplay, interrupting the aubergine’s characteristic sliminess. Elsewhere, the inclusion of plump dates and feta cheese lends a pleasant Eastern-Mediterranean slant to the dish. Recommended over the famous smoked eel Laksa, the aforementioned scallop starter is presented beautifully. An explosion of warm colours complement two properly cooked scallops (with the roe attached) on a bed of apricot-yuzu purée and cherry tomatoes. Scallop and tomato are, unsurprisingly, not the most typical of bedfellows. Even more bizarre, however, is the combination of the ripe tomatoes with the sharp citric puree, which works so well with the scallops, alone. Crushed hazelnuts are also included, once more, adding pleasant textural depth.

A breast of Creedy Carver duck is served perfectly pink, draped over a paillasse of wilted Chinese cabbage and an earthy salsa of beetroot to complement the intense gaminess of the duck. In contrast, cherry ponzu purée is tart and slices through the meagre duck fat remnants, though it’s the accompanying bon-bon of confit duck leg that’s most quietly spectacular. Breaded and deep-fried, I’d contentedly eat a bucket full. The same can be said for the crispy wonton that crowns a slab of pork belly, gently glazed with punchy harissa. Also fried, the wonton regales an explosion of amiable flavour from predominantly Asian ingredients. Elsewhere, soft, gelatinous pork is accompanied by silky mashed potatoes and a smattering of al dente lentils. Each are executed well, though the inclusion of both seems somewhat unnecessary in this instance.

A petite lemon tart is sharp and refreshing, topped with clouds of soft meringue and accompanied by a scoop of Earl Grey and white chocolate ice cream. On paper, the tart seems a relatively safe option compared with “Treacle-cured bacon ice cream, satsuma, clementine, banana salted caramel, maple cream, cornflakes”. Reading like a catastrophic collision with no survivors, the dessert is, in fact, executed tremendously well. Bacon-flecked ice cream has a prominent smoky, savoury hit, reminiscent of bacon-flavoured crisps, yet it’s interrupted by the inclusion of citrus fruits, hunks of banana crusted with deep caramelisation and a smattering of corn flakes for added crunch. By definition, the dish is an amalgamation of breakfast delights, manifested as a dessert. What’s not to love?

Like much of the cooking at The Providores, such a concoction is a fine iteration of Peter Gordon’s often imitated but seldom matched cooking. Proof that, when done properly, ‘fusion’ isn’t always terrifying.