With so many food trends having continued to flourish in 2016, it’s often difficult to determine where one ends and another begins. The idea of ‘Half plates’, for instance (the specialty at Talli Joe), is fundamentally a new riff on the small plate culture that has taken London by storm, dividing opinions along the way. A […] 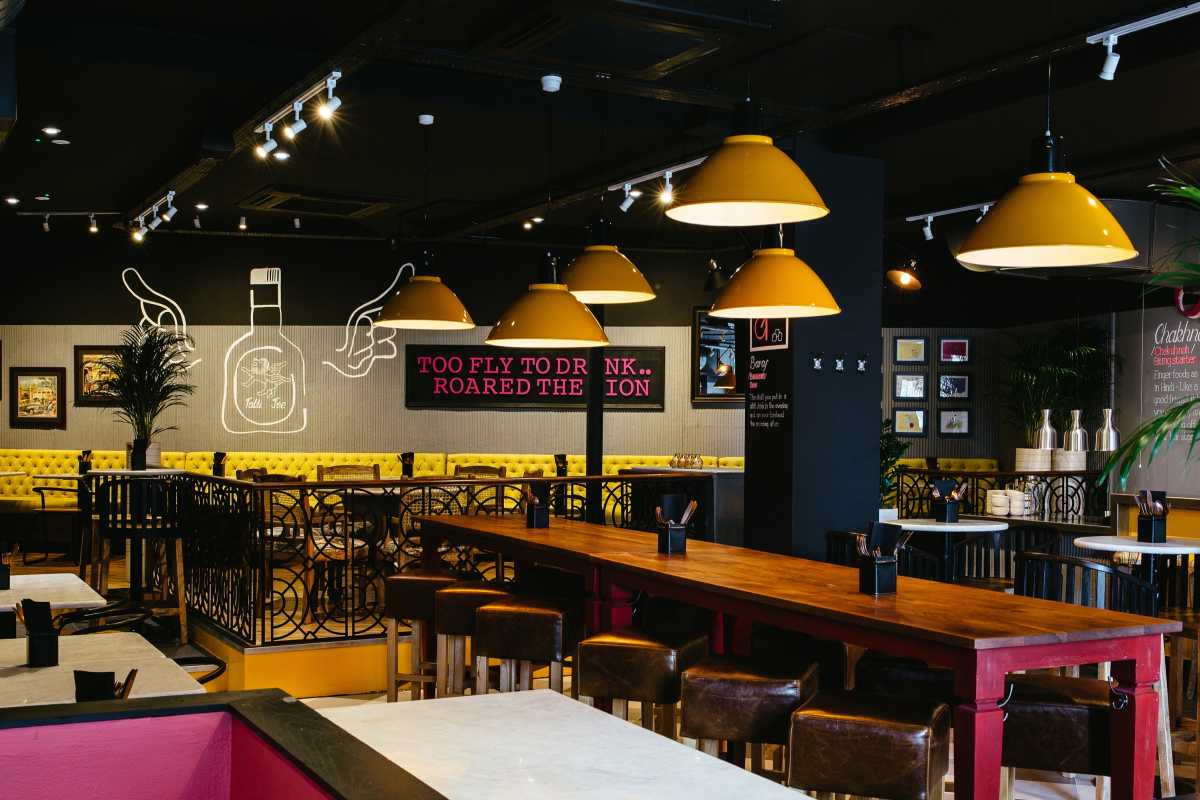 With so many food trends having continued to flourish in 2016, it’s often difficult to determine where one ends and another begins. The idea of ‘Half plates’, for instance (the specialty at Talli Joe), is fundamentally a new riff on the small plate culture that has taken London by storm, dividing opinions along the way. A modern Indian restaurant with Executive Chef Sameer Taneja at the helm (having previously led the kitchen at Michelin-starred Benares), Talli Joe is a refreshing new addition to the Tottenham Court Road end of central London’s Shaftesbury Avenue.

Inside, a vibrant colour scheme of hot pink and sunshine yellow add to the relaxed, casual atmosphere, matching the focus on sharing delivered with the menu’s tapas-sized Indian dishes. And as expected from a restaurant that incorporates the word ‘Talli’ (a Hindi term for ‘tipsy’) into its name, there’s a brilliant selection of contemporary cocktails. Alongside the main food menu, there’s also a relatively new Pauwa and Chakna menu that comprises a number of sizeable bar snacks teamed with cocktails served in 180ml spirit bottles, each inspired by different Indian regions.

First on the Pauwa and Chakna menu, ‘Cheesy Pakora Chaat’ is a contemporary take on New Delhi inspired pakoras, served as simple fritters of English Cheddar and grated mooli, accompanied by a subtly spiced green chilli chutney. These are teamed with an ‘Old Delhi No.6’ cocktail, mixing vodka, orange juice, lime, spices and Rooh Afza – a kind of sherbet introduced to India by the Mughals. Next, a cocktail inspired by flavours of Mumbai – ‘Queen’s Necklace Punch’ – delivered an exceptionally refreshing blend of gin, apple juice, cucumber, lime and coriander, teamed with a small dish of Puneri Misal Salad. A combination of Maharashtrian crisps that had been teamed with mixed sprouts, delivering a dish not too dissimilar to a satiating version of the Anglicised Bombay Mix that was once a wildly popular bar snack in the UK 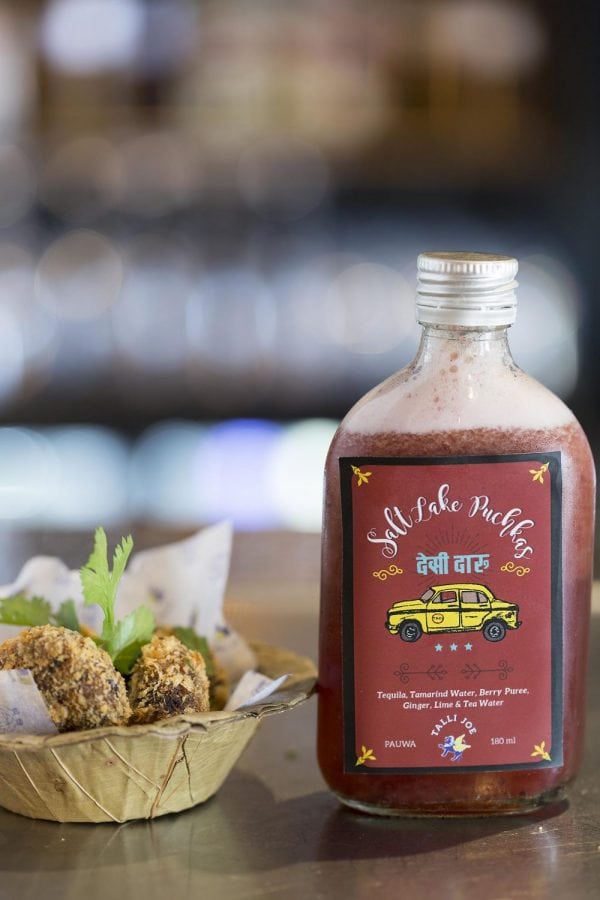 ‘Talli @ Tito’s Lane’, a tropical cocktail of rum, pineapple, lime, coconut water and curry leaf, influenced by a bar-filled street in Goa, arrives with sensational croquettes of Goan chorizo with sweet onion and chicken. Bite-sized with a perfect level of seasoning and spicing, I could have eaten these all night long. The same can be said for the ‘Beetroot Chop’, nuggets of Kolkata styled beetroot deep fried with carrot and peanut, served alongside a ‘Salt Lake Phuchkas’. With an ingredients list that includes the likes of tequila, tamarind water, ginger, and tea water, the ‘Salt Lake Phuchkas’ was, also, surprisingly delightful. Taking inspiration from Jaipur, the capital of Rajasthan in Northern India we finished with the ‘Kesar Kasturi’: a combination of gin, saffron, grapefruit, rose water and lime, served alongside papads of potato and sago (a type of starch extract, not dissimilar from tapioca). These had been crafted from dried potatoes and fried to form a type of Indian crisp, albeit superior in terms of flavour to the English notion of crisps.

The majority of the selections from the Pauwa and Chakna menu at Talli Joe are relatively simple, though all are huge on flavour. And teamed with such a range of expertly formulated cocktails – it’s almost impossible to leave without feeling at least a little bit ‘talli’.

Hillsborough Ruling Is A Victory For All Working Class People