By Jonathan Hatchman, Food Editor, @TLE_Food With regards to eating out, the area surrounding the Greenwich Peninsula was, until last year, still very much a plot of inoperable, muddy wasteland. First popularised by the primarily pointless erection of a colossal tent stylised as The Millennium Dome, opening its doors in 2000 before eventually closing down […] 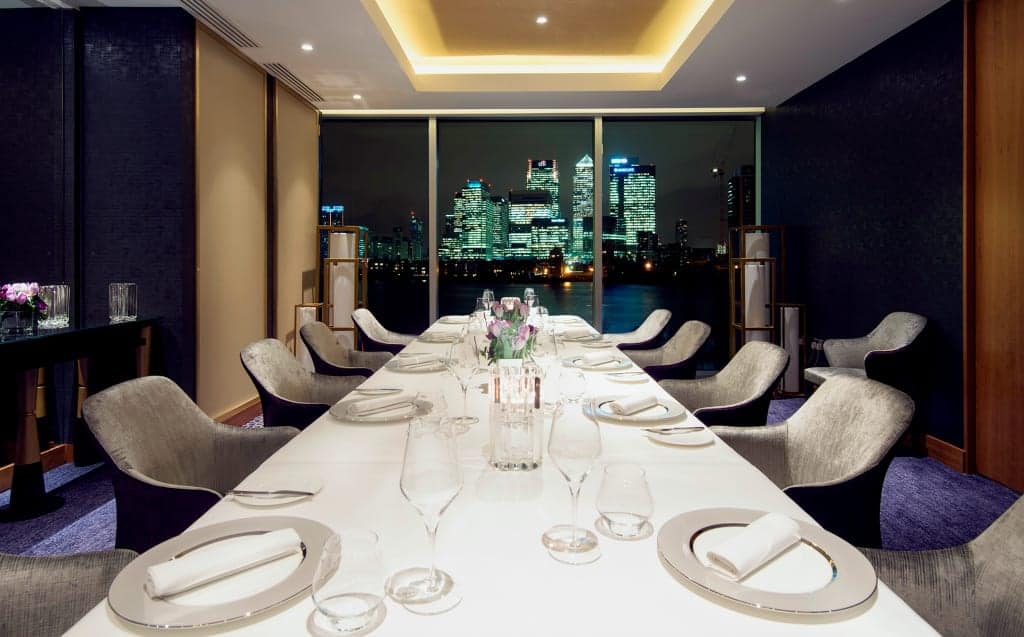 With regards to eating out, the area surrounding the Greenwich Peninsula was, until last year, still very much a plot of inoperable, muddy wasteland. First popularised by the primarily pointless erection of a colossal tent stylised as The Millennium Dome, opening its doors in 2000 before eventually closing down just one year later, North Greenwich is now famously home to The O2 Arena, one of the world’s most popular live music venues. And alongside the venue, a number of chain restaurants are also on offer (TGI Friday’s, Nando’s, etc.) until recently providing the closest local pleasure to a meal out: even though an onslaught of redevelopment has taken place over the past 16 years, with an estimated 15,000 new homes, a film studio and retail space all set to appear within the near future.

In the spring of last year, nonetheless, the first glimmer of salvation arrived in the form of Craft London – a restaurant opened by Stevie Parle, perched upon the concourse between North Greenwich Tube Station and The O2. A space with prominent focus on locally sourced, high quality ingredients all cooked with impressive skill. A few months later, Vinothec Compass joined the area and followed with another brilliant, albeit very different, restaurant – adjoined to a golf driving range, focussing on a remarkably extensive wine list as well as a menu mainly comprised of humble Basque and Spanish-inspired dishes and some of the best service in London. Next, the second London branch of the InterContinental Hotel opened in North Greenwich earlier this year, adding two brand new restaurants, two bars, and a tea salon to the area’s rapidly evolving dining scene. While the Market Brasserie is a casual all-day dining affair, the Peninsula is exactly the sort of fine dining restaurant that’s expected from a five-star hotel such as this one. Inside an air of elegance and charming formality is prominent, while the space’s floor to ceiling windows take the main focus with views across the river. As for the atmosphere, it’s difficult to comment given than during our midweek lunch visit the restaurant was totally empty – most probably due to the hotel’s relative youth, though our extremely helpful waiter insisted that the evenings and weekends are far busier, hosting guests of the hotel, many of which include musicians and athletes performing at The O2.

Although generally un-enthralled by gargantuan tasting menus, I found myself charmed into ordering what turned out to be a ten course banquet of excess. Fortunately, the vast majority of which was very, very good indeed, not to mention the brilliant value for money when considering quality, skill, service and location – priced at £65 without wines. To begin, a canapé of savoury choux gougères favoured a filling of rich, smoky comté cheese to provide a delightful early insight into the sort of modern European fare on offer here. A selection of bread was followed by a decadent cream of Jerusalem artichoke teamed with earthy mushrooms and truffle oil, while the first starter delivered one of the most exciting meat or fish-free plates I’ve eaten in some time. Paper thin slivers of salt baked celeriac were teamed with crumbled walnuts, thin French toast and a goat’s cheese less aggressively lactic than the norm, all in order to create a remarkable dish in terms of both taste and depth of texture. Also texturally exquisite was a dish of roasted halibut – offering a thick tranche of expertly cooked fish complemented by curly kale, sweet raisins and toasted hazelnuts.

A dish of Iberico pork comprised two perfectly pink medallions of acorn-fed pig, a level of cooking that so many chefs sadly fear. And while the accompanying texture of prawn ceviche was slightly remiss, the crunch of deep fried skin with an end result similar to pork flavoured Quavers supplied the dish’s saving grace. Undeniably the most exciting dish eaten, the beef-focussed main presented a slab of Rubia Gallega sirloin steak. However, although cooked perfectly the jewel in the dish’s crown was, instead, an inexpensive hunk of feather blade fresh from a 70-hour date with the slow cooker. As a result, the often disregarded cut had adapted a buttery smoothness as well as a depth of flavour that’s superior to many other cuts of beef: evidence that in virtually every aspect of eating – cooking skill is ultimately more important than glorified quality and provenance.

To finish, although a dessert of spiced apple served with three miniature sticky puddings and vanilla parfait was fine, the outstanding cheese trolley with at least 20 choices provided the post-dinner highlight, each served with a detailed explanation and brief historical insight into each variety. Although the restaurant was dauntingly quiet during our recent visit, with lunch served on such a small scale (two tasting menus for one lunch service), the food that’s on offer is rarely short of exceptional. And if a similar level of overall quality can be reached during busier services, it’s clear that the Peninsula Restaurant is inescapably soon to become one of London’s most popular fine dining institutions.