By Jonathan Hatchman, Food Editor, @TLE_Food Technology is taking over the world. At the end of last year, a brand new restaurant – eatsa – opened in San Francisco, serving quick efficient lunches without the use of any human servers, merely employing one member of concierge staff to oversee the venue, and a number of […] 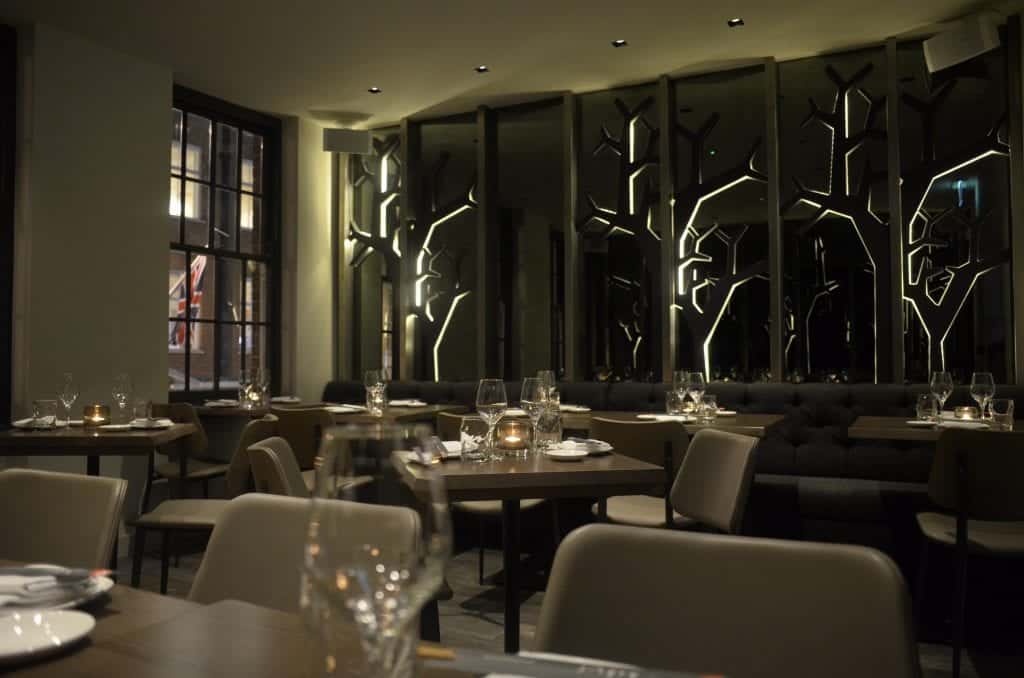 Technology is taking over the world. At the end of last year, a brand new restaurant – eatsa – opened in San Francisco, serving quick efficient lunches without the use of any human servers, merely employing one member of concierge staff to oversee the venue, and a number of off-site chefs to prepare the food. The rest of the work within the restaurant was delegated to in store iPads, or iPhone apps. Also forward thinking in terms of using technology to speed up the crucial ordering process, Oliver Maki opened in Soho earlier this year, presenting diners with an iPad in space of a menu, with an extensive range of dishes available to scroll through, nearly all of which are accompanied by images of the restaurant’s Instagram-worthy dishes, which can be added to ‘favourites’ and passed on to a waitress or waiter without any need to communicate. But what’s so wrong with printing a list of dishes on to a menu? Fortunately, an extremely helpful waitress was also on board during a recent visit, in order to make the overall experience a little less distressingly futuristic.

The unnecessary iPad menus are one of two things that make Oliver Maki difficult to love before visiting. The other is the restaurant’s ultra-contemporary take on sushi – using only super healthy brown rice, juxtaposed to traditional glutinous, sticky sweet rice. The ‘sushi’ on offer here is certainly not aimed at purists, instead favouring a boundary pushing approach to food with Japanese foundations, albeit modified with various influences from the rest of the Globe. Set up by brothers Oliver and Amer Zeitoun, the restaurant’s concept has already become massively popular with four restaurants already operating in Kuwait, and one in Bahrain – while the new London outpost is the first outside of the Middle-East. Inside, the intimate space is humbly decorated with raw natural materials and a muted grey colour scheme. The food, however, has far more colour, with each dish ordered arriving at the table with incredibly precision and beauty.

To begin, a round of ‘uni shots’ (£16) comprised sea shells filled with ponzu dressing, yuzu granita, and a flabby raw sea urchin, intended to be slurped from the shell in a manner not dissimilar to the way that oysters are devoured in the UK. The result was tolerable, though the sharp citrus flavour of yuzu managed to overpower the delicate crustacean, leaving only the less than pleasant texture to remind us of the delicacy’s presence. From the same section the the menu, the ‘prawn shot’ (£13) was far better, offering three plump, perfectly-fried prawns coated in crispy rice noodles to lend the dish another dimension of texture, served with tiny Japanese pickled plums to work as a satisfying palate cleanser. Alas, the dish was presented with three servings, making it incredibly difficult for our party of two to decide upon who would be lucky enough to eat the third without any bloodshed.

Fried kaki (£6) – a dish of oysters dredged in tempura batter and fried for a matter of seconds worked terrifically, still retaining the taste of the sea, yet with a texture infinitely more appetising than raw. A ‘sushi symphony’ (£17) boasted five slabs of nigiri each topped with various slices of raw fish, whatever is best on the day. ‘Mount Fiji’ (£25) was far less Japanese than the name would suggest, and was certainly one of the most decadent selections from the menu. Served under shot glasses that unleash a smoky aroma of blow-torched flesh, when lifted, a selection of maki rolls were topped with the dumfounding concoction of rich foie gras and smoky eel. Fortunately, the combination worked in harmony, aided by the addition of fresh, singed cucumber invited along to shred through the richness. Another truly disturbing combination of tuna with goat’s cheese (£16) initially triggered alarm bells, with sheer curiosity forcing us to order. Instead of being disastrous, however, the concoction was in fact very well executed; featuring tuna and tempura shrimp surrounded by brown rice and encased within a plum wrap instead of traditional nori, then topped with a tiny heap of mature goat’s cheese and a welcome kick of chilli.

‘An eight course tasting menu on a plate’, the restaurant’s signature dish – ‘Oliver Maki’ (£18) – includes a selection of eight different super contemporary maki rolls, made using over 30 ingredients with each one boasting a different topping, be it kizami wasabi, pico de gallo, or chilli mustard. Designed as a culinary journey, the dish certainly lives up to its blueprint. A real highlight from the menu, however, was the unagi kabayaki (£20): a sizeable tranche of eel having been grilled in a sweet, smoky glaze. Not only is the fish cooked to perfection, it’s also served atop a bed of brown rice with hunks of salmon and fiery chilli, cleverly implemented to contrast against the sweet fish.

Finally, a dessert of pain perdu (£8) was heavy and deeply comforting, employing salty popcorn to mute the sickly sweetness of sweet caramel and sugary baked apples. The restaurant’s tiramisu (£6), meanwhile, blended flavours of sweetened coffee with bitter matcha, stunningly presented within a terrarium-like dome resembling a small, entirely edible garden. While Oliver Maki’s take on Japanese food is not necessarily the city’s most authentic, it’s difficult (unless you’re a colossal food snob, of course) to avoid falling a little bit in love with the bold inventiveness that’s on display. And with a little open-mindedness, the food here, although expensive, is for the most part as delightful as it is exciting.