An authentic modern Swiss experience in terms of both food and price. 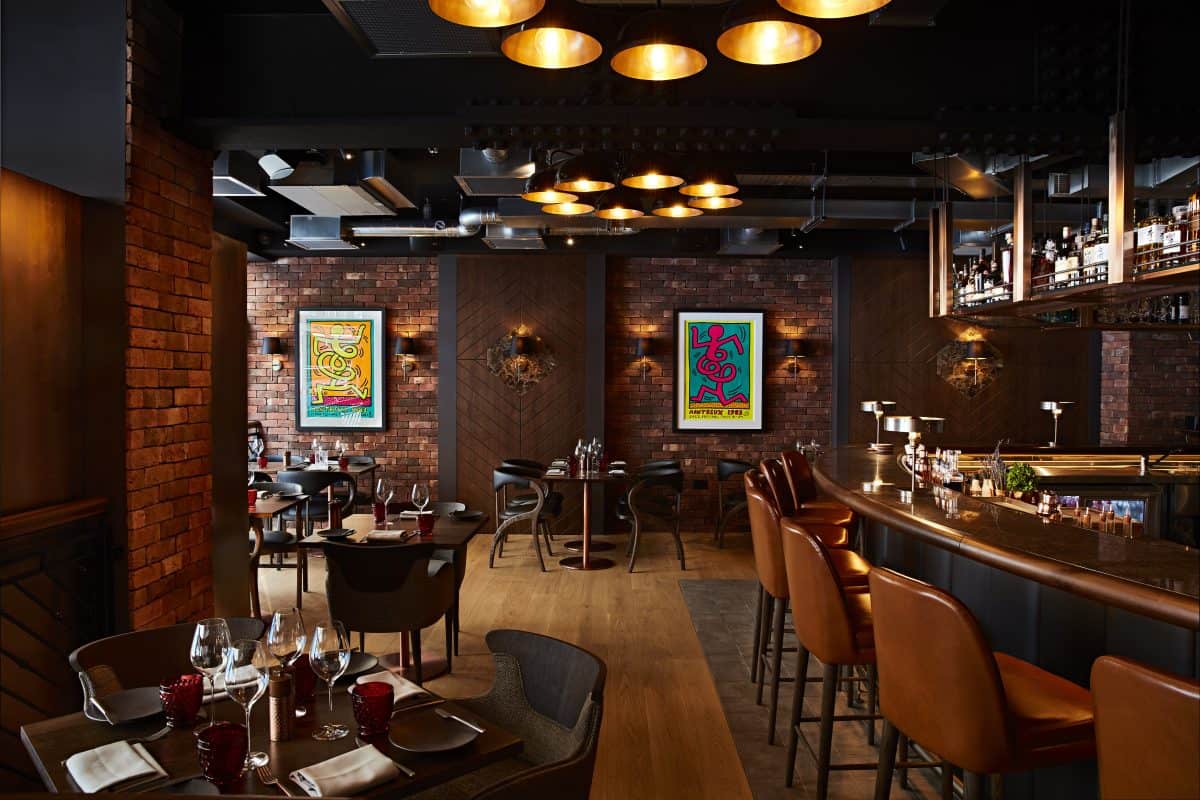 Thanks to the country’s conservative economic system, amongst other factors, Switzerland is one of the world’s most expensive countries to live in. On average, the country’s consumer prices are over 95 per cent higher than those in the UK, with an average restaurant dinner costing almost double the national average. A 330ml bottle of water averages at 91 pence in the United Kingdom, compared to Switzerland’s staggering £2.80. Taking all of that into account, alongside the weak pound, the cost of British tourism in Switzerland is astronomical to say the least. A shame considering the many, many reasons to visit. Closer to home, Heritage – a new restaurant on Rupert Street – adheres to a similar theme.

Even more dramatically so than Spanish food, Swiss cuisine is tragically under-represented in London, often reserved for Alpine-themed winter pop ups. With the launch of Heritage, head chef Aarik Persaud aims to showcase the finer side of Switzerland’s national cooking, serving sophisticated dishes such as dry-aged steak tartare or lobster tart alongside classics such as fondue and raclette, each embellished with premium ingredients such as Wagyu beef, lobster and truffle.

Opening in the height of summer, Heritage serves food synonymous with winter. Inside, the large, 80-cover space is refreshed by fierce air conditioning, with exposed brickwork, an industrial ceiling, dark wood and plush brown leather all lending to a lavish atmosphere with feint urban accents. Service is omnipresent and eager to please; warm and notably friendly, which complements the ‘interactive dining’ concept here and breaks the ice for prolonged visits to the table more typical of a stuffier fine dining atmosphere. A recent visit began with a rich take on a classic Boulevardier, garnished with orange rind flashily branded with the word ‘HERITAGE’ (£14). Elsewhere, the restaurant’s drinks offering offers a wine list of 200 bottles, each divided by grape varietals, showcasing unique wines from the Alpine region.

As for the food, dinner began with one of the kitchen’s four potato rostis. Expertly executed, the rosti had crisp exterior but was light and fluffy inside, crowned with a disc of Tomette de Brebis cheese and lardons of sweet-salty maple-glazed bacon (£14). A glorious triumph of fat, salt and carbohydrate. Black or white truffle are, of course, available as an additional topping, at an extra cost. Raclette, on the other hand, was scraped table side, acting as a blanket for a parade of charcuterie items from Cobble Lane Cured, including 24-month-aged ham, Wagyu bresaola, saucisson, some baby potatoes and various pickles (£15). A classic fondue is also available for at least two people, with three variations, beginning at £12 per-person.

From the larger plates section of the menu, a number of dry-aged steaks are available, plus dishes such as a Trenchmore Wagyu burger (£23), or hake with Borlotti beans and herb and mustard dressing (£24). Inspired by a recent visit to Parrillan, however, we ordered the seafood Charbonnade. A bucket filled with white hot coals was placed on to the table, joined by long forceps and a small plate of Carabineros, king prawns and diver scallops. The produce was expectedly exceptional, but the price tag of £49 per person is absolutely eye-watering, no matter how enjoyable the process of cooking our own dinner over an indoor barbecue pans out. Some salvation comes with an insalubrious potato gratin (£5) and Hispi cabbage wedge slathered with aioli and crispy ham (£5).

Overall, the entire experience at Heritage is fine. Service is charming, the drinks list is impressive and the food offering is solid, if not mind-blowing – but it’s hard to overlook the often extortionate menu prices. Tourists will undoubtedly fill seats, with such close proximity to Leicester Square, but Londoners may have problems coming to terms with the cost of dinner during a summer already blighted by the struggling pound.