By Samantha Ferrell-Schweppenstedde, Equality Now On BBC One tonight is the first episode of ‘ThreeGirls’, a hard hitting three-part drama that tells the true story of three girls who were among almost 50 adolescents groomed for sex by a gang of men in Rochdale between 2008 and 2012. Aged 13 to 17, these vulnerable underage […] 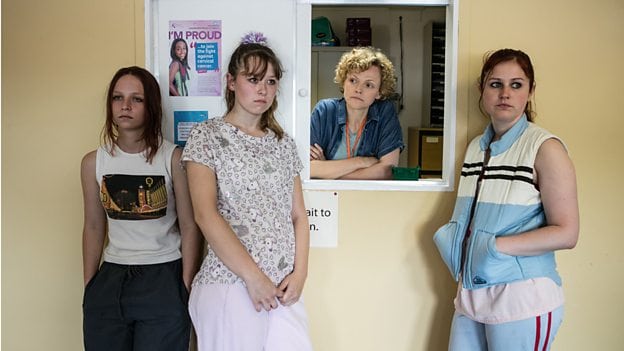 On BBC One tonight is the first episode of ‘ThreeGirls’, a hard hitting three-part drama that tells the true story of three girls who were among almost 50 adolescents groomed for sex by a gang of men in Rochdale between 2008 and 2012.

Aged 13 to 17, these vulnerable underage teenagers were trafficked – experiencing systematic rape and abuse at the hands of numerous perpetrators. On some occasions the girls were beaten when they refused to have sex. At other times, they were so drunk that they did not know what was happening to them.

In 2012, nine men were found guilty of offences including rape and conspiracy to engage in sexual activity with a child. At Liverpool Crown Court, the hearing was told how the group plied their victims with drink and drugs and “passed them around” for sex.

Meanwhile, the local authorities faced serious criticism for allowing the abuse to continue for so long. Evidence was ignored, with police and prosecutors failing to thoroughly investigate over a number of years because the girls involved were dismissed as prostitutes.

Following the publication of an internal report, the Assistant Chief Constable of Greater Manchester Police issued an apology to victims and their families, acknowledging “mistakes were made”.

Sadly, what occurred in Rochdale is just one example of how millions of vulnerable women and girls suffer grave human rights violations every year at the hands of traffickers and pimps who profit from the trade in human beings, and from buyers who fuel this multibillion pound illegal enterprise.

Sex trafficking involves recruiting, transporting or holding a person by use of threats, coercion, deception, or abuse of a position of power over those who are vulnerable, in order to sexually exploit them. Frequently, the end destination is the commercial sex industry, which continues to expand and is closely linked to other organised criminal activities such as drug dealing and money laundering.

Some women and girls are abducted or deceived by offers of legitimate work, while others are sold by their own poverty-stricken families, or are themselves driven by poverty, isolation, or abuse into the lure of traffickers who prey upon their situation.

Regardless of their route into commercial sexual exploitation, victims can easily become trapped in a world of violence, debt bondage, abuse and isolation, making it extraordinarily hard for them to get out.

The buying and selling of sex is intrinsically linked to sex trafficking. A 2014 report by the United Nations Office on Drugs and Crime found that 70% of those who are trafficked worldwide are women and girls (49% and 21% respectively), and of those, 79% are trafficked for sexual exploitation

In the UK, the Crown Prosecution Service says: “The increase in human trafficking for sexual exploitation is also fuelling the market for prostitution in the UK, although this is largely confined to off street and residential premises such as brothels, massage parlours, saunas and in residential flats… Women may be vulnerable to exploitation because of their immigration status, economic situation or, more often, because they are subjected to abuse, coercion and violence. However, there is evidence now that trafficked women are also working on the street”.

The commercial sex trade operates on the market principles of supply and demand. The demand is created by men who pay for commercial sex, ensuring that sexual exploitation and trafficking continues. Traffickers, pimps and facilitators profit from this demand by supplying the predominantly women and girls who are brutally exploited on a daily basis.

Many countries have laws that either fully criminalize, decriminalize or legalize the sex trade in harmful ways: either they punish those who are being exploited, or openly promote their exploitation and give traffickers, pimps, brothel-owners and sex buyers a safer environment in which to operate.

Countries that neglect to focus on the demand that fuels sex trafficking, or have legalized the commercial sex industry, have witnessed increased prostitution and greater numbers of trafficked women and girls to fulfil an influx of international sex tourists as well as increased demand locally.

Equality Now is an international human rights organisation that works to bring an end to sex trafficking. We believe that in order to tackle the problem effectively, the UK government should adopt the Equality Model, which recognizes the need to end demand.

Women and girls involved in prostitution and the commercial sex trade should not be criminalized and punished. Instead, Equality Now advocates for laws that focus on those who profit from this crime – sex traffickers, brothel owners, sex tour operators and pimps – and also those who fuel and prop it up with their demand: the buyers. Holding buyers of commercial sex accountable reduces sex trafficking – no demand, no supply. No client, no business.

Key to this is recognizing and tackling the type of social and economic factors that make women and girls vulnerable to sex trafficking and prostitution, like the girls in Rochdale who paid a heavy price for failures in the system that was meant to protect them.

Read “The Women’s March was a huge success. What comes next?” Click Here