London definitely doesn’t suffer from a lack of Vietnamese cuisine offerings – and thanks to my previous living quarters in Hoxton, I’ve sampled a lion’s share. That said, London still hasn’t reached saturation, so far as Vietnamese food is concerned. A healthy walk from Kings Cross station, CoBa is the brainchild of Damon Bui and […] 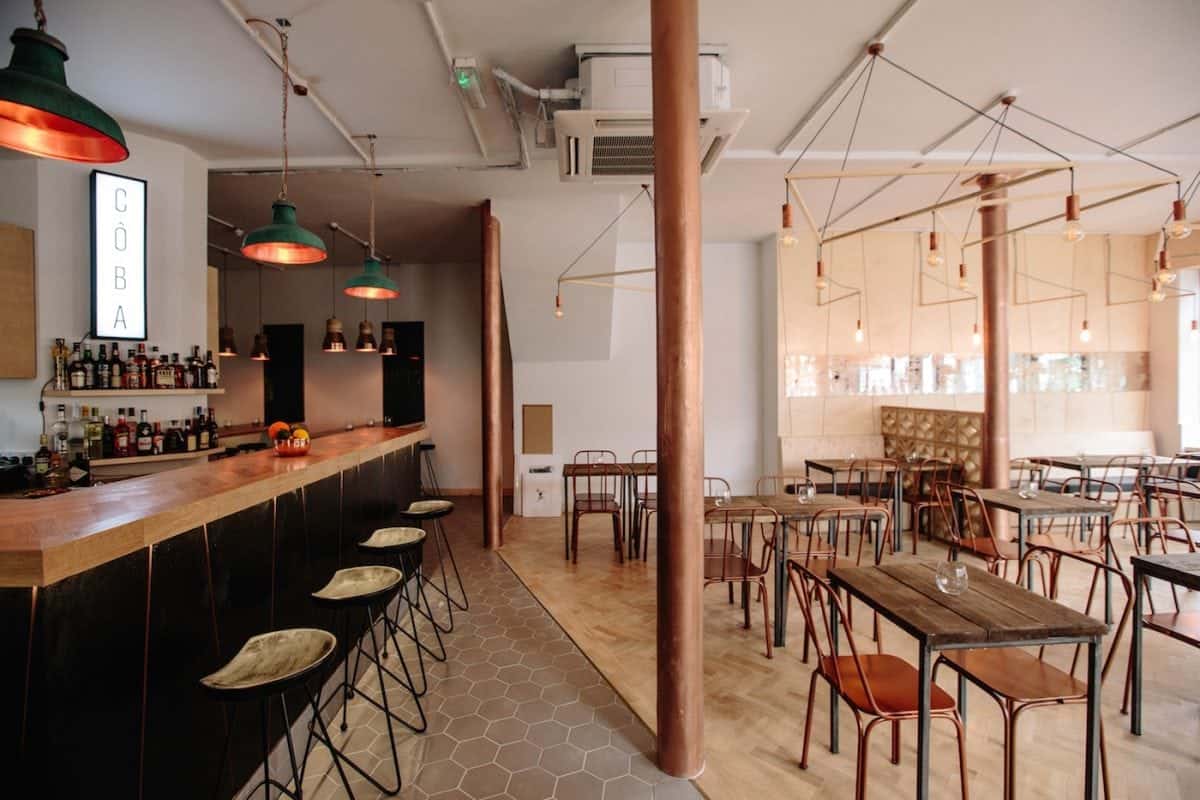 London definitely doesn’t suffer from a lack of Vietnamese cuisine offerings – and thanks to my previous living quarters in Hoxton, I’ve sampled a lion’s share. That said, London still hasn’t reached saturation, so far as Vietnamese food is concerned.

A healthy walk from Kings Cross station, CoBa is the brainchild of Damon Bui and MJ Gadhavi. Built on the success of their supper club, Table for 10, and Damon’s Vietnamese-Australian upbringing, the restaurant offers a menu lifted directly from Damon’s childhood. Arriving for an early Tuesday dinner, it’s immediately clear that the place is popular. Most of the tables are reserved, with punters arriving in a steady stream. Seeking advice from Twitter, earlier in the day, it’s also clear that CoBa’s prawn toast is highly recommended. We order it alongside summer rolls and BBQ lamb cutlets.

Pork and king prawn summer rolls are freshly made to order, and you can tell. The fresh herbs balance wonderfully with the meat, and the peanut dipping sauce (also fresh) decadently coats the still sticky pastry. Lamb cutlets are served with a somewhat spicy dipping sauce and they’re perfectly cooked. The meat, which has been steeped in a sweet marinade, is succulent, laden with a smoky char. The cutlets are enjoyable on their own, but the dipping sauce elevates the dish to new heights.

But for the famous prawn toast? I’m afraid that I’m not a fan. No, this isn’t standard take out fare (for starters, the filling is made with quality king prawns), but my portion is over fried and tastes of nothing but oil. Missing the flavour of the prawns completely – it’s more akin to a fried slice than a reimagining of a classic. The dish is glazed with an interesting sauce, but on tasting I get the flavours of a slightly spicy burger sauce. Alas, this dish is far from being a winner. That said, I’ve seen several mentions of the prawn toast as ‘one to remember’ across the internet, so can only suspect this iteration is perhaps an anomaly.

For mains, it’s Beef Pho, which arrives steaming, with all the ‘trimmings’ already in the soup. This is unfortunate – in so far as removing the ability to flavour the soup with the elements I’d like, but with the decision already having been made on my behalf. This wouldn’t be too problematic, if not for the healthy portion of bean sprouts. In their raw form, bean sprouts are peppery, and this is the predominant flavour, overtaking the broth’s subtlety. Otherwise, the broth is excellent. Well balanced and bursting with flavour. The beef, some of which is added to the soup raw, to be cooked by its heat on the way to the table, is thinly sliced albeit a little fatty for my liking.

A betel leaf noodle salad with BBQ beef, on the other hand, is spectacular. It’s rich, fragrant and tastes fresh and balanced. The beef is cooked meticulously, its richness harmonising accordingly with the spices, impeccably cooked noodles, crunchy peanuts and slightly fiery dressing.

Overall, the Vietnamese food at CoBa certainly warrants a visit – even for the fresh summer rolls and BBQ lamb cutlets alone. Forget the prawn toast though, the noodle salad is a dish that shouldn’t be missed.