Anti-racism campaign HOPE not hate yesterday delivered a 26,500 signature letter of protest to the US Ambassador, Woody Johnson, over US President Donald Trump’s retweets of a British anti-Muslim hate group. Representing a broad swathe of disgust with Trump’s actions, HOPE not hate deputy director Jemma Levene said that Britons had been outraged by the […] 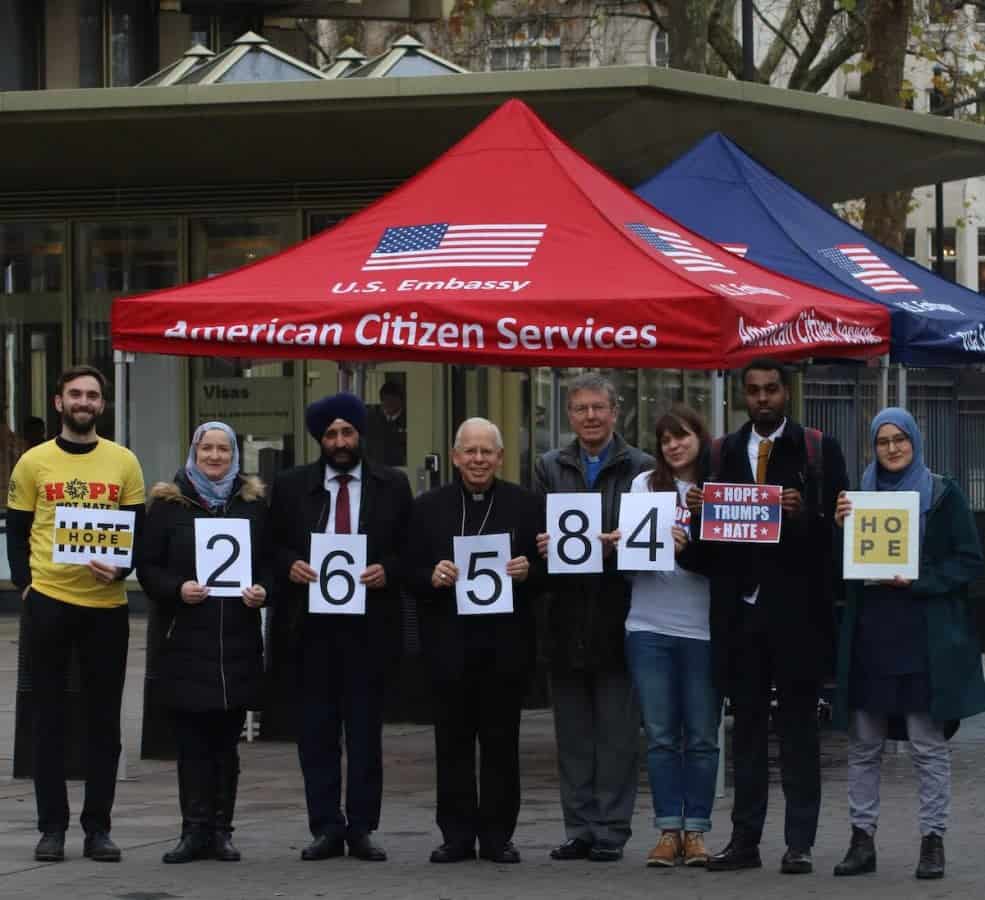 Anti-racism campaign HOPE not hate yesterday delivered a 26,500 signature letter of protest to the US Ambassador, Woody Johnson, over US President Donald Trump’s retweets of a British anti-Muslim hate group.

Representing a broad swathe of disgust with Trump’s actions, HOPE not hate deputy director Jemma Levene said that Britons had been outraged by the President’s actions.

“We want to let Mr Trump and US officials know, in no uncertain terms, that the people of Britain will not stand for those who promote violence, hatred and division.

“Britain First’s brand of extreme intolerance and thuggery is not fitting for anyone to share, let alone the world’s most prominent leader.”

HOPE not hate’s 26,584-signature letter was collected after Mr Trump retweeted three anti-Muslim videos shared by the deputy leader of far-right hate group, Britain First, which has now seen a surge in its online presence.

Prior to Mr Trump’s intervention, the group was best-known for historical connections to Loyalism, the far-right British National Party, mosque ‘invasions’ and the criminal convictions of its leadership. It has been struggling for money and membership, despite its large Facebook following.

Trump’s actions were widely condemned and led to a spat with the British government, which joined in the worldwide condemnation of the US leader.

HOPE not hate’s letter to the US Ambassador asked supporters to condemn Mr Trump’s actions in the strongest possible terms, and leave the Ambassador in no doubt about the depth of feeling here in the UK.