It would be fair to insist that Westminster’s Cinnamon Club, first opened in 2001, is still one of the most breath taking spaces for a high-end Indian restaurant in London. That’s without even considering the food from Michelin-starred Executive Chef Vivek Singh. The chef’s food has become so popular, in fact, that two offshoots (Cinnamon […] 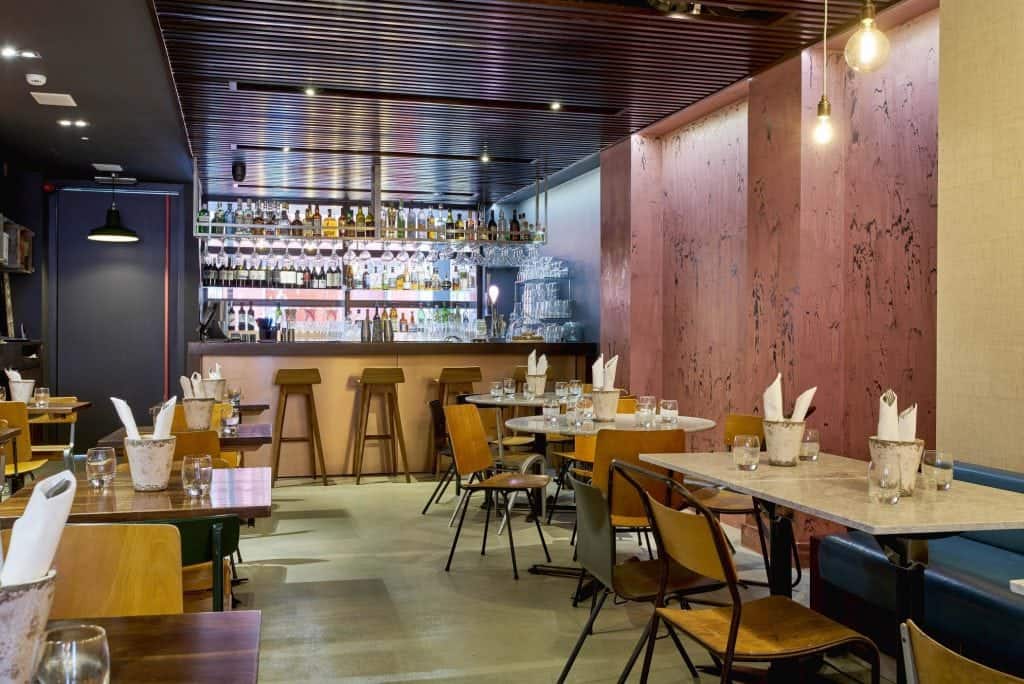 It would be fair to insist that Westminster’s Cinnamon Club, first opened in 2001, is still one of the most breath taking spaces for a high-end Indian restaurant in London. That’s without even considering the food from Michelin-starred Executive Chef Vivek Singh. The chef’s food has become so popular, in fact, that two offshoots (Cinnamon Kitchen and Cinnamon Soho) have also been rolled out across the city in the past fifteen years.

Just a stone’s throw from Liverpool Street station, Cinnamon Kitchen offers a relatively upmarket take on what’s to expect from the Westminster restaurant, seemingly aimed at suited city boys, while the latter is a far more casual affair. Set within reach of Kingly Court at the end of Carnaby Street, Cinnamon Soho joins the likes of Pizza Pilgrims, Dirty Bones, and Le Bab – all serving modest, reasonably priced and generally very good food. And in this dog-eat-dog world with seemingly more restaurants than people in Soho, the amount of surrounding competition is, alone, enough to set expectations high before even arriving. Inside, like most Soho restaurants, the space is narrow and makes use of the limited space by placing tables close to one another and painting the walls with bright colours to bring an air of warmth. What’s more, unlike so many other Soho restaurants, the small space takes reservations, which is a welcome relief.

In expected contrast from Cinnamon Club, the food on offer here focuses on relatively simple contemporary British-Indian small plates. The menu features dishes such as Vindaloo made with ox cheek; a token take on chicken korma and tikka masala; and a lamb Rogan Josh shepherd’s pie that’s apparently a real crowd pleaser. On recommendation we opt for a sharing starter; a ‘selection of balls’ (£9). These particular ‘balls’ are served on a long black plate and turn out to be a selection of ten spherical deep-fried treats. Included are Singh’s famous Bangla-Scotch eggs – quail eggs which are wrapped in spiced beetroot instead of sausage meat. The beetroot is a welcome alternative, working surprisingly well with the egg, alas the yolk is hard and crumbles when bit in to. Much better are the fried crab cakes spiked with fragrant curry leaf, working well alongside the crab yet without overpowering the sweet, delicate white meat.

A plate of Tanjore style king prawns is the most expensive main on offer at £17.50. Three plump prawns swim in a vibrant terracotta, fragrant curry sauce that hums with flavour and enough spice to excite the palate, but again works in harmony with the delicate shellfish instead of overpowering it completely. This is served with a bowl of steamed rice, but by the time that it arrives I’ve almost devoured the rest of the dish. The lamb biryani (£14), served within a cast iron pot, has enough rice for both dishes, however. As expected, the biryani is heavy on the rice, though a little more of that beautifully slow-cooked lamb with internal fibres that give way and almost melt on the tongue would be welcome, especially considering the price.

The less said about dessert, the better. Malabar plum cake is served with cinnamon ice cream as a nod to the restaurant brand, and has a pleasant level of sweetness. The cake, on the other hand, is unappealingly dense and the caramel sauce poured atop is so burnt on this occasion that its intense bitterness renders most of the dish completely inedible.

Burnt caramel aside, the youngest addition to Vivek Singh’s growing restaurant empire delivers on its promise of an atmosphere less stuffy than that of Cinnamon Club and Cinnamon Kitchen, as well as serving fair modern Indian dishes with a generally reasonable markup in such a central location.