By Jonathan Hatchman, Food Editor, @TLE_Food At the start of 2012, a young chef named Ollie Dabbous opened his first solo restaurant, having previously worked in the kitchens of Raymond Blanc’s Le Manoir aux Quat’Saisons, and Texture. Following some rave reviews alongside a swathe of excitement, the small Fitzrovia restaurant became an almost instant success, […] 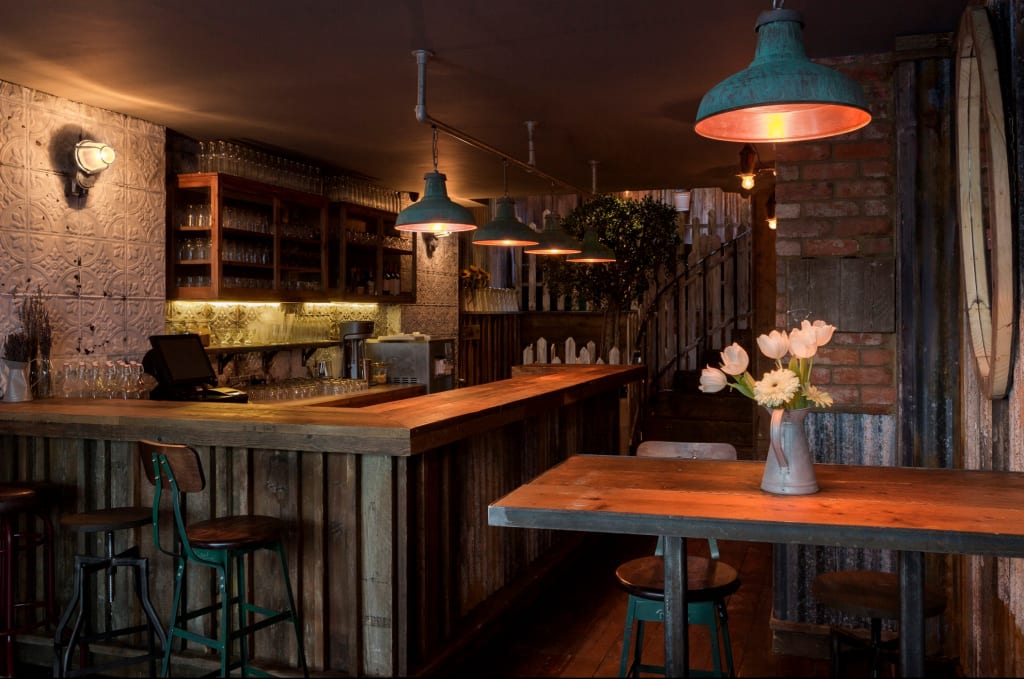 At the start of 2012, a young chef named Ollie Dabbous opened his first solo restaurant, having previously worked in the kitchens of Raymond Blanc’s Le Manoir aux Quat’Saisons, and Texture. Following some rave reviews alongside a swathe of excitement, the small Fitzrovia restaurant became an almost instant success, with tables virtually impossible to book – whereas four years later, in the present day, London’s foodie elite would be queuing the entire length of Tottenham Court Road just to take Instagram photos of Dabbous’ prettily presented plates, using some of the most under-appreciated ingredients that the British countryside has to offer. Just over one year later, Dabbous was unsurprisingly awarded with a Michelin star (of which it has retained) and the acclaim grew even further. Fortunately, however, Dabbous is one of London’s very few restaurants to live up to its hype, and is still responsible for serving some of the city’s favourite food. And with such success surrounding the chef’s first restaurant, the inevitable opening of a second restaurant would surely prove incredibly difficult? Especially if the second restaurant were to act as a completely different, detached opening – not dissimilar to the famously difficult musical feat of releasing expectation exceeding sophomore albums.

In 2014, Ollie Dabbous opened Barnyard, just a stone’s throw away from Dabbous; taking over a spot within Charlotte Street, already heavily populated by restaurants. Inside, the tiny space’s main focus is a prominent bar area, adjoined by corrugated iron walls, raw wood table tops, and old barrel drums that have been quirkily transformed into less than comfortable seats. As far as the menu is concerned, the food is remarkably different to that on offer just around the corner. Instead, a relatively short menu features dishes with a strong focus on comfort food, inspired by American recipes and techniques, as well as good home cooking. An impressive drinks list is also on offer, with a range of ‘Shandies’ (beer and cider-based cocktails) available. The ‘Harvest Shandy’, which comprises a sweet blend of honey, lemon, ginger beer, golden rum, banana liqueur, and Einstök white ale, is certainly worth sampling, and is a perfect dessert alternative.

The food at Barnyard is especially prepared with a focus on sharing, with a selection of five or six dishes suggested between two people, with each dish arriving at the table as and when it is ready to leave the pass. First an enamel dish featured rings of squid that had been battered and very lightly fried, although the batter was anaemic, the squid had been cooked wonderfully, with a smattering of fresh chilli to make up for the lack of seasoning. Next, a large homemade sausage roll landed upon the table with a remarkable glaze on top which was almost reflective and almost burnt. The dish was, however, served at an odd, just warm, temperature. Had it been served either piping hot, or indeed fridge cold so that the fat in the pastry and in the sausage meat had re-solidified, it would have been perhaps a little more exciting, especially when paired with the delicious accompanying piccalilli. A dish of grilled mackerel boasted a beautifully cooked and generously seasoned tranche of fish, while working well with some sea vegetables and walnut, the baffling addition of gooseberry provided an unwelcome slimy texture, especially when paired with the soft fish.

Better was the restaurant’s take on a lobster roll, a dish that has been touted to excess in recent years, possibly thanks to the likes of Burger & Lobster popping up on every central London corner. Fortunately, Barnyard’s version is overall superior: well-sized with a delicious tarragon sauce and shredded lettuce to join the warm lobster filling that delivers a level of advanced comfort food indulgence, which is no bad thing. The standout dish of our whole lunchtime visit, nonetheless, was a salad of runner beans cooked slightly al dente, teamed with sharp confit nectarine segments, fresh basil and mint, and a remarkably simple yet satisfying almond praline to provide another dimension of texture to an already accomplished dish. An exceptional example of British seasonal flavours at their finest, working in sweet harmony.

It would be completely unfair to compare the type of food on offer at Barnyard to what’s to expect from Dabbous. The two venues are significantly different and are, for the most part, so far apart no matter how geographically close. Although some of the dishes at Barnyard have their faults, a prevalent glimmer of wonder is delivered within the comforting value of nearly all of the dishes on offer here, all available within a fun setting and at a surprisingly reasonable mark up.

Barnyard can be found at 18 Charlotte Street, London, W1T 2LY.