Against all odds, Victoria is becoming a dining destination. The surrounding area, that is, rather than the station itself. Now, joining the Mango Trees and West Cornwall Pasty Companies of the world, a number of genuinely exciting restaurants have opened – largely thanks to the new Nova complex. No longer at terminus of terminal discontent, […] 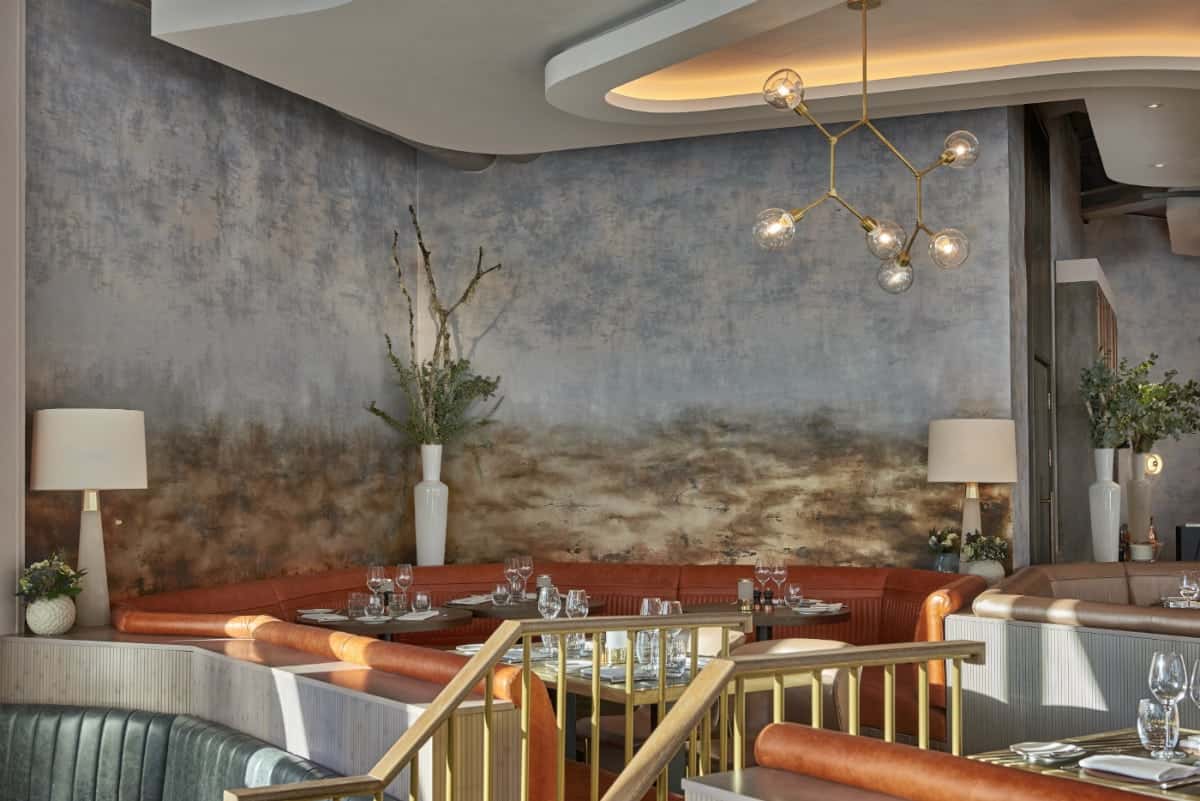 Against all odds, Victoria is becoming a dining destination. The surrounding area, that is, rather than the station itself. Now, joining the Mango Trees and West Cornwall Pasty Companies of the world, a number of genuinely exciting restaurants have opened – largely thanks to the new Nova complex.

No longer at terminus of terminal discontent, Victoria and its steely Nova complex, is now home to restaurants such as Jason Atherton’s Hai Cenato, Sticks’n’Sushi, Bone Daddies, Franca Manca and Aster. Opened by D&D London in 2017, Aster is a 10,000 square foot multi-purpose venue with a bakery, bar downstairs café and upstairs restaurant. Set across two floors, the venue is enormous – like Novikov, but tasteful. The upstairs restaurant has sharp, quintessentially Scandinavian, minimalist décor with brass light fittings, plenty of marble, and a cool, dusky colour scheme. Service is equally sharp. Juxtaposed to the downstairs café, the restaurant has a fine dining edge, serving an a la carte offering alongside pre-theatre and working lunch menus. Then there’s the tasting menu.

As a concept, tasting menus (or menu degustation, if we’re being really sanctimonious) have aged badly. Yes, they offer a cornucopia of the kitchen’s dishes, far more immersive than the standard three-course a la carte; and yes, any chef worth his or her Amethyst Bamboo rock salt will insist on offering a tasting menu. But more often than not, tasting menus are a pompous parade of plates fuelled by the chef’s swollen ego. Besides, there’s nothing worse than discovering exciting new restaurants that actually double up as detention centres. “Would sir like anything else,” the waiter always asks, as you wrestle one last macaroon into your mouth, only to be polite; like a bloated Moomin having already ploughed through 11 courses. “Yes please: a sick bucket and a new pair of trousers.”

At Aster, though, the tasting menu is different. It’s light and elegant and it’s possible to be in and out in just over two hours. “You’ll love it!” I’m promised. Here, Finnish chef Helena Puolakka leads the kitchen, serving food oft touted as French-Nordic fusion. Against the dreary expectations summoned by the accompanying ‘F word’, Helena’s cooking champions Nordic flavours and ingredients – inspired by her upbringing on the Finland’s south-west coast – teamed with French technique, having previously worked alongside chef Pierre Gagnaire, notably at his three Michelin starred Hotel Balzac in Paris. 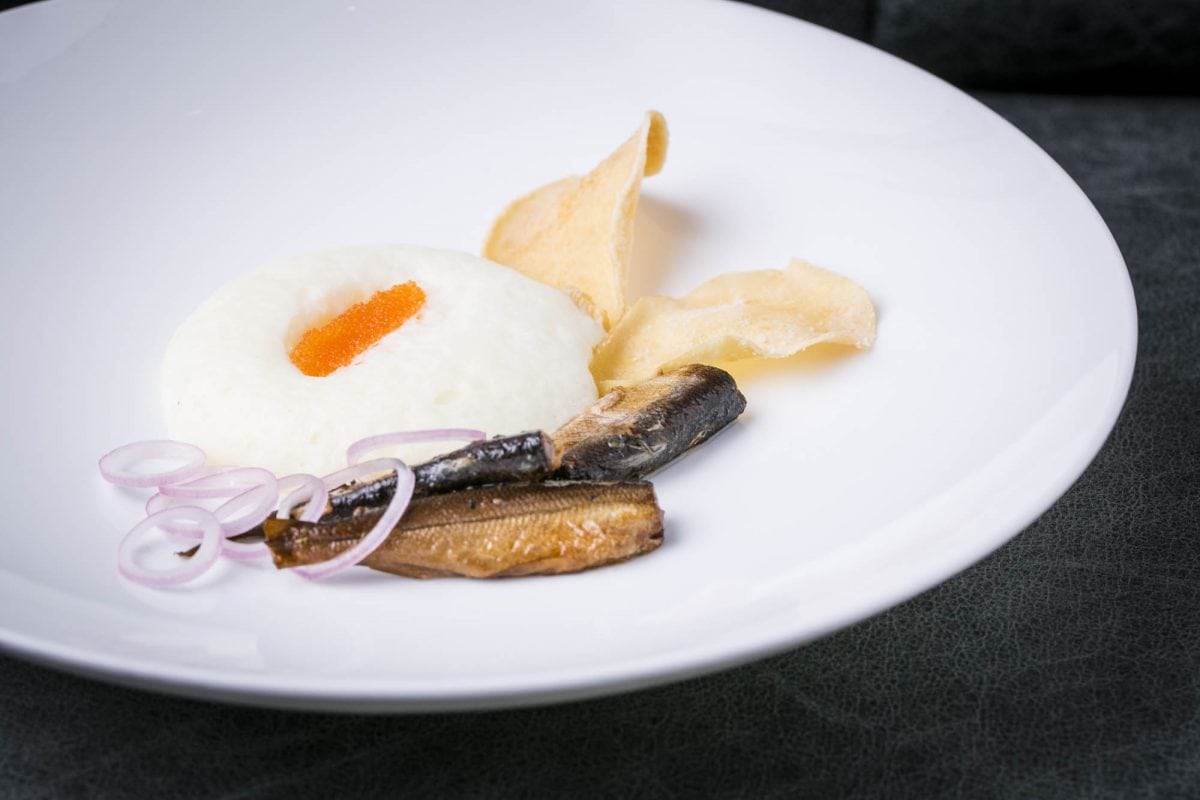 The ‘Taste of Aster’ menu began with a round of cakey rye bread, quickly followed by scallop carpaccio. Complementing the clean taste of raw scallop, lemon juniper dressing was sharp, balanced with a curd of sea buckthorn and garnished with micro coriander. A tremendously clever appetite builder. Next, a puddle of mousseline was amongst the smoothest iteration of aerated mashed potato in London, topped with a spoonful of large, salty bleak roe. On the side, three smoked vendance had pleasing oiliness, joined by beetroot crisps and a drizzle of typically Scandinavian dill oil (delightful with the smoked fish).

Foie gras poached in port was the menu’s most French inspired course, by quite some margin. This hunk of liver melted on the tongue, like pate, served on a bed of tender swede and deep-fried spinach leaves for added texture. Naturally, the foie gras was stunning with its accompanying sauce of tart raspberry: sweet, sour, thick and painted onto the plate. In contrast, a fillet of confit salmon was particularly dainty, convoyed by a shard of brittle skin. In addition, the fish was served simply with shredded green apple, a smear of apple puree, surprisingly rife with flavour, and an anchovy acting as natural seasoning. 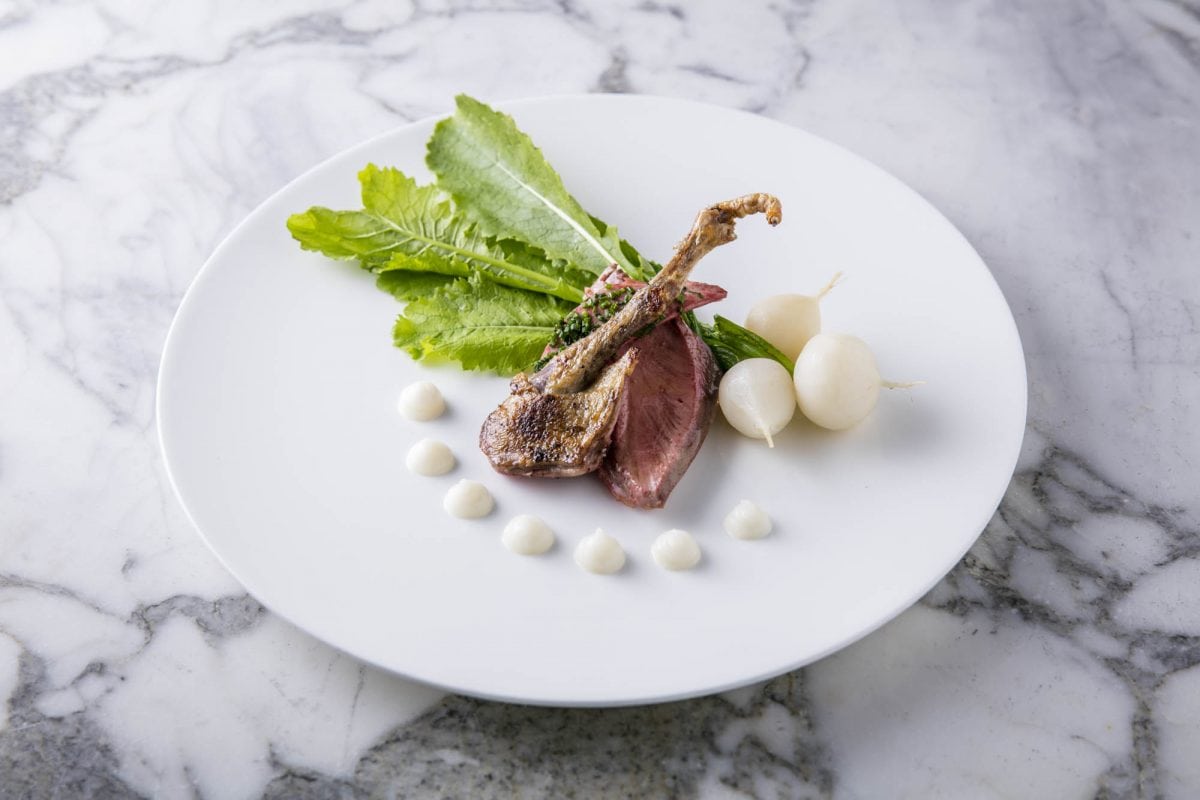 The tasting menu’s meat main championed Anjou pigeon – both leg and breast. Both were cooked rarer than a friendly London bus drive. The pigeon was so pink, in fact, a good vet might have had success in resurrecting the bird. Although very pink, the bird was certainly edible (I personally enjoy pigeon breast cooked rare), though the skin was flaccid, jarring, unremittingly unpleasant. Dessert, on the other hand, was experimental but suited to the rest of the meal. Rich chocolate ganache was served with dense beetroot sponge and smoked beetroot sorbet. Although unusual, chocolate and beetroot is a tried-and-tested, surprisingly harmonious, flavour combination. Though the smoked beetroot sorbet was inspired – technically brilliant – it was a step too far, nudging the dish into a rostrum of beetroot overdrive.

Aster can be found at 150 Victoria Street, London, SW1E 5LB.