To begin, I must be honest: Italian food is one of my favourites. Unfortunately, this means I’m not easily impressed. With either an ‘authentic’ or ‘modern’ Italian restaurant on what seems to be every corner, we Londoners are spoilt for choice. That is not to say that London doesn’t have some of the finest gems […] 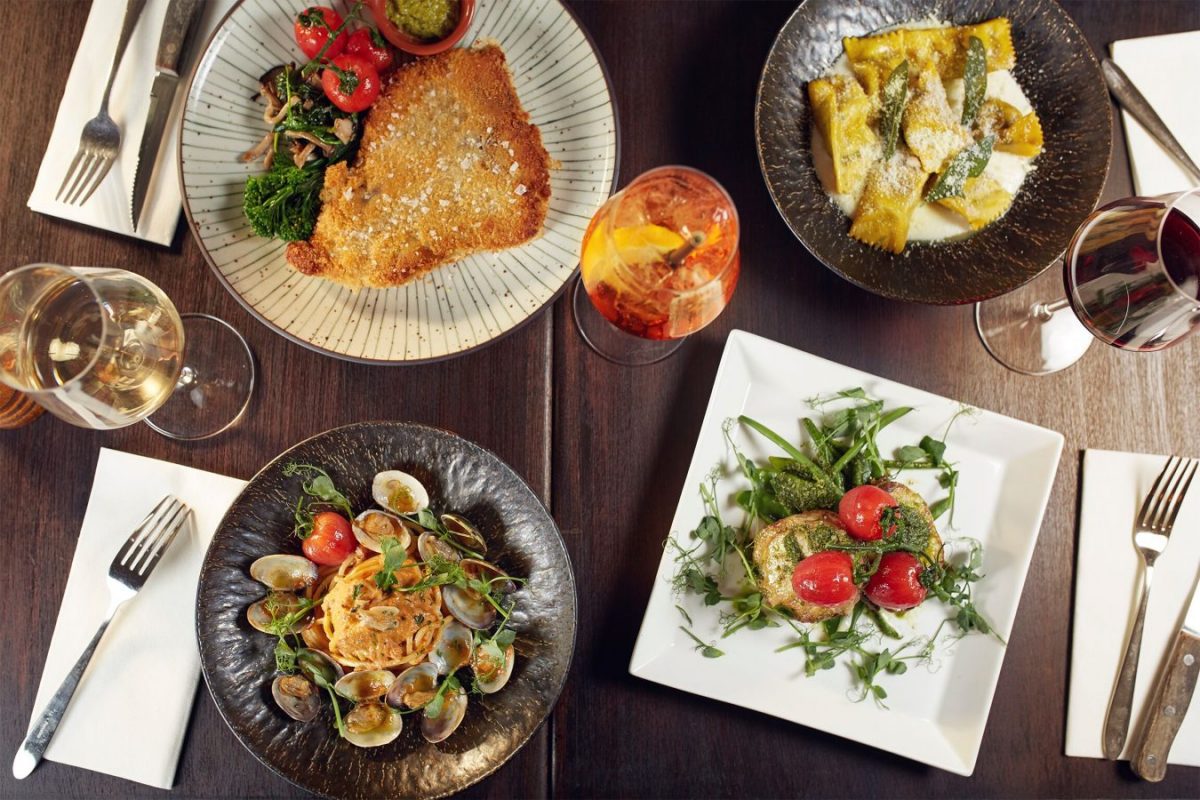 To begin, I must be honest: Italian food is one of my favourites. Unfortunately, this means I’m not easily impressed. With either an ‘authentic’ or ‘modern’ Italian restaurant on what seems to be every corner, we Londoners are spoilt for choice. That is not to say that London doesn’t have some of the finest gems in the crown of Italian cuisine, outside of Italy.

The team behind nearby Japanese restaurant UKAI and Head Chef Roberto Vezzanni hope that their restaurant, Artisan on Portobello Road, will be joining these ranks. The restaurant’s website remains sparse, besides a banner that suggests Artisan is “one of the best Italian restaurants in central London.” A bold statement. One means of attempting to stand out is the inclusion of various Japanese ingredients (along with ingredients from other corners of the world) which embellish many of the menu’s contemporary Italian dishes. It’s perhaps surprising that both Italy and Japan’s national cuisines have a similarly potent focus on produce and skilled, precise craftsmanship. This particular marriage of cultures has been successfully showcased at Angelina in Dalston, opened at the end of last year.

Artisan’s interior is like the menu: a mixture of the contemporary and the traditional. But most noticeably, it is dwarfed by a luscious olive tree overarching the dimly lit seating area, transporting dinners to the romantic streets of Rome, Milan or Naples. The menu itself is extensive, highlighting both its Italian roots and influences from around the world.

To start, we opt for beef tartar (£10.50) and octopus salad (£9.60), which arrive on our small table alongside a wonderful bread basket (£3.70). The tartar is wonderfully clean dish, veering from tradition: its meat well balanced with a truffle walnut pesto and pecorino cheese. The octopus, on the other hand, is much richer. Served alongside artichoke, squid-ink hummus and tarragon chimichurri, the Portuguese-style octopus is delicately cooked. As a whole, the dish is a muddier flavour profile as compared to the tartar, but it is equally delicious. Perhaps, if there was a criticism to make, the artichoke hearts were a little tough.

Despite the selection of ‘gourmet’ pizzas (think tiger prawns, pesto and sun-dried tomato), we decide on a classic: the Diavolo (£11.20) and the day’s special: purple potato ravioli (£14). The pizza is just as expected. Tomato, mozzarella, spicy salami and basil on a wonderfully baked dough, fresh out of the wood fire oven, which dominates the other end of the restaurant’s space. The pasta is, just like all the pasta dishes on the menu, handmade on-site by the Head Chef and its freshness doesn’t go unappreciated. Its richness offset in a lovely way by crunchy Parma ham and freshly grilled broccoli.

The highlight of the meal, for me, is the dessert: a white chocolate pistachio fondant, wonderfully oozing next to a lovely scoop of coconut ice cream. The dish is warmly familiar, yet exotically fresh. Overall, while each of the dishes was well produced, there was, unfortunately, nothing to write home about.