We’re all aware that wine is generally regarded as the ideal drink when it comes to accompanying food, yet in recent years a new contender has risen to prominence, with so many restaurants now offering specific beers paired alongside dishes, as well as (or sometimes instead of) wine pairing. Of course, food and beer have […] 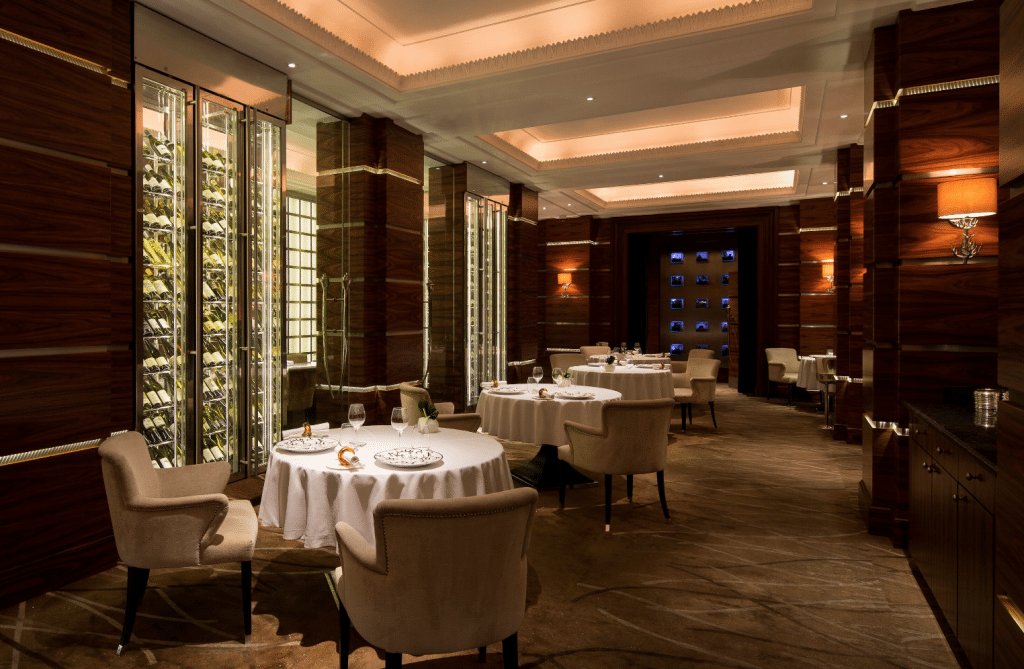 Alyn Williams at The Westbury

We’re all aware that wine is generally regarded as the ideal drink when it comes to accompanying food, yet in recent years a new contender has risen to prominence, with so many restaurants now offering specific beers paired alongside dishes, as well as (or sometimes instead of) wine pairing. Of course, food and beer have always been close friends, yet it is only more recently that so many of London’s restaurants other than a select few of London’s absolute finest, are offering beer lists as strong as wine lists, so much so that the notion is often inescapable.

For the more recent resurgence in this specific trend, a number of factors can be held to account, though it’s the rise in popularity surrounding craft beer that’s perhaps most flagrant. With so much variety in terms of locally sourced, premium brews on offer nowadays, and such a wide array of different flavours available, it makes sense for restaurants to accept this focus and bring it into the kitchen. As Brits, we are a nation of beer lovers, after all. And if you’re able to get over the prices and the pretentiousness that’s often associated – the entire notion of craft beer should continue to be welcomed with open arms.

One specific restaurant with an incredible focus on beer pairing, although not particularly new, is Chef Alyn Williams’ eponymous temple of gastronomy, situated within Mayfair’s The Westbury Hotel. In 2011, the chef opened his first restaurant, after having worked alongside chefs such as Gordon Ramsay, and Marcus Wareing who’s two Michelin-star restaurant at The Berkeley Hotel employed Williams as Head Chef, before moving on to operate his own space. And having visited Marcus at The Berkeley, a number of similarities between both spaces are omnipresent. Like Marcus, the restaurant’s plush furnishing and level of service generally associated with French haute cuisine adds a real sense of occasion, though the complete lack of natural light does provide the constant reminder of eating within a restaurant in the middle of a hotel. Another similarity between The Westbury space and Williams’ previous place of work, can also be found in the food, some dishes do push boundaries, yet the majority manage to retain a fundamental stroke of sensible classicism that’s without need for improvement.

To start, an amuse bouche of gougères arrived at the table: balls of savoury choux pastry piped with rich, decadent cheese – set the bar impossibly high for what was yet to follow. From the a la carte menu, a starter of creamy risotto starred perfectly cooked rice, accompanied by the strong flavours of both parmesan and summer truffle, yet both managed to harmonise with the delicateness of the dish, rather than overpowering the flavour combination. My dish of veal sweetbreads, on the other hand, was a true example of classic cooking without the need for any of the gimmicks that so many restaurants of this level tend to employ. The sweetbreads had been glazed with a misleading appearance of something sickly sweet, not dissimilar from that of a kebab shop rum-baba. Instead, the glaze delivered an incredible depth, as well as a richness that was teamed perfectly with subtle flavour combinations of salt baked celeriac, tiny dice of sweet apple, slightly bitter celery leaves and crunchy hazelnuts. There was, also, a sauce with the level of decadence that strips months from one’s lifespan with each delicious spoonful. Conversely, this was paired with a glass of Biere Blanche, brewed by Belgian Brasserie Lefebvre – a surprisingly delicate beer, with prominent notes of coriander and of orange peel, both delicate and refreshing, yet dispensing a distinct lingering finish.

Next, another beef dish comprised a perfectly rare slab of sirloin, accompanied by a small knoll of beef tartare, topped with a cooked oyster, complimenting the tartare’s texture as well as employing some clever natural seasoning. This was paired with a bottle of smokey Old Ford Export Stout from East London’s Redchurch Brewery, with notes of chocolate and a heavy bitter finish to complement the meat. My friend’s lamb dish, on the other hand, was slightly overcooked for my personal taste, albeit well received. The addition of a scrumpet, however, comprising breaded and deep-fried slivers of under-appreciated lamb breast, is what set the dish apart for all of the right reasons. Finally, a classic French pastry dish Paris-Brest, although huge, was expectedly magnificent. Two rounds of expertly executed choux pastry sandwiched a piped cream filling, topped with delicious pistachio nuts and served with another Belgian beer – 2014 Kriek Boon lambic beer – fermented with cherries, and complemented by a dash of kirsch at the bottom of the glass.

For the most part, the food on offer here is technically brilliant, although not particularly groundbreaking. Of course, the luxurious hotel affiliation and dining style will not appeal to everybody – but if a high end, good quality meal with a real sense of occasion is in order, Alyn Williams at The Westbury is unlikely to disappoint.