Comfort food classic: You can't go wrong with this simple recipe for traditional Cottage Pie with a touch of thyme. 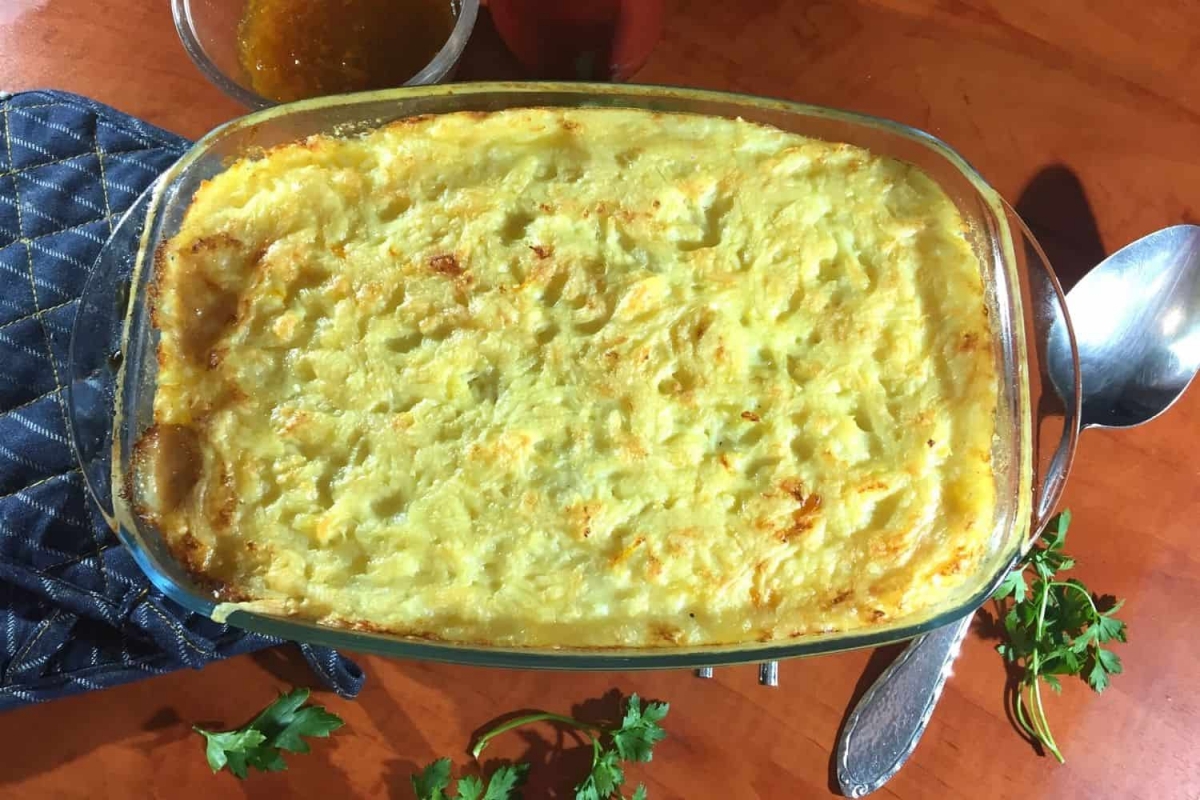 Hearty Cottage Pie is just one of those easy rotation dinners that you know is going to leave everyone feeling satisfied. Not only is it a comforting and delicious dish to make when the skies turn grey, but it is also a great way to use up leftover vegetables. Perfect for casual supper parties too.

Why is it called Cottage Pie?

The Cottage Pie’s history dates back to the 18th Century when the population started using potatoes as a staple food source.

At the time, making pie with potato was of course far cheaper than the alternative. The poorer people of Britain typically lived out in the country or rural areas in cottages. Because of this, a pie made from minced meat and mashed potatoes was known as a “Cottage Pie”.

In modern times, such a pie made with lamb is called Shepherd’s Pie.

In this recipe, we’ve used Bisto gravy granules to help along with the thickening, as well as a good helping of Worcestershire sauce to turn the mince layer into a rich gravy. Adding a touch of thyme also enhances the depth of the beefy flavour.

To prevent the mash from leaking into the pie filling below, let the meat cool down before adding the potato topping, using a fork to roughen it up, so that the tips go crispy in the oven.

Can you freeze Cottage Pie?

This great-value family favourite freezes beautifully. Make sure the pie is completely cold, then cover it well with cling film and freeze. Defrost in the fridge overnight; then cook as per the recipe.

RELATED: How To Make: Quick and Easy Banana Fritters