The Prime Minister was speaking during a press conference at Chequers with his counterpart Angela Merkel. 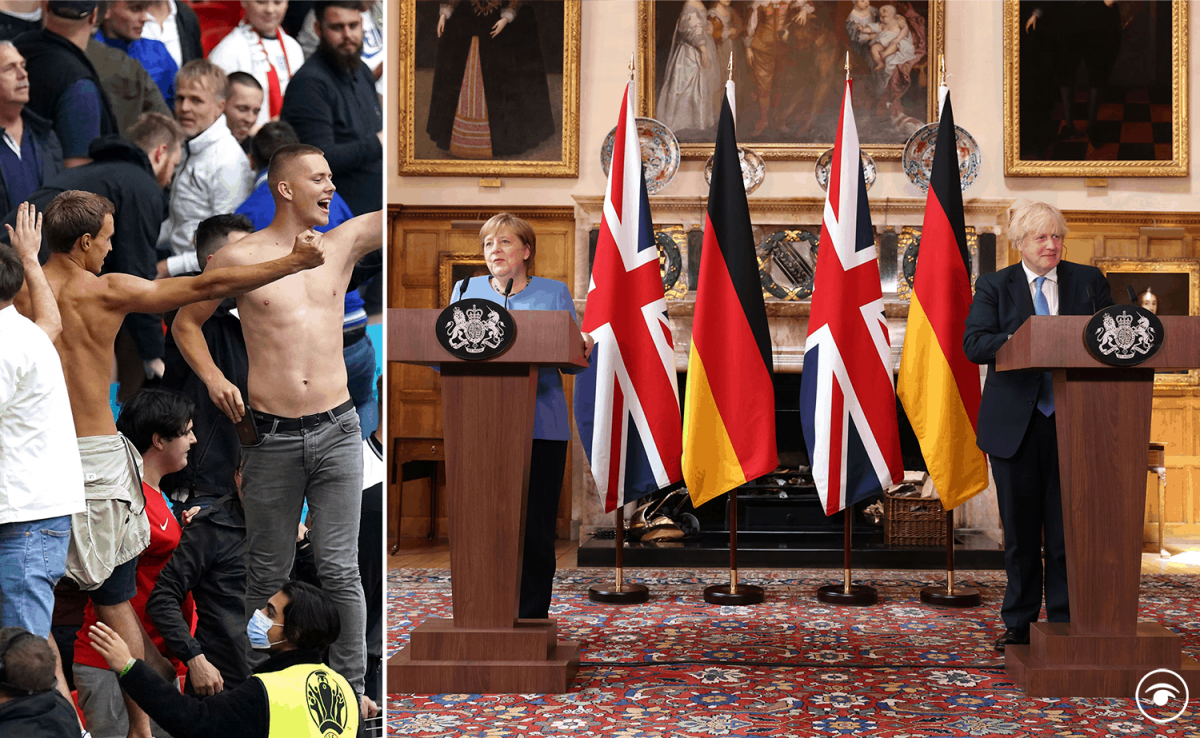 Boris Johnson teased Angela Merkel on England’s Euro 2020 victory over Germany, as he ruled out the prospect of further reducing Wembley attendances for the remaining matches at the stadium.

The Prime Minister joked that Germany had broken with its “tradition” of beating England in football tournaments, following the historic 2-0 victory for the Three Lions in the last-16 match at Wembley on Tuesday evening.

Noting Mrs Merkel’s 22 visits to the UK during her time in power, the Prime Minister told a press conference following their meeting at his Chequers residence: “In the course of that time some things have changed beyond recognition but for much of your tenure it was certainly a tradition, Angela, for England to lose to Germany in international football tournaments.

“I’m obviously grateful to you for breaking with that tradition, just for once.”

Mrs Merkel said the result was “deserved”, but admitted it made her country “a little bit sad”.

She said: “Obviously this was not a voluntary offer on my side to create the right mood for this visit but I have to accept it.”

She said: “I have said this to the Prime Minister.”

“I’m very much concerned whether it (the number of supporters at games) is not a bit too much.”

There were more than 40,000 supporters at Wembley for the England-Germany game.

But Mr Johnson said he had no plans to further restrict the capacity for the remaining games at the stadium, including the two semi-finals and the final.

He said: “Of course we will follow the scientific guidance, the advice if we receive any such suggestion.

“But, at the moment, the position is very clear in the UK.

“We have certain events we can put on in a careful and controlled manner with testing of everybody who goes there.

“There in the UK we have built up a very considerable wall of immunity against the disease by our vaccination programme.”

He echoed the sentiments of Dr Jenny Harries, chief executive of the UK Health Security Agency, who warned it was important people “do not forget to be careful”.