A simple recipe for rack of lamb: an impressive dinner for Easter or any time of year. 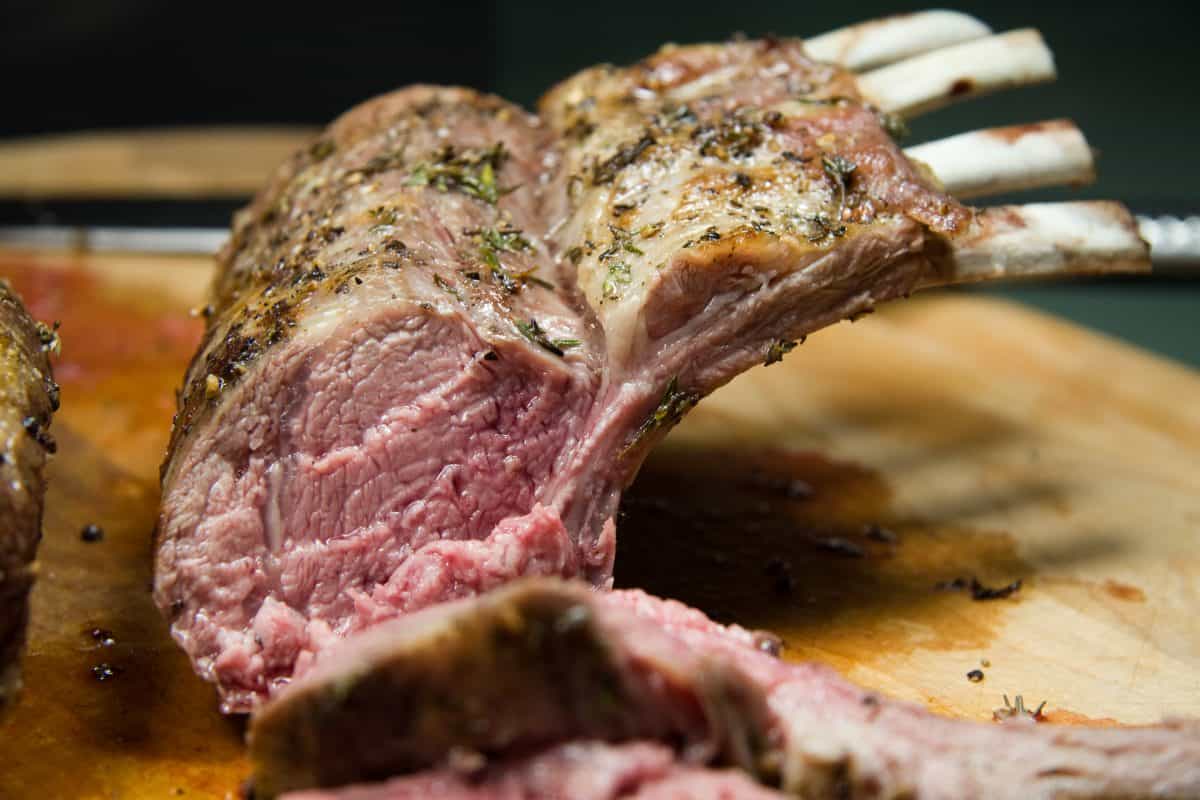 Including 16 ribs or chops, rack of lamb is one of the animal’s most premium cuts, particularly popular in the UK during spring. Lamb has also become globally synonymous with Easter, with references dating back to the bible. The pope even adopted the notion, with whole roast lamb enjoyed as the Pope’s Easter Dinner each year.

Nonetheless, lamb isn’t just for Easter – it’s widely consumed year-round, all over the world. Although only accounting for six percent of the world’s meat consumption, lamb is the principle meat in regions of North Africa, the Middle East, India, and parts of Europe. With an average citizen consuming nearly 50kg of sheep or goat meat in a year, lamb is most popular in Mongolia, though the European Union – as a whole – is the largest lamb consumer and importer; 99 percent of which is imported from Australia and New Zealand.

While rack of lamb is the most expensive cut of lamb, and the less premium cuts are often tastier, it’s an impressive dinner party centrepiece and it’s relatively simple to prepare, requiring less cooking time than most roasting joints. It’s important to render the thick cushion of fat properly, however, ideally in a cold pan (as with cooking duck breasts). Though the fat hugely contributes to the overall flavour, the rack’s quick cooking time and overall softness can be ruined by hard, poorly rendered fat.

Although lamb holds its own when paired with a huge variety of spices, this rack of lamb recipe uses a relatively simple marinade, intentionally quite subtle to avoid overpowering the rack of lamb’s elegant flavour profile. In addition to rendering the fat properly, it’s important that the rack of lamb is ‘French trimmed’, something best left to your butcher as it’s a laborious process that’ll leave your knife blunt as a hammer.

After marinading with garlic, olive oil, thyme, and rosemary for two hours, at room temperature, simply score the fat in a cross-hatch pattern and begin to cook in a cold pan, encouraging the fat to render properly. Once rendered, increase the heat to medium-high, carefully flip the rack of lamb and sear on the underside for a minute before placing into the oven, on a wire rack, preheated to 190C/gas mark 5.

The overall cooking time depends on the size of the rack of lamb, but it’s best cooked rare or medium-rare at most (between 120 and 130F). I’d recommend checking after eight minutes, using a meat thermometer to test the internal temperature at the thickest part. (Alternatively insert a metal skewer, close to the bone – it’ll be warm to touch when the meat is cooked). If not quite cooked, return for another two minutes before checking again. Generously season with black pepper and rest for 10 minutes before serving. My favourite accompaniments include dauphinois potatoes with plenty of garlic and nutmeg, and a simple chimichurri or good gravy. 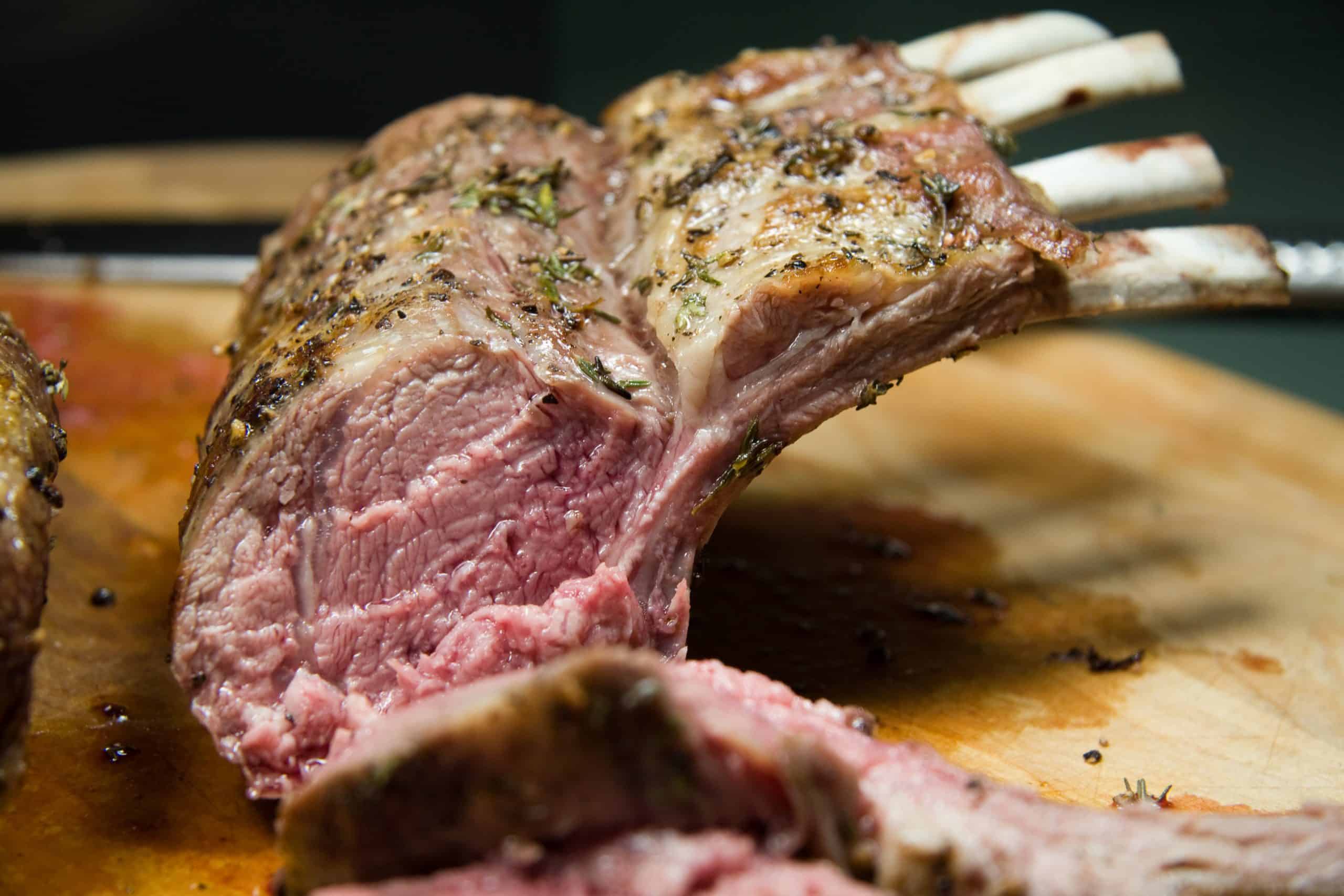