A traditional tea-time treat, Welsh cakes are made with simple store-cupboard ingredients and cooked on the stove, ideally in a cast-iron skillet. 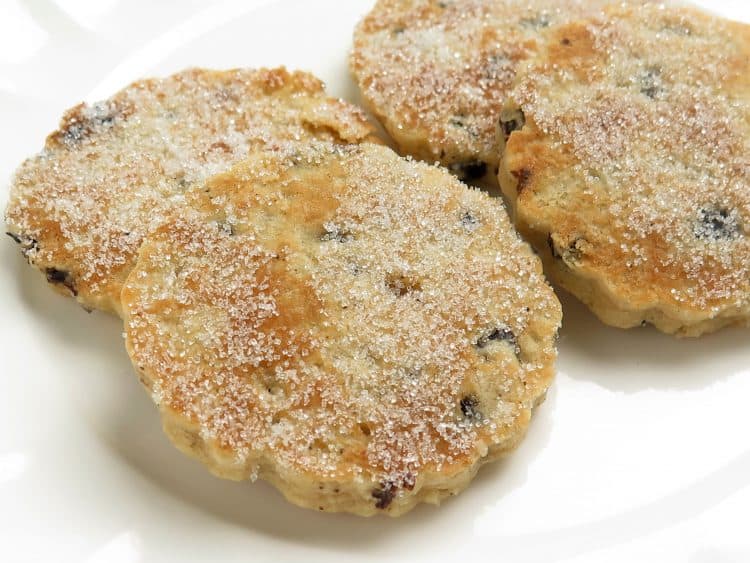 Also known as bakestones or pics, Welsh cakes are a traditional tea-time treat. Somewhere between a scone, pancake, and cookie, Welsh cakes have a unique taste and texture, typically cooked on a griddle and made using simple store cupboard ingredients such as flour, sugar, dried fruit, milk, and butter or lard.

Having become popular during the late 1800s, Welsh cakes were typically made by homemakers, for afternoon tea or for miners who would embrace the cakes’ portable nature, taking them to work each day. Around the time of their invention, two different methods of baking Welsh cakes were practiced. The cakes were either cooked on a bakestone – a cast-iron griddle around half-inch thick – which was placed on the fire or stovetop, varying in size from small, round cakes to a single cake as large as the bakestone. Alternatively, there were baked in a Dutch oven in front of an open fire, cut into small rounds and placed in rows on the bottom of the pan.

Today, cast-iron or even non-stick pans are generally used. Being griddled, however, Welsh cakes need to be made by hand, which accounts for so few commercial makers, unlike regional specialties such as Eccles or Chorley cakes.

For this Welsh cakes recipe, a cast-iron skillet is preferred, though a regular non-stick pan will work. Dried cranberries are also used, either in place of more traditional currants, or alongside with a fifty-fifty mixture of each. Once cut into six-centimetre rounds, they’re cooked in batches for around three minutes on each side, or until golden and cooked through before being dipped in sugar to coat. Welsh cakes are best eaten warm, but will last for 3-5 days in an airtight container, at room temperature.

If you can’t find mixed spice, you can make your own by combining a pinch of each ground cinnamon, ground nutmeg, ground cloves, ground ginger, and ground allspice.

How to make Welsh cakes 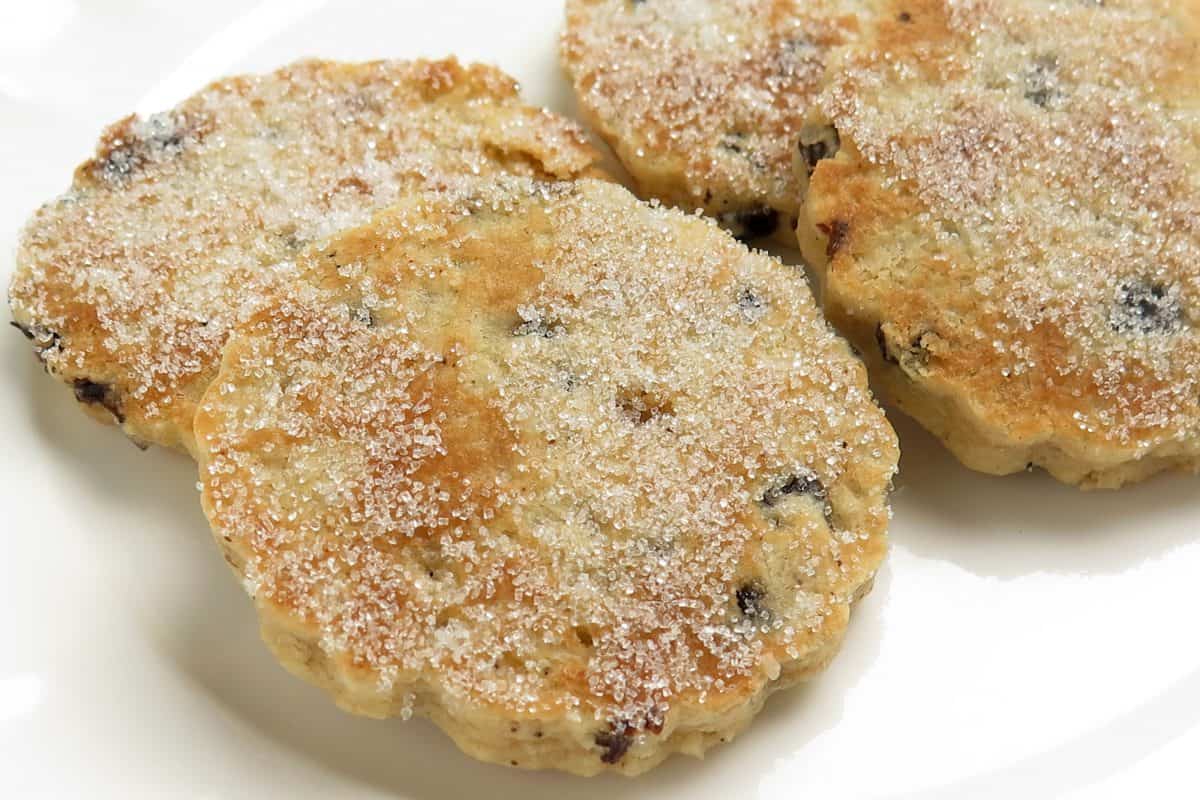 Welsh cakes are best served warm but still great cold and will last for 3-5 days in an airtight container, at room temperature.
Tried this recipe?Let us know how it was!