Corn is perfectly suited to ice cream, embellished with one slightly unorthodox ingredient. 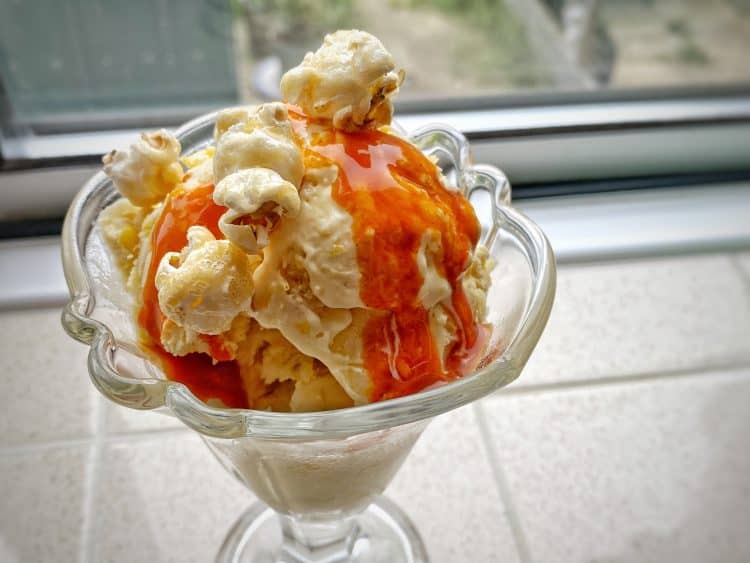 As we cling on to the final thrall of summer, before soup and casserole season officially arrives, this sweet corn ice cream celebrates one of the world’s most versatile grains.

Although corn will be considered an unusual ice cream flavour to many Brits, it’s a popular flavour in Mexico and for good reason. Corn is a fundamental pillar of Mexico’s national cuisine, showcased in a huge variety of delicious foods and drinks, and its sweetness is perfectly suited to ice cream: especially for a dessert that’s sweet but not overbearingly so. To make the ice cream, corn kernels are typically stirred in whole, though some recipes grate them to extract even more of their sweet, milky liquid. Some recipes call for the kernels to be strained, but they also add a good amount of welcome texture.

This particular sweet corn ice cream recipe is particularly inspired by that served at El Pastor alongside a slice of corn cake. And although it sounds extremely unorthodox, both versions are taken to the next level with a dash of hot sauce. Yes, ice cream doused with hot sauce sounds unusual, but on paper it makes sense. Typically drunk in huge quantities after eating hot chillies, milk has a neutralising effect, thus restraining some of the sauce’s spiciness, allowing the chillies’ complex flavours to develop on even the most spice intolerant palates rather than being overwhelmed by heat. Chilli and chocolate is a time-honoured classic, so why shouldn’t ice cream be accepted with dash of hot sauce. I’m particularly fond of using the original Cholulah here, but other finely-textured hot sauces also work well.

What’s more, this sweet corn ice cream can also be made without an ice cream machine. Once the ‘custard’ is prepared and cooled, simply freeze for around three hours, stirring every 30 minutes, making sure to scrape the sides of the bowl and fully incorporate any frozen chunks of ice cream. 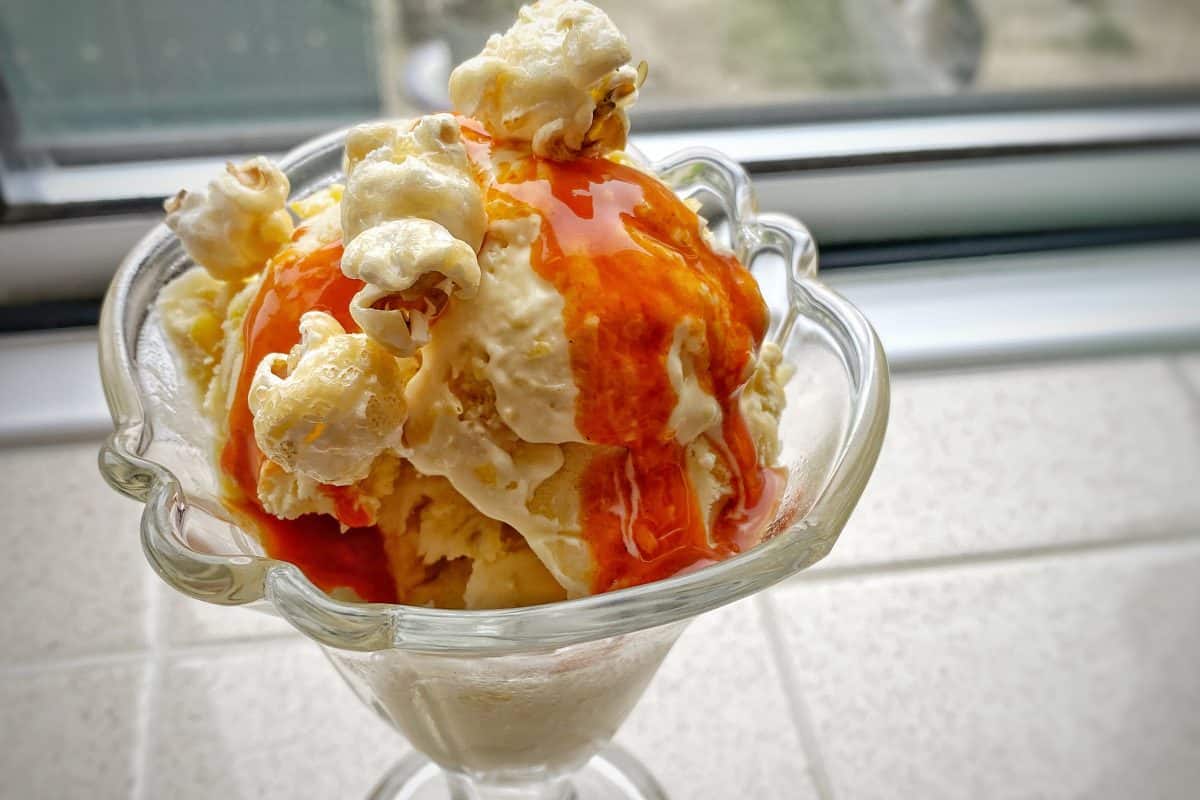 If churning by hand, decant the ice cream into smaller bowls to make it freeze faster.
Tried this recipe?Let us know how it was!