Salmon jerky is high in protein and Omega 3, making it a nutritiously favourable snack. 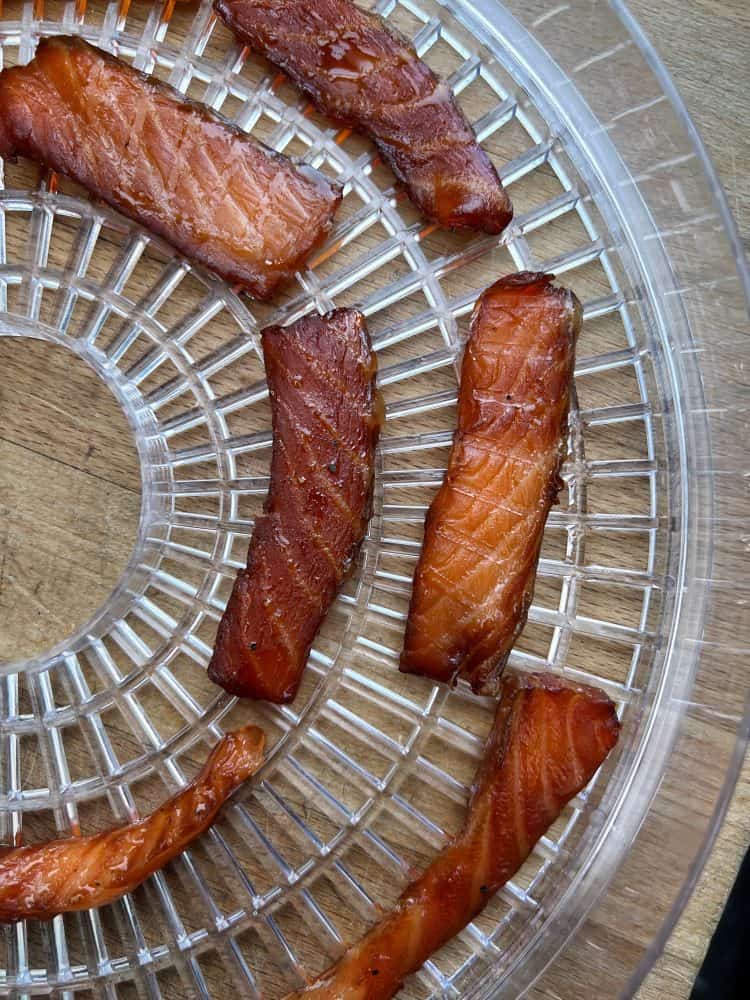 As it is known today, jerky is generally synonymous with North America, though it derives from the Peruvian ‘Ch’arki’, which translates as “to burn meat”. Dating back thousands of years, the South American tribe of Quechua would hunt buffalo – the main source of meat at the time – which was boned, sliced into long strips and massaged with salt. The meat would then be dried under the sun before either being treated with slow smoke or dehydrated for at least two-to-three days. When the Spanish Conquistadors arrived in South America, the native preserved dried meat products become popular with the Spaniards embracing the cooking method prized for its portability, eventually experimenting with new meats such as venison, deer, and other wild game animals. Today, beef jerky remains the most popular global option, though variants such as lamb, venison, bison, kangaroo, and salmon jerky are also readily available.

A particularly popular snack in Alaska, salmon jerky is at its best when made using a dehydrator, but can also be prepared at home using domestic ovens. Some producers also smoke the fish to bring out even bolder smoky flavours.

Healthy and filled with protein, this salmon jerky recipe sees the fish cut into strips, marinaded overnight in soy sauce, maple syrup, liquid smoke, hot sauce and lemon juice, then very slowly dried out. Once cool, it’s then stored in an airtight container and can last for up to 2-3 months if stored properly.

When using salmon, sourcing sustainably caught fish is extremely important. But for salmon jerky, it’s also worth using wild salmon fillets as the resulting jerky will have far better flavour.

Although fat is where the flavour lies in so many things, it’s actually the enemy when making jerky as it can quickly turn rancid. Ideally use salmon fillets cut from the tail, rather than the belly.

Before preparing the salmon jerky, it’s also important to make sure the fish is pin boned. Your fishmonger should be able to do this for you, otherwise run your fingers over the flesh and feel for any sharp bones. Use clean pliers or tweezers to remove them.

If marinating for longer than the suggested time, leaving the skin intact will keep the salmon flesh together and prevent it from easily breaking apart. 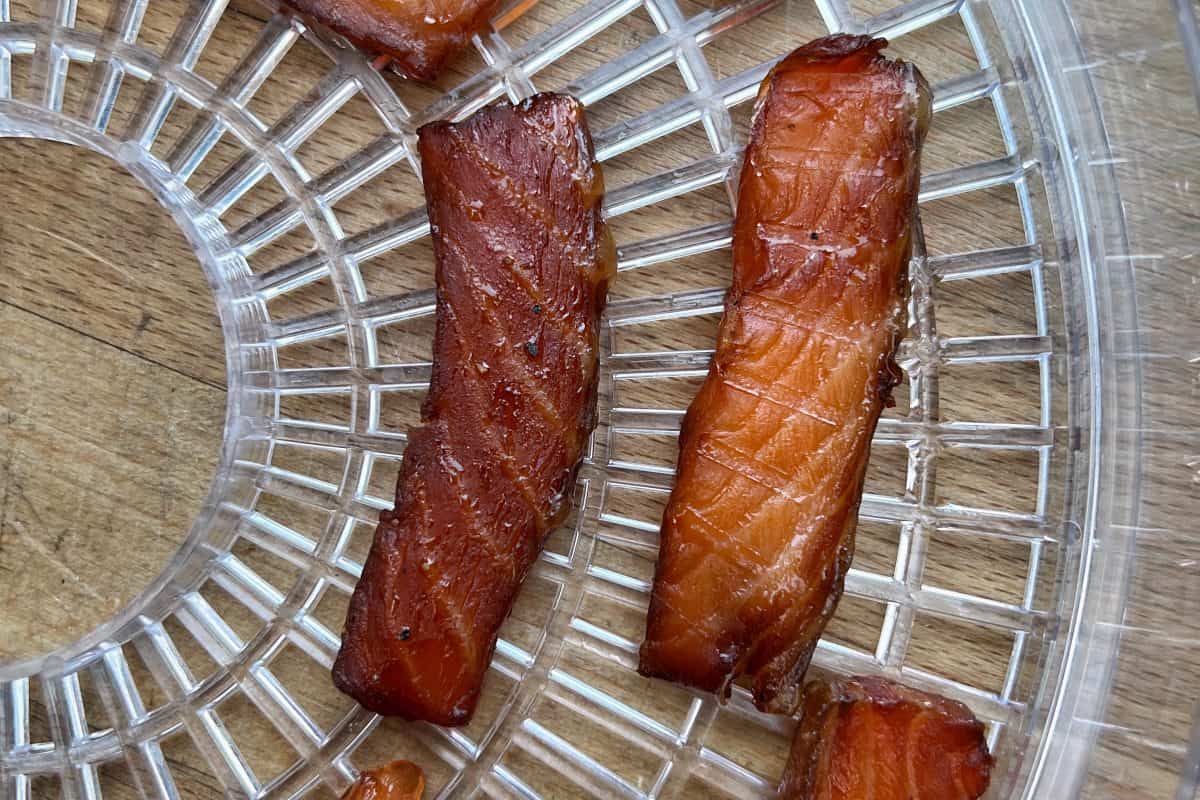 Related: How To Make: Homemade Mozzarella