Finished with a glaze inspired by duck a l’orange, this roast duck recipe is both impressive and easy to get right. 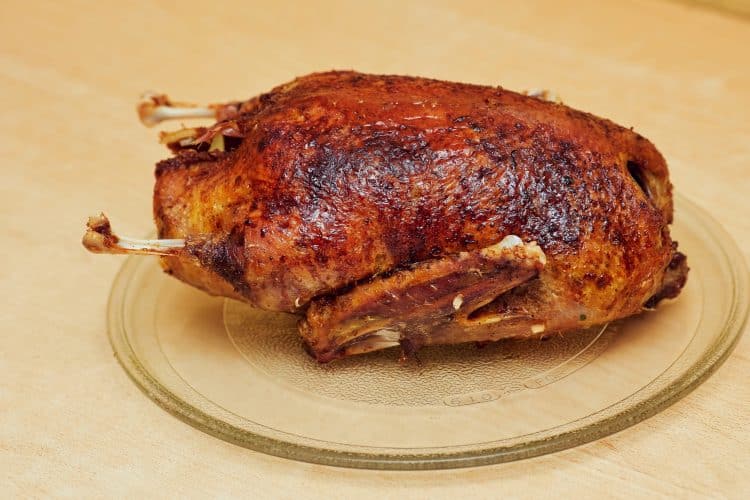 While the bird can be prepared in a great variety of ways, a whole roast duck isn’t just an impressive centrepiece, it’s also far easier to cook than you might think.

Eaten in many cuisines around the word, duck is high in protein and iron, but also in fat, which deters some people from cooking the bird at home, with a general consensus suggesting duck is difficult to cook well. The fact that duck breast can be served pink, like most red meats, actually makes it far more forgiving than most poultry; and when the thick layer of subcutaneous fat (for insulation) is rendered properly, it’s absolutely delicious. In addition to the breasts, confit duck legs are a wonder of the culinary world, the liver is commonly used for foie gras, in place of goose, and the fat is amongst some of the world’s most cherished for cooking.

The key to perfect roast duck is crispy skin. This can be achieved by following a number of practices, but leaving the duck to dry out in the fridge, uncovered, overnight is perhaps the easiest, followed by pouring a kettle of boiling water over the skin and leaving to dry for an hour or two before cooking. This, along with slow-cooking the duck, helps to perfectly render the fat, which I’d suggest reserving for use in other dishes. Slow-cooking will produce meat that’s more well-done, but extremely tender, cloaked with that crispy skin. It’s also worth noting that most whole ducks will include the giblets and a neck bone, which can be used to make a delicious gravy, and excess fat in the cavity, which should also be reserved and utilised either in other dishes or for roast potatoes to accompany this dish.

This roast duck recipe is also finished with a glaze inspired by duck a l’orange, the popular British take on canard à l’orange, a dish consisting of duck with bigarade sauce most commonly associated with France, but actually alleged to originate in Florence, Italy. 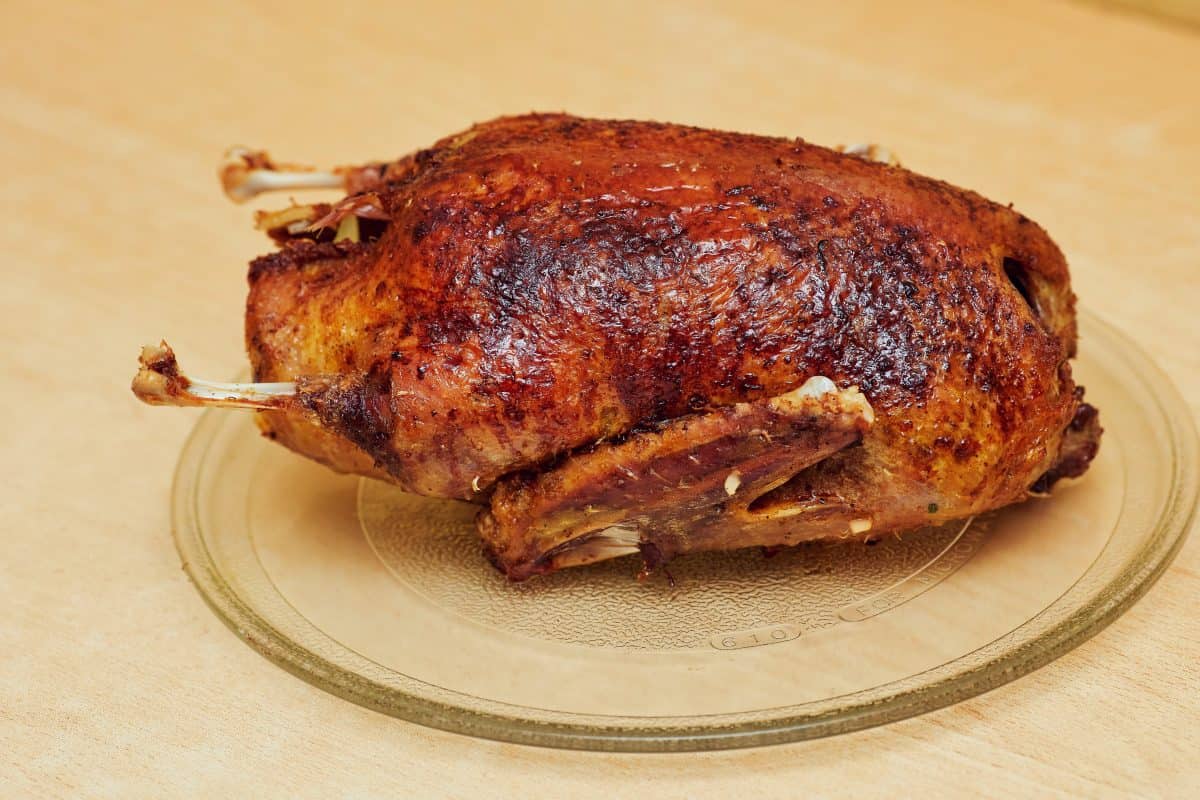