A copycat recipe for the massively popular Popeye’s chicken sandwich. 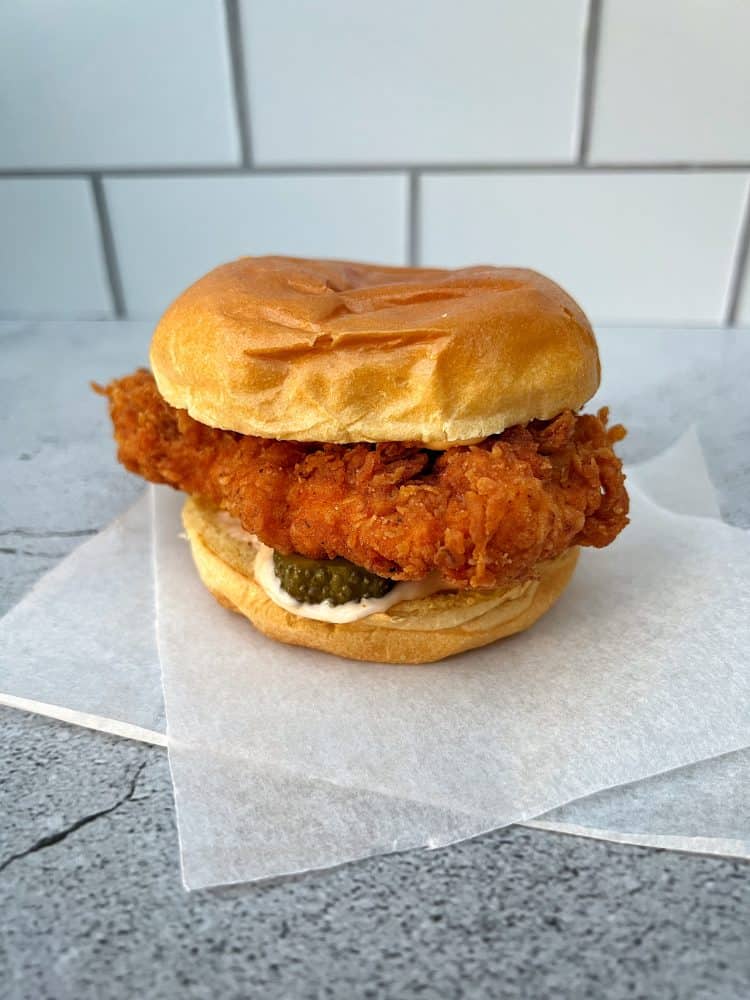 When the Popeye’s chicken sandwich was first launched in 2019, the hype was almost palpable – even from the other side of the Atlantic. When the fast food chain sold out and stores were forced to turn customers away upon the initial release, one unhappy customer even went so far as filing a lawsuit for “deceptive business practices”. When the sandwich finally returned to stores a few months later, Popeye’s continued to struggle with meeting demand, and some customers even resorted to violence just to get their hands on the famous Popeye’s chicken sandwich.

Towards the tail end of 2021, Popeye’s caused even more excitement by unveiling plans to launch its first international venture, opening a site at Westfield in Stratford, London. Joining a nearby Wendy’s, Popeye’s took over the former KFC spot in the shopping centre’s food court, generating a huge amount of buzz. During the first few weeks of opening, the first UK outpost of Popeye’s was extremely busy, even more so than expected. A portion of the food court was allocated for large queues which snaked around and back on itself as overwhelmed staff rushed to take orders, cook and serve a limited menu headlined by the Popeye’s chicken sandwich. People queued for hours. Reluctantly I even waited almost three hours for dinner, making it to the counter just before the shopping centre closed. Even now, Popeye’s still demands long queues at peak times, but significantly less than upon opening.

The Popeye’s chicken sandwich was, of course, a must order, plus almost everything else on the menu as I didn’t plan on queueing again any time soon. The chicken sandwich was great, far better than direct competitors, and accessibly priced at £5.95. But was it worth the wait? The food was perfectly fine, but didn’t quite live up to that eaten at Popeye’s while in the United States. Perhaps it’s the sense of place, the significantly different ingredients and suppliers, or just sheer exhaustion from standing in a queue, wearing a mask, in a hot, windowless shopping centre for 167 minutes, regretting all of the life choices I’d made up until that point. To cut a long story short, it wasn’t quite worth the hype – though few things ever are.

Fortunately, Popeye’s is now available for local delivery in the UK, with plans to open another site in the very near future. Until then, the below copycat Popeye’s chicken sandwich recipe will hopefully suffice if you’re not local, or just don’t feel like queueing. 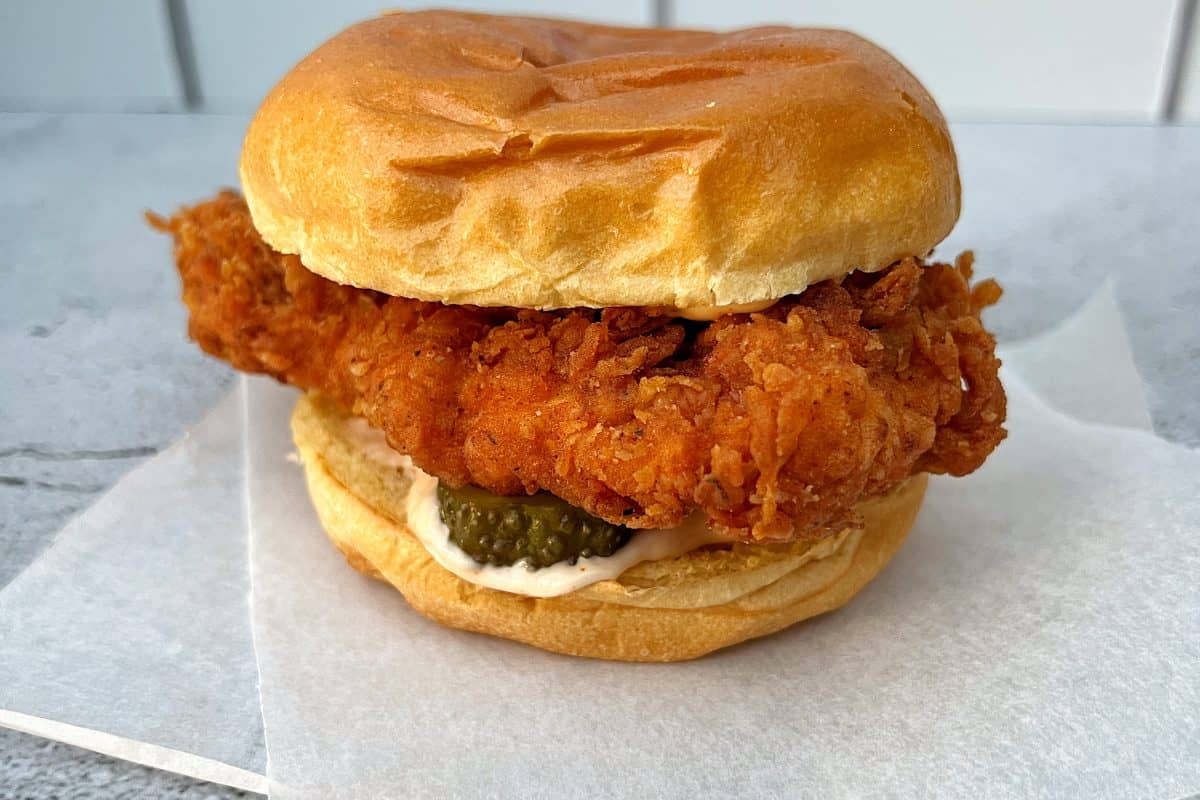 For the spicy mayo

Related: How To Make: Domino’s Garlic & Herb Dip At Home