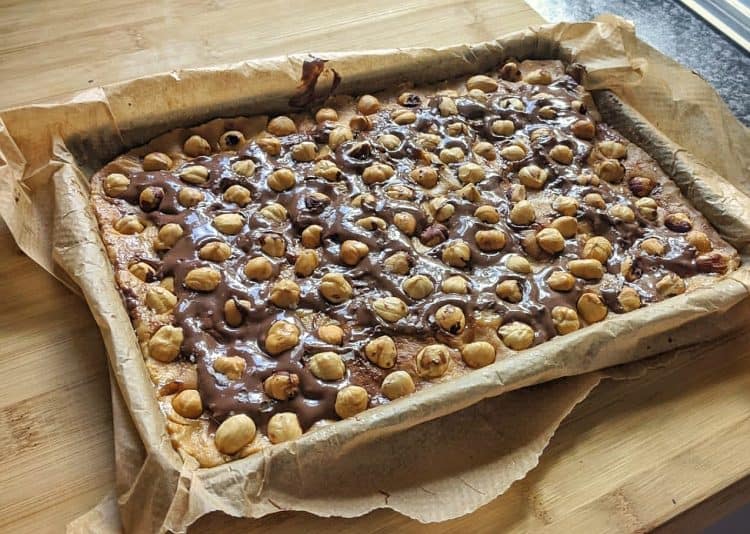 A fondant slab confection, fudge is made by boiling sugar with milk to the ‘soft-ball’ stage, which partially caramelises the sugar. While traditional fudge recipes call for precise measurements and cooking times, they can be difficult to get right at home. Instead, this simple fudge recipe uses condensed milk, while the final product is topped with hazelnuts and chocolate/hazelnut spread (such as Nutella) to deliver a flavouring not dissimilar to beloved Ferrero Rocher chocolates.

While many sweets have ancient origins, fudge is a relatively recent creation. The exact geneses aren’t entirely clear, but it’s generally believed that fudge was created in the United States of America during the late 1800s. Emelyn Battersby Hartridge, a student at Vassar College in New York, is said to have received the recipe from a classmate’s cousin who “fudged” an attempt at making caramel. Fudge then went on to become popular at women’s colleges, mentioned in various historical diaries and letters.

In both the US and the UK, fudge is synonymous with gift shops in tourist hotspots, and is often flavoured. Chocolate fudge is the most popular in the US, while clotted cream, raisin, and toffee are popular in the UK. Given its versatile nature, however, fudge is particularly well suited to a huge number of modern flavour concoctions: cherry and almond, peanut butter and jam, coconut and lime, pistachio and dried cranberry.

Combining condensed milk, butter, and sugar, this fudge recipe is cooked for around 10 minutes and stirred constantly until it reaches the correct temperature. You can use a digital thermometer, or drop a small piece into a glass of very cold water to test, then after a short cooling period vanilla extract is vigorously mixed into the fudge until it firms slightly. Once cooled in a lined baking tin for three hours at room temperature, or an hour in the fridge, the plain fudge is ready to eat. The ‘Ferrero Rocher’ fudge flavouring then comes from drizzling with chocolate/hazelnut spread and studding the mixture with roasted hazelnuts. 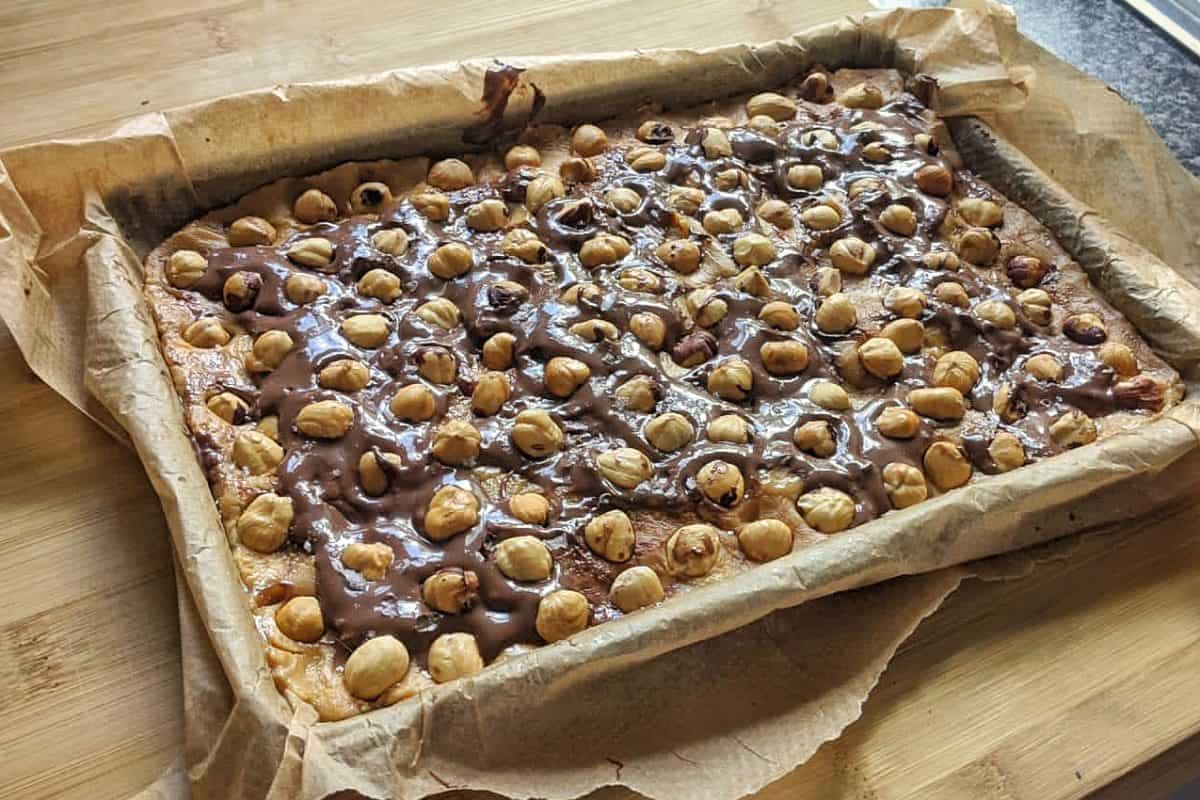