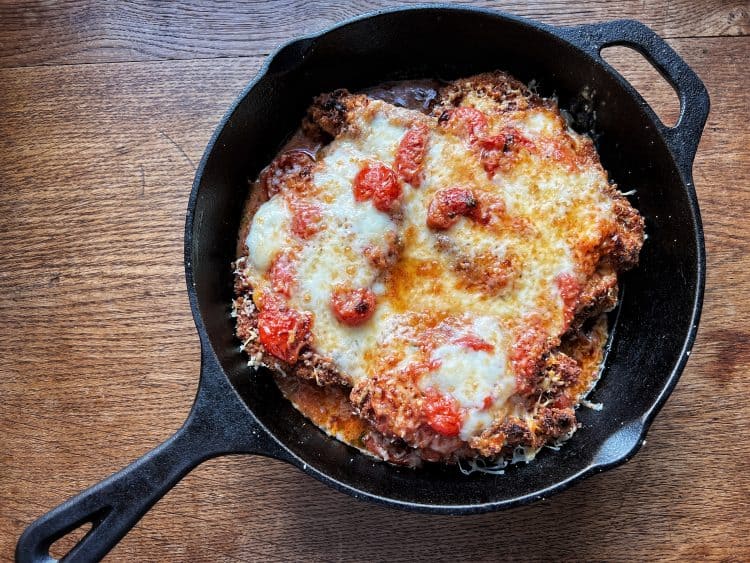 Believed to have originated in the northeast United States, created by Italian immigrants, chicken parmigiana is generally considered a play on the classic aubergine parmigiana. Named after the cheese rather than the city of Parma, it’s suggested that the first recipe for what could be recognised as aubergine parmigiana was published in an 1837 Neapolitan cookbook by Ippolito Cavalcanti. The chicken parmigiana is a far more recent adaptation, however, with Italians in America taking advantage of the country’s affordable meat markets rather than relying on inexpensive vegetables back in Italy.

Having become extremely popular during the mid-20th century, chicken parmigiana was a staple in Italian fine dining restaurants in the northeast United States, having become a benchmark of Italian-American cuisine. Today, however, the dish is best known as a comfort food dish, typically served as a main course, occasionally on top of pasta, or scooped into submarine rolls to make simply outstanding sandwiches.

Traditionally breadcrumbs are used, but this chicken parmigiana recipe makes use of either blitzed olive oil crackers or breadsticks, though all-purpose breadcrumbs, fresh bread crumbs or panko also work well. The flattened chicken fillets are dredged in flour, then egg, then whichever breadcrumbs are used, then fried as soon as possible to prevent the coating from becoming soggy: an important foundation to the dish, which needs to retain some of its external crunch due to being topped with a quickly made tomato sauce and smothered with cheese.

For the chicken parmigiana topping, it’s also worth investing in high quality ingredients. With the sauce, for instance, it demands to be cooked quickly, unlike slow-cooked ragùs. As such, the sauce won’t have the same level of sweetness, so using good tinned tomatoes will really pay off. The same goes for the cheese. A relatively low-moisture mozzarella will be your best bet here, to prevent the chicken from becoming soggy and unenjoyable. 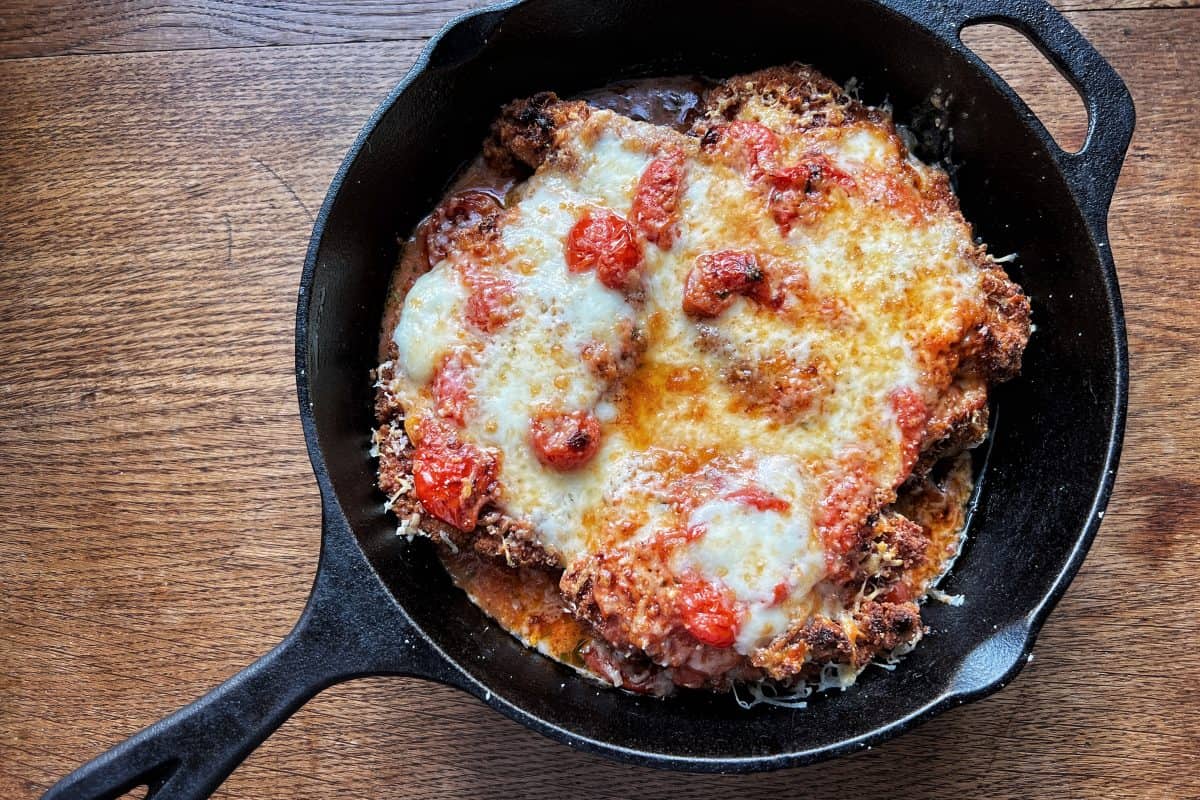 Related: How To Make: Spaghetti & Meatballs