Also known as sweetheart or pointed cabbage, Hispi cabbage is an unexpected BBQ hero, drizzled with a butter-based sauce spiked with anchovies, chilli, and lemon. 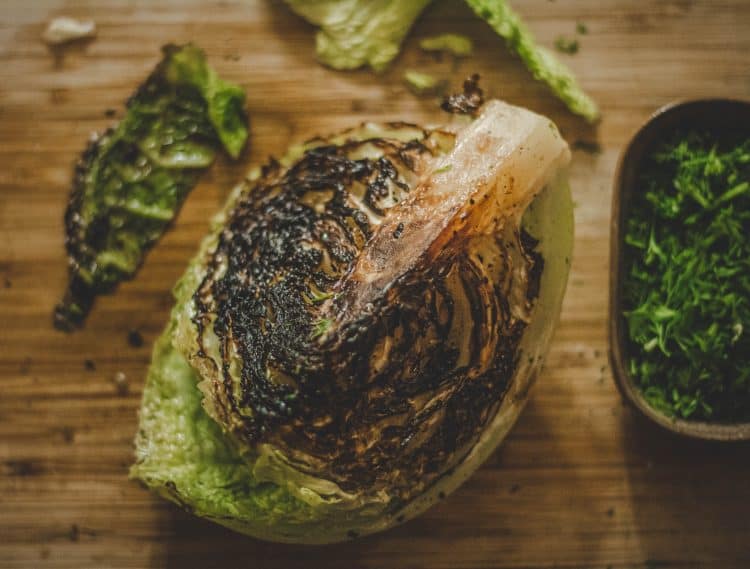 As far as British BBQ culture is concerned, grilled meats generally take centre stage (although often cooked terribly). A huge number of fruits and vegetables work particularly well on the BBQ, however, as has been demonstrated by recent trends, with grilled vegetables having become a staple in so many restaurants, competing with low and slow grilled meats. Pineapples, bananas (ideally wrapped in foil and doused with a generous dash of rum), and stone fruits provide a delicious alternative to burnt sausages and undercooked chicken drumsticks, while cauliflower and corn on the cob take particularly well to being grilled over charcoal, wood. Hispi cabbage is another unexpected BBQ hero, drizzled with a butter-based sauce spiked with anchovies, shallot, lemon juice, and a suggestion of chilli.

Also known as sweetheart or pointed cabbage, Hispi cabbage takes the popular ‘sweetheart’ moniker from the French word for cabbage (chou), also used as a pet name for sweetheart. The variant of white cabbage is also slightly sweet, more so than ordinary cabbage, and takes less time to cook. Tight, green, and leafy, Hispi cabbage has a softer texture than green cabbage and also contains plenty of vitamin C. In addition to being low in calories and fat (before its dressed with butter, at least), Hispi cabbage is also one of the most easily digestible types of cabbage.

At the less expensive end of the scale, one Hispi cabbage can generously feed two-to-four people as a side, taking fewer than 15 minutes to cook on a BBQ or in a hot (ideally cast-iron) pan. When buying Hispi cabbage, it’s important to look for bright leaves and avoid wilting cabbages. The central stalk of each cabbage’s core can be fairly tough when cooked quickly, so benefits from being removed with a V-shaped cut, but it’s crucial to avoid removing too much of the core as the leaves will separate.

Charring Hispi cabbage is also best executed with patience. Although the overall cooking time is fairly quick, the char lines will take longer to form if the cabbage is moved too often. I’d recommend brushing the raw cabbage with a cooking oil of your choice, seasoning, and cooking each side over a high heat for 4-5 minutes, undisturbed. If cooking indoors, in a pan, place something heavy on the cabbages to help them colour more evenly – a clean, heavy-based saucepan will work well. The accompanying sauce should also be made just before cooking, although it can be gently reheated while the cabbages rest for a few minutes. In an ideal world, I’d also suggest asking somebody to help with reheating the sauce while you tend the BBQ. 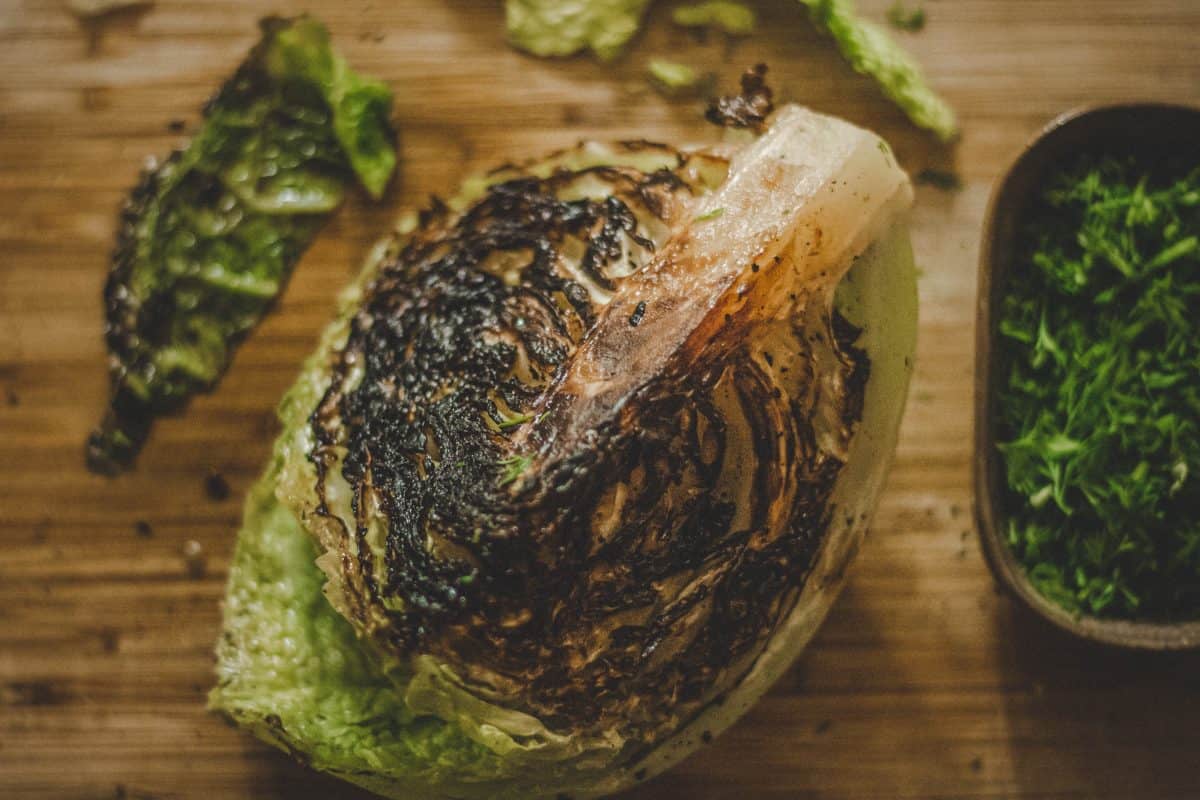 RELATED: These are the best BBQ kits available for nationwide delivery