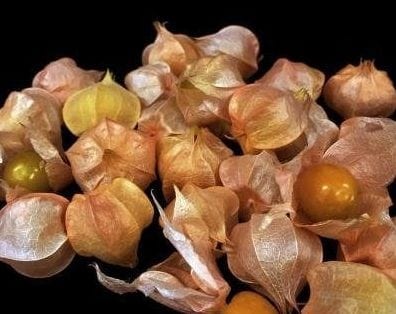 A rare fruit about the size of a marble could become as popular as the strawberry, according to new research.

They improved its size along with the shape of the plant and production of flowers – meaning it could become agriculture’s next big crop.

Nicknamed the strawberry tomato, dwarf cape gooseberry or husk cherry, the small yellow berry is surrounded by a papery husk.

Plant expert Professor Zachary Lippman, of the Howard Hughes Medical Institute in the US, said: “I firmly believe that with the right approach, the groundcherry could become a major berry crop.”

He admitted some experts might consider the idea far-fetched.

Prof Lippman added: “But I think we are now at a place where the technology allows us to reach.”

His team used a technique called CRISPR that has been described as working like a pair of ‘molecular scissors’ by snipping DNA with the introduction of a harmless virus.

The results published in Nature Plants show it is possible to take a plant that is practically wild and bring it close to domestication in a matter of years – much quicker than traditional breeding methods.

Groundcherries typically produce hundreds of fruit on each plant. For growers, new crops mean a chance to diversify and offer more options to consumers.

Prof Lippman said the next major berry has eluded food producers for years.

Groundcherries are appealing candidates because they are drought tolerant and have an enticing flavour.

He describes it as tropical but sour, sometimes with a hint of vanilla, and says you have to taste it to fully grasp its complexity.

The fruit, known scientifically as Physalis pruinosa, is native to Central and South America and belongs to a group of plants known as orphan crops because of poor shelf life or low productivity.

Prof Lippman said it can take anywhere from a decade to thousands of years to domesticate a crop from the wild.

Researchers and growers need to figure out the plant’s genetics, adaptations, and how to cultivate it. Few orphan crops become household names.

Quinoa, the fluffy, high protein grain that’s now standard in supermarkets, is an exception. But others like groundnut, teff,and cowpea remain relatively unheard of outside their home areas. 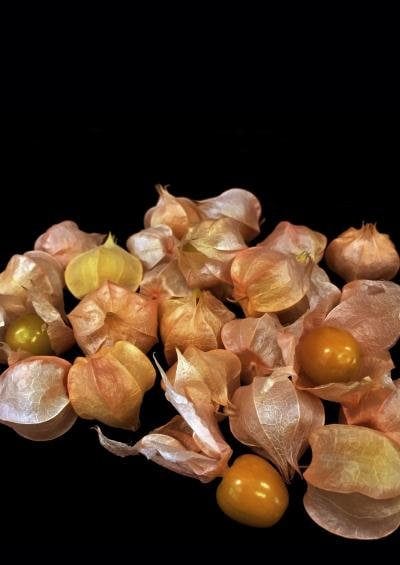 Groundcherries occasionally show up in US farmers markets where “they sell like hotcakes,” Prof Lippman says.

America’s domestic goddess Martha Stewart even has a recipe that suggests drizzling them with olive oil.

But groundcherries are not easy to grow. Now, Prof Lippman thinks the traits he and his team have introduced may prepare the fruit for large-scale production.

Genome editing has been used on many common foods like corn and soybeans – but never on orphan crops.

The researchers made its weedy shape more compact, its fruits larger and its flowers more prolific.

They did this by mapping the plant’s genome, identifying the genes underlying its undesirable characteristics – and changing them with CRISPR.

Prof Lippman’s team and others others have already done similar work in tomatoes, enabling them to find and manipulate those same genes in the distantly related groundcherry.

Next, they plan to improve the fruit’s colour and flavour. Some traditional plant breeding will still be necessary to perfect the groundcherry as a mainstream crop.

When it might appear in high street shops alongside the strawberries, blueberries, blackberries and raspberries depends on obtaining CRISPR intelectual property rights.

Prof Lippman hopes the work will inspire researchers to examine other orphan crops with well studied relatives and consider how those, too, have potential for rapid domestication.

He added: “This is about demonstrating what is now possible.”