Ellie Wilson, 29, denies four counts of abuse of position and sexual activity with a child. 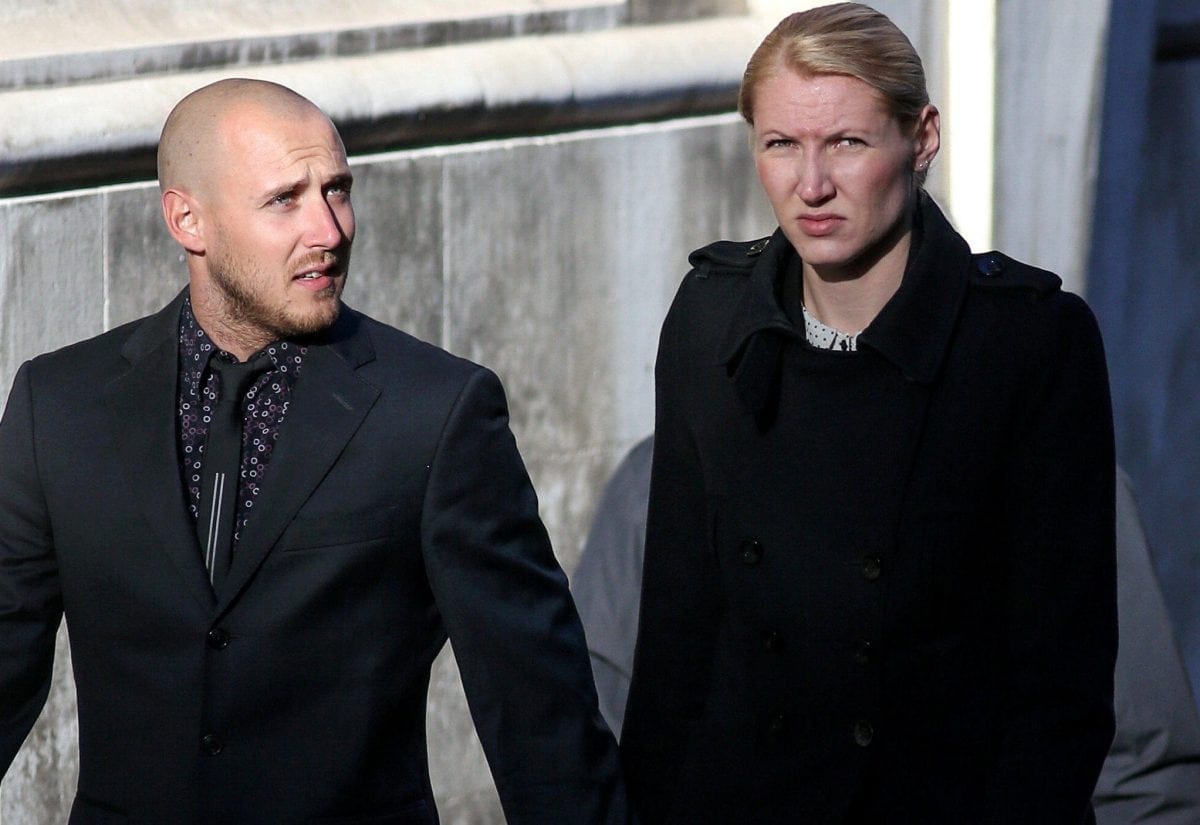 A science teacher had sex with a 16-year-old pupil in an aeroplane toilet and later told him she was pregnant and would have an abortion, a court heard.

Ellie Wilson, 29, performed foreplay on the boy in their seats and then led him into the cublicle where she gave him oral sex, it is alleged.

The pair then had full intercourse while she was perched on one leg in the cramped toilet, Bristol Crown Court heard.

She later told the boy she was pregnant and would have an abortion, which was “hard for him to comprehend”, the jury was told.

The pair then went on dates to Nando’s and country park and he bought her chocolate and flowers in the belief they were in a proper relationship.

But the sordid fling was exposed when a jealous friend of the victim tried to blackmail her into having sex with him.

She refused to comply and confessed to her superiors at a Bristol secondary school, which cannot be named for legal reasons.

Wilson, of Dursley, Glos., denies four charges of sexual activity with a child by a person in a position of trust in August and September 2015.

The opening of trial heard the boy describe in sordid detail how the sexual encounter unfolded on a flight back from a school trip to Africa.

He said they were both drunk from the complimentary booze when Wilson – who had a boyfriend at the time – began kissing him.

“I was in shock” the boy said in a police interview played to the court. “She kissed me properly, on the lips. There was a lot of body touching.

“At this point she ran her hand around my penis. I was wearing jogging bottoms. I carried on and then she slid her hand down my boxers, there was a little foreplay.

“That went on for a bit. Then she proceeded to go into the toilet. She called me in. I walked in closed the door and locked the door.

“We proceeded to kissing and touching and at this point she had my hand down her boxers.

“From there, she pulled down my jogging bottoms and she was placed on her knees.

“My back was against the wall and she was knelt in front of me. Then when she stood up my trousers were down anyway and she pulled her trousers down.

“She moved her left leg up and I held it in my right arm with her foot against the door. It became difficult it wasn’t working – she’s very tall.

“She demounted and turned over doggy style so her hand was pressed against the back of the toilet and here we had intercourse.

“I slid my hands up her top through her bra. She did that until she ejaculated. She turned around to face me.

“She sat down on the toilet – at this point I’m down onto my knees and we carried on having intercourse this way. I said where should I come and she said inside of her.

“I carried on until I ejaculated inside of her. She stood up and got dressed and we had conversation about how to get out of bathroom. We came out sat down where we were sat at the last point.”

Virginia Cornwall, prosecuting, told the court how the pair became close during the outdoor camping holiday to Africa.

They would ‘pair up’ for activities and stay up late talking after other teachers and pupils had gone to bed, which led to an “erosion of boundaries”.

She held his hand on the coach back to the airport, where the group caught an Airbus flight back to the UK.

All the teachers and pupils were drinking on the flight, and the victim described himself as “fairly intoxicated” when the sexual encounter took place.

The boy, now 19, said in the police interview: “We spent a lot of time together. We were on a coach it was a four hour journey to the airport.

“On the coach everything seemed normal. We were sat in back row – I noticed that she was asleep and she touched my hand a little bit. I moved my hand.

“It all kicked off from there. We boarded the plane and had alcohol – it was a long haul flight so all your drinks are free.

“We were probably drinking too much. I was fairly intoxicated. We sat chatting for a bit. We were just talking. It all got a bit touchy – of course I am a bit drunk and I touch her back.”

Wilson confided in the boy that she was pregnant at school a month later, the court heard.

Ms Cornwall said: “The single incident on the plane where he had ejaculated inside her she told him had led to her making him pregnant.

“She told him because she was scared and she didn’t know what to do. She intended to have an abortion. She kept this entirely from her partner.

“This was difficult for pupil to digest, to understand. ”

Ms Cornwall described Wilson, who was a science teacher and head of Key Stage Four at the school – as a “risk taker”. 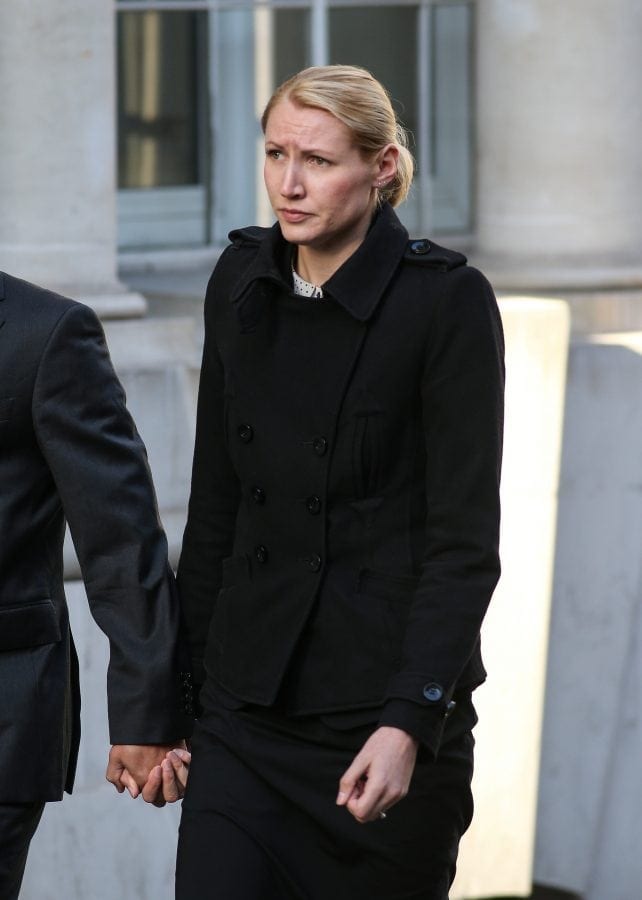 “She was however a woman who had a different side to her. She was a woman who was having a clandestine relationship with a 16 year old pupil. She is a woman who is a risk taker.

“These are offences alleging a breach of a position of trust. We assume, expect and want our teachers, our social workers and those that look after children and educate them to behave in a way that is not predatory that is not sexual.

Describing how their relationship evolved on the trip, she said: “They camped out – it was an outdoor based activity programme, camping cooking their own food.

“When there was pairing up, pupil said often they would be paired up together. They spent a lot of time together during activities. It was her choosing to be with him.

“There were late night chats where others had gone off to bed in their tents. The sorts of chat that he was unfamiliar with.

“[On the flight back] the 16 and 17 years old were able to drink. The adults were drinking. It was alcohol that you may find on the evidence which contributed to a lack of inhibition on the part of this defendant – the intimacies that had built up and the attraction that had developed were realised in what was close contact on the plane and flirtatious touching.

“She had become aroused and sexually interested by the pupil and beckoned him into a toilet on the flight and it is then that they had oral sex then vaginal sex and he ejaculated inside of her.”

The relationship was exposed when another pupil tried to blackmail her.

Ms Cornwall said: “Another pupil became aware of what had happened and started emailing Ms Wilson threatening to expose her unless she in turn said she would have sex with him.

“She engaged with this blackmailer. Instead of going immediately to a superior she tried to deal with it herself.

“It isn’t I suggest to you a usual reaction. She tried to cover it up until it got to a point where she couldn’t cope with it. She told deputy head in middle of February 2016 and the school monitored her emails and police were informed. The child [who emailed her] was dealt with and removed from the school.”

Wilson has been struck off on recommendation from the National College for Teaching and Leadership (NCTL).