A gin that naturally changes colour when introduced to tonic water. 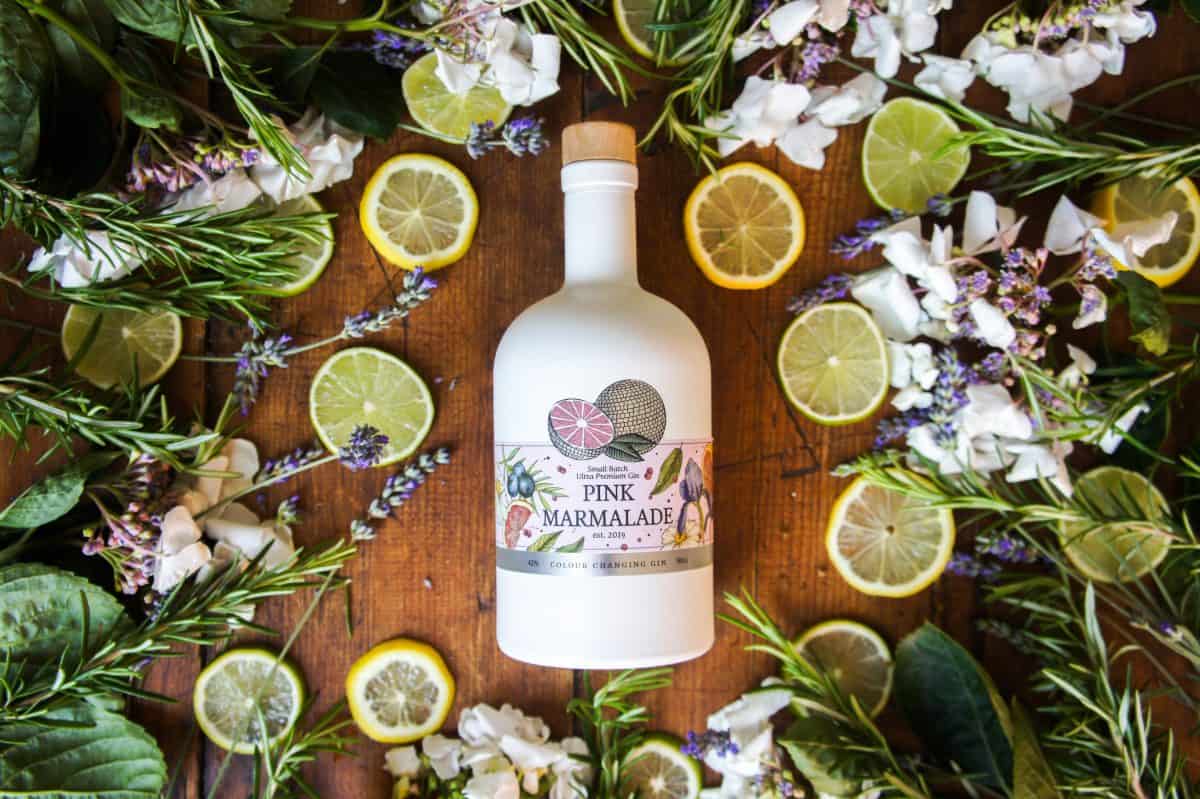 A gin that naturally changes colour when paired with tonic water, Pink Marmalade Gin was launched by a group of three friends working in staging events and party production. Following an Alice in Wonderland-themed party for one of their clients, the trio were inspired to produce a colour-changing spirit similar to a drink served at the event.

For the initial launch of Pink Marmalade Gin, the group worked with an undisclosed distiller to create a premium small batch, single-shot gin. Instead of using large column stills, the spirit is produced with demineralised water in pot stills. While large producers favour column stills for reduced costs and efficiency, the Pink Marmalade Gin team favoured the slower, more labour-intensive way of production, which rewards the extra effort with a gin that showcases the optimum density of botanicals and flavours possible. It’s also 100 per cent natural

In addition to being infused with salted pink marmalade, the spirit is produced with 12 further botanicals: almond, angelica root, pink peppercorns, coriander seeds, dried grapefruit zest, fresh grapefruit zest, orris root, liquorice root, kaffir lime leaf, juniper berries, chamomile, and orange zest. The spirit is also infused with butterfly pea flower (Clitoria Ternatea), which makes the gin change colour from blue to pink when tonic is added. When a neutral liquid is infused with butterfly pea flower, it shows cobalt blue, but when added to an acidic liquid, the butterfly pea appears fuchsia pink. When tonic is added to Pink Marmalade Gin, the PH is reduced from 7.2 to 4.2, resulting in the overall colour change.

There’s more to Pink Marmalade Gin than its appearance, however. On the nose, the gin is citrus-forward, with plenty of juniper presence. Sipped neat, it’s particularly zesty with prominent notes of grapefruit, lime, and orange, joined by some pepper spiciness, piney juniper, white flower hints, a creamy mouthfeel thanks to the almond, and an exceptionally smooth finish.

Pink Marmalade gin is available to buy direct, via Master of Malt, Amazon and more. From £30.

RELATED: Spirit of the Week: The Lost Explorer Mezcal Espadín